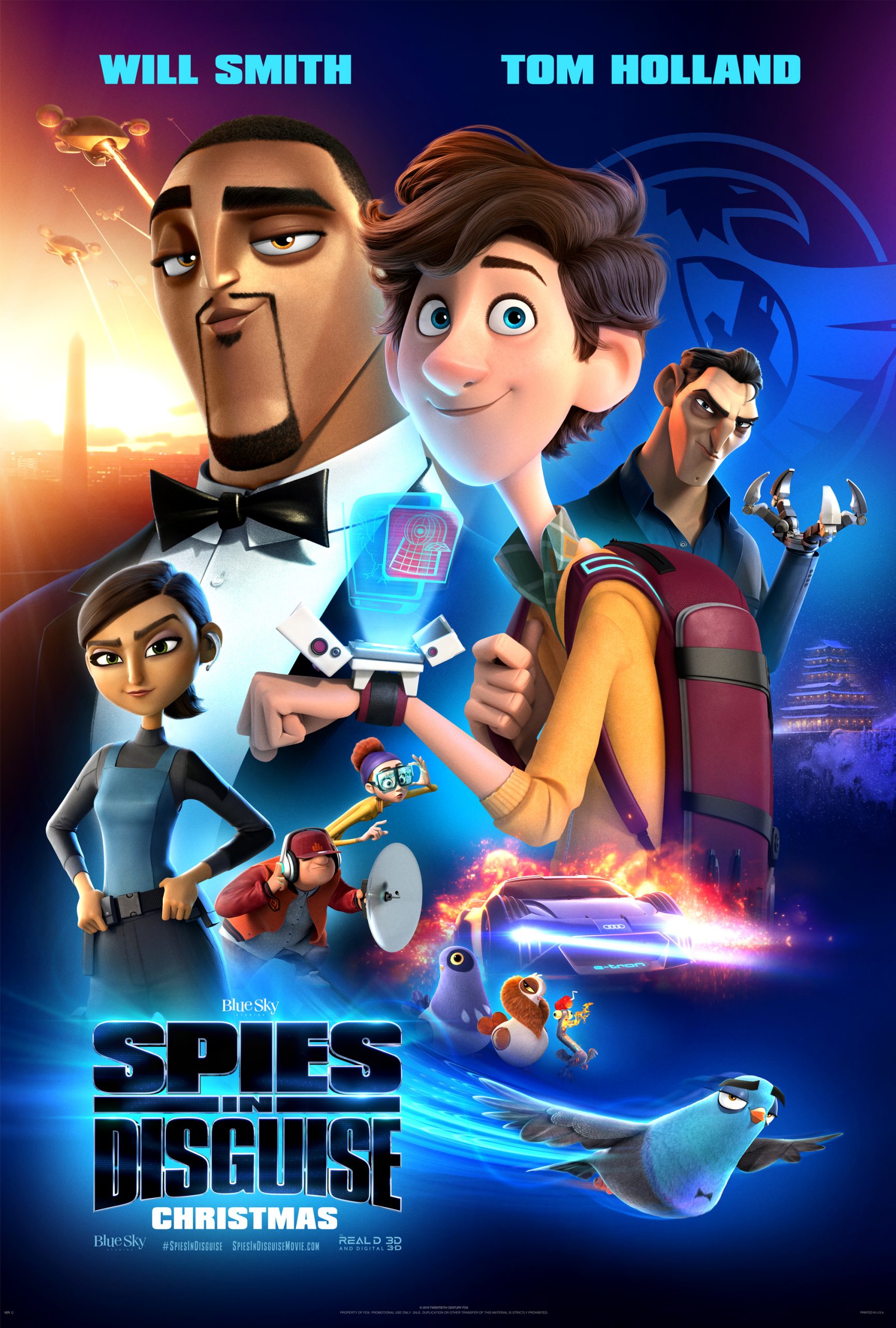 We’ve got the new trailer for the animated film “Spies in Disguise” starring Will Smith and Tom Holland. Check it out below along with the film synopsis and character posters. A new single from Mark Ronson and Anderson .Paak called “Then There Were Two” is available now off the film’s soundtrack. Listen here and pre-order the soundtrack here.

Twentieth Century Fox presents a Blue Sky Studios production, “Spies in Disguise,” an animated spy comedy adventure set in the slick, high-octane, globe-trotting world of international espionage. Super spy Lance Sterling (Will Smith) and scientist Walter Beckett (Tom Holland) are almost exact opposites. Lance is smooth, suave and debonair. Walter is…not. But when events take an unexpected turn, this unlikely duo is forced to team up for the ultimate mission that will require an almost impossible disguise-transforming Lance into the brave, fierce, majestic…pigeon. Walter and Lance suddenly have to work as a team, or the whole world is in peril. “Spies in Disguise” is directed by Troy Quane and Nick Bruno from a screenplay by Brad Copeland and Lloyd Taylor and a screen story by Cindy Davis inspired by the animated short film “Pigeon Impossible” by Lucas Martell. The film stars Will Smith, Tom Holland, Rashida Jones, Ben Mendelsohn, Reba McEntire, Rachel Brosnahan, Karen Gillan, DJ Khaled and Masi Oka. “Spies in Disguise” is produced by Peter Chernin, Jenno Topping and Michael J. Travers, p.g.a., with Chris Wedge and Kori Adelson serving as executive producers.

Listen to “Then There Were Two”