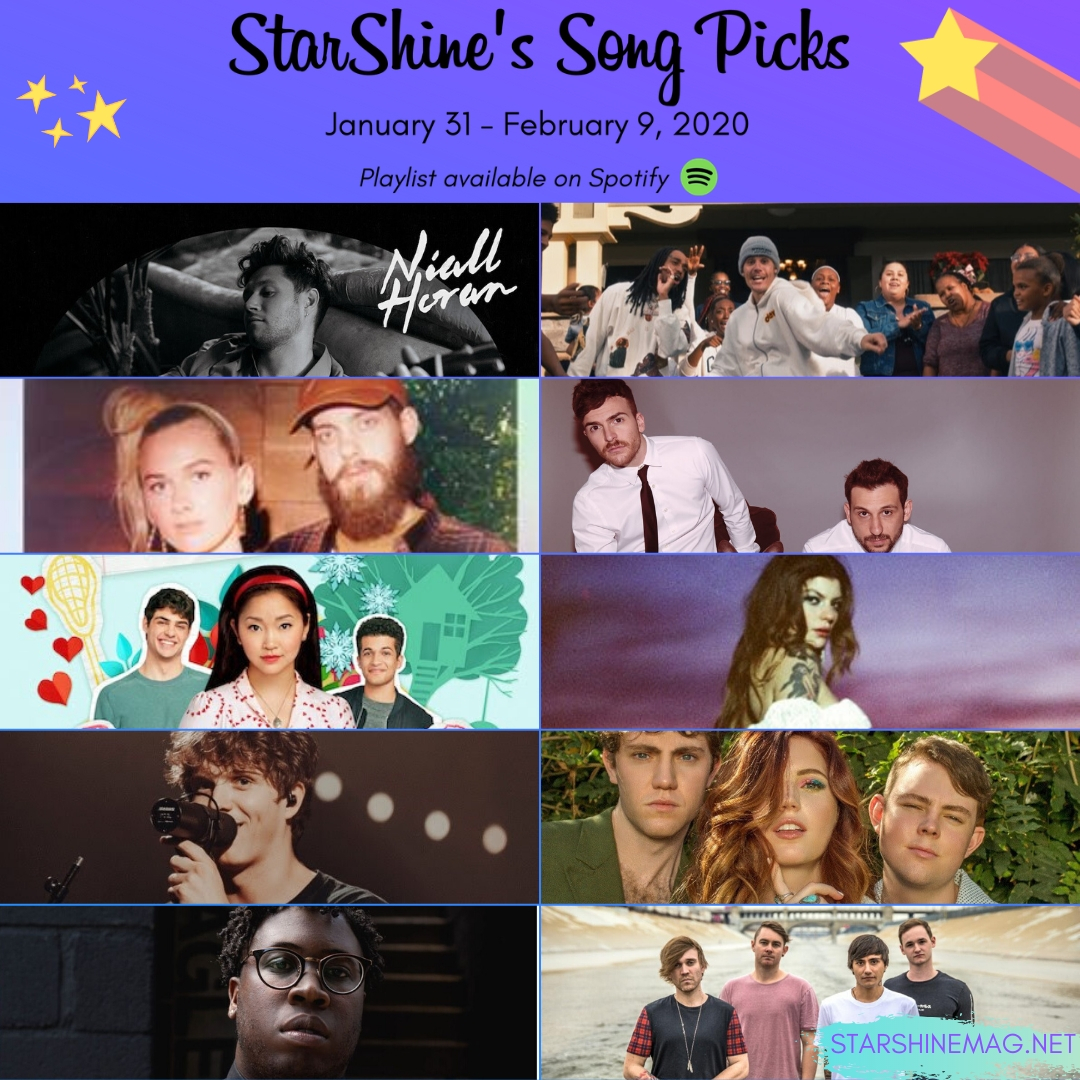 Scroll down to hear about each new song and get the Spotify playlist!

Follow me on Spotify to get all of our playlists and podcasts!

Pure and vibey, "Honest" is a collaboration by San Holo and Broods. “‘Honest’ is a song I wrote a few years back about being honest in every aspect of your life. It delves into the idea of being as genuine as possible when you meet someone, even if nothing comes of it. I would rather be transparent from the start than create a false sense of who I am or what I expect.”


Georgia Nott adds, “Like a lot of songs I write, it half came out of the subconscious pool in my brain. It’s one of those songs that you listen to a year later and understand what you meant more than when you wrote it. It’s just about feeling like there is nowhere to hide when somebody truly sees you as you and asking to have the same transparency in return.”

"Hurt By You" - Donna Missal

Donna Missal is a musical force to be reckoned with. The singer-songwriter is already receiving praise from the industry and fellow artists, like Lewis Capaldi who she's touring with next month.

Here's what Donna had to say about "Hurt By You": “Letting someone go doesn’t have to signify loss and pain exclusively. There can be wide open space on the other side of that to feel autonomy, freedom, and room to grow. it doesn’t have to suck! And you don’t have to be hurt by change.”

Tafari's vocals are rich and deep, full of depth, but delivered with ease. “'Centerfold' is the ultimate 'go f*ck yourself' send off to a self-centerd ex-lover." Tafari says. “I’m a pretty calm guy, but when I get to my breaking point, it’s hard to hold my tongue. This song was written from sheer frustration of trying to let him down gently and realizing that he just refused to understand."

Niall Horan's upcoming sophomore album Heartbreak Weather, which drops March 13th, is being dubbed as one of the year's most anticipated albums. The second single "No Judgement" was released this week along with the music video. “When you’re with me, there’s no judgement. There’s enough people judging, so you don’t need to be judged by me," Niall says of why he wrote the song.

.thanks is a duo made up Steve Pagano and Mario Borgatta who met at Berklee School of Music. They've worked on albums for Foster The People and Death Cab for Cutie.

The Biebs released another single off his upcoming album, Changes which will be released on Valentine's Day. "Intentions" is a sweet, mid-tempo song that is about worshiping the one you love.


For the release of his new single "Intentions", Justin Bieber has partnered up with the LA-based nonprofit organization Alexandria House, which provides safe and supportive housing for women and children who are transitioning from emergency shelter to economic stability and permanent housing.

The video for "Intentions" tells the stories of three “graduates” of Alexandria’s transitional housing program. To honor these incredible women, and the untold stories of so many who show such strength and resilience in difficult times, an Intentions Fund has been established in the amount of $200,000 to support the goals and dreams of the families Alexandria House supports.

Boy in Space aka Robin Lundbäck just released the first of three singles that will come out in 2020. "Caroline" is infectious and relatable. "Caroline is that girl that you're crushing on but is completely out of your league and untouchable," Robin said and added that, "we all knew a Caroline growing up."

We just love new artist Chaz Cardigan! His new song is an exclusive on the To All The Boys: P.S. I Still Love You soundtrack. Much different from his debut single, "I'm Not OK", "As I'll Ever Be" is a much slower introspective that makes you wonder what is going on with Lara Jean during the scene this song is playing in.

"Stuck inside this roller coaster/I just want to get out" Echosmith's lead singer Sydney sings on new track, "Stuck". To accompany the song, Echosmith also released a music video featuring a fashion show.


"No one wants to feel trapped, so we wanted to capture the feeling of that and the tension that comes with it, both in the song and the video. A random and deserted setting, with an over-the-top fashion show, with fire and explosions. Despite the glitz and glamour, no one is impressed, and it just makes you feel a bit strange. Capturing the tension that lies in the meaning of the song was important to us because it lets the lyrics have a life of its own," says Sydney.

Reminiscent of early 2000s alt-rock like Simple Plan and Plain White T's, Between Kings brings back something we've all been missing while adding their own modern spin.


Between Kings shared the meaning behind their new song. "'Antidote' is a song about coming to terms with the harsh reality that mental health issues plague modern society. Whether it be anti-depressants or other forms of self-medication, some of us simply can't get through a day without an antidote. This song touches on these sensitive topics regarding depression and anxiety and comes from a place of honesty as mental health affects so many of us including some of us in the band. So, whether your antidote is music, medication or whatever else helps you get through your day, sometimes it's okay to admit that we all need a little help."

Listen to this playlist on Spotify!

Stay tuned to our Songs of the Week list every Sunday!

Have recommendations? Tag us on social media @StarShineMag!