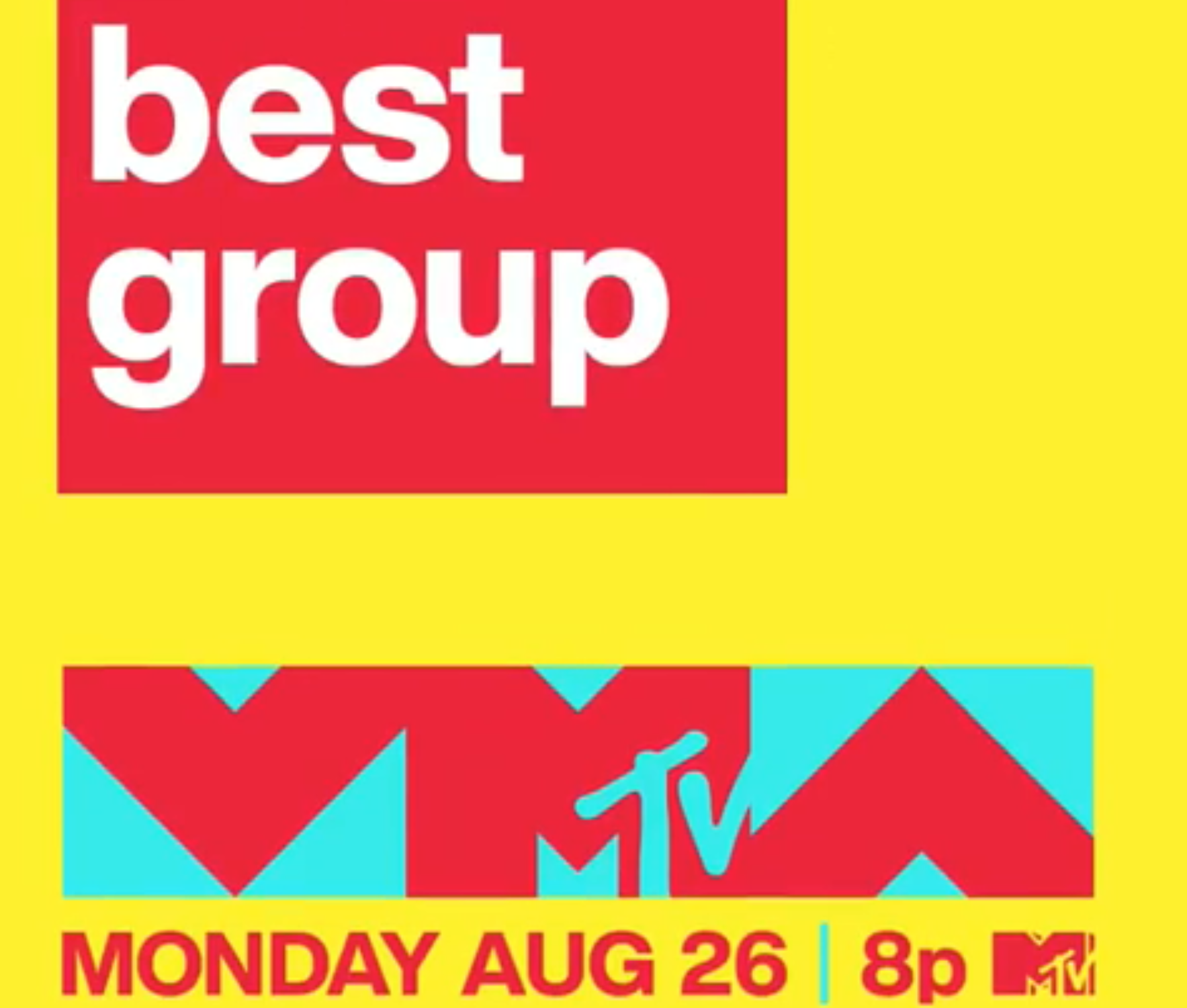 Beginning today, and for the next 24 hours, fans can vote for their favorites in select categories in the 2019 VMAs, including “Best Group,” “Best Power Anthem” and “Song of Summer” on MTV’s Instagram Story.

We’ve got another category! VOTE VOTE VOTE for Best Group on @mtv’s IG story and see what happens on August 26 at the 2019 #VMAs ?

Votes can be made by swiping up on MTV’s IG Story for the following Best Group nominees:

Beginning August 20th at 12:00 p.m. ET, and for the next 24 hours, fans can vote by swiping up on MTV’s IG Story for the following Best Power Anthem nominees:

Lastly, from Wednesday, August 21st at 12 p.m. ET until Sunday, August 25th at 12 p.m. ET, fans can vote for the Song of Summer, presented by Samsung, in bracket-style voting. Nominees include:

Hosted by comedian, actor and best-selling author Sebastian Maniscalco, the 2019 VMAs will air live from Prudential Center in Newark, N.J. on Monday, August 26, 2019 at 8:00 p.m. ET/PT, and across MTV’s global network of channels in more than 180 countries, reaching more than half a billion households around the world.