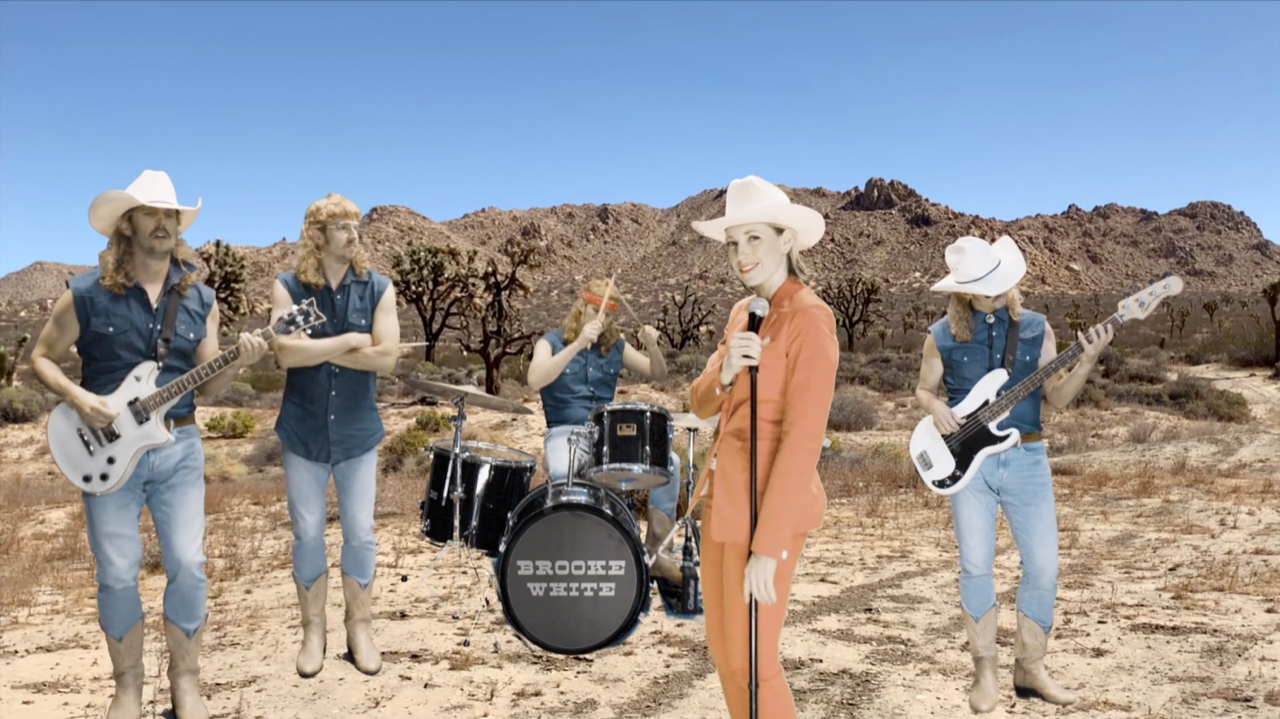 As if StarShine didn’t love Brooke White enough, she released a hilarious video for her single, “Back Pocket”. The video, which was co-directed by Brooke stars Jon Heder of Napoleon Dynamite, dancing and playing multiple quirky characters as backing musicians. Check out the video below!

“Back Pocket is my homage to the 90s country I grew up loving. It’s fun, a little cheeky and doesn’t take itself too seriously, and I wanted the video to feel the same,” says Brooke. “We started thinking of ideas for the treatment, and in my wildest dreams, Jon Heder would be the star and somehow that dream came true! He’s a friend of my director and good pal, Braden Barty. I reached out to Jon thinking it was a long shot, and after a couple weeks went by, just assumed it was a no-go. Then I got a text… ‘miss white, so sorry, I am here, too late?!’ I freakin’ flipped out. A few days later we shot the video and I didn’t stop laughing the entire day! Jon is a such a genuine, funny guy with zero ego and loads of natural talent. I’m so thankful he said yes and couldn’t be happier with how it turned out. Every time I watch it I laugh out loud.”

Brooke recently released her first country album, Calico. Click here to check out our interview with Brooke to learn more about her and how the album came to be.