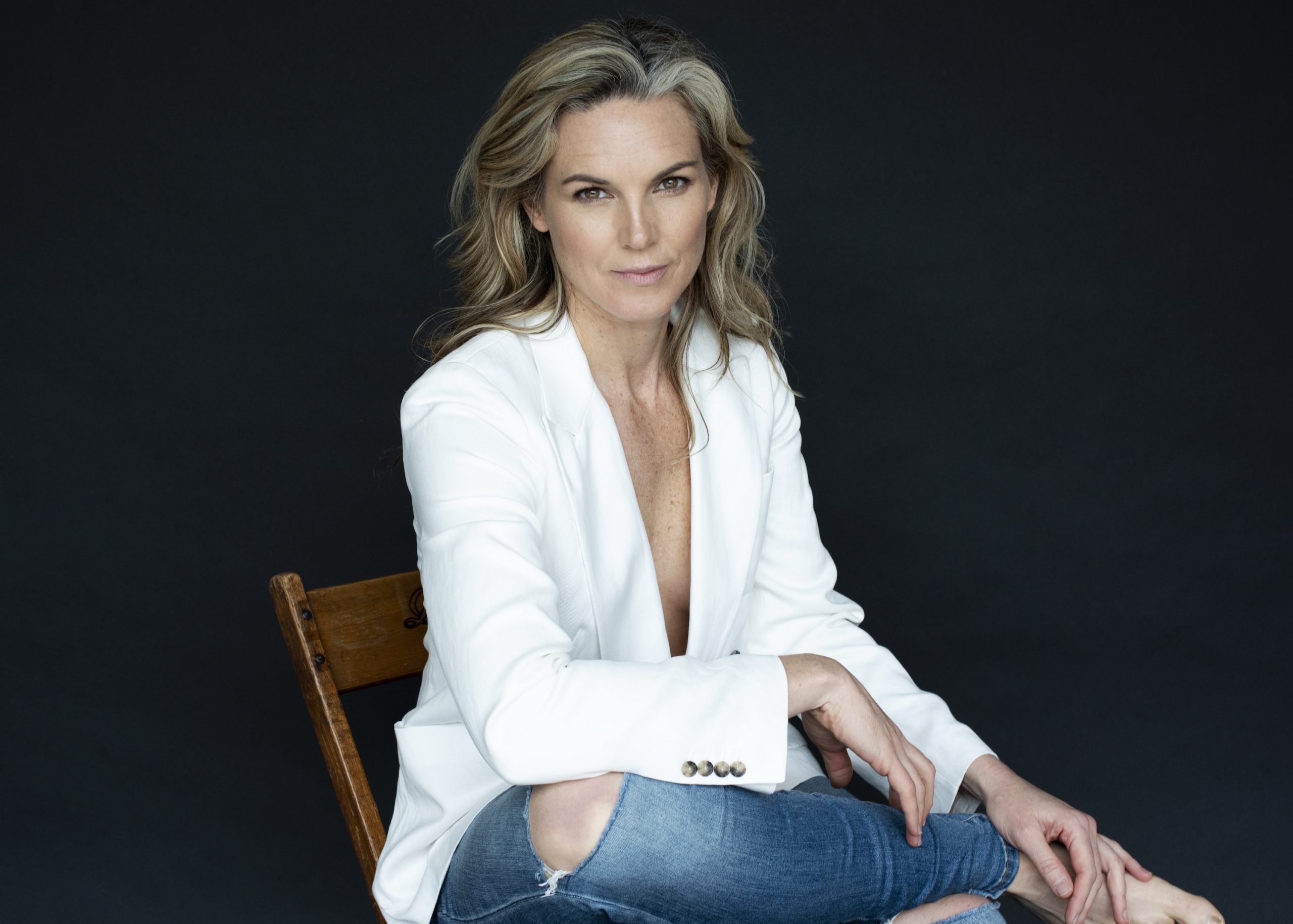 Kate Drummond is an accomplished television, film, and voice actress from Canada known for her roles in the Flower Shop Mysteries (Hallmark) and as Agent Lucado on Wynonna Earp (SyFy). Now Kate stars on the sci-fi musical series, Utopia Falls (Hulu) as Authority Phydra.

Recently, Kate chatted with me on the StarShine Magazine podcast about Utopia Falls, who would win in a fight: Utopia Falls’ Authority Phydra or Wynonna Earp’s Agent Lucado, and more.

Listen to the podcast on the go wherever you stream or listen below.

Listen to Episode #17 of the StarShine Magazine Podcast!

For those people out there who don’t know much about it, can you tell us what Utopia Falls is about?

Well, I can tell you that Utopia Falls is unlike anything that’s out there, I believe. It’s the first ever performance-based sci-fi series for culturally diverse and socially and politically minded young audiences. So basically it feels a little bit like Hunger Games meets America’s Got Talent meets Handmaid’s Tale.

It’s got elements of all these current shows, but what’s really interesting about this series is that it really focuses on the use of music and dance across genres and styles to explore some really relevant themes. So things like youth activism and eco-awareness, diversity and culture and freedom of expression, afro-futurism … It is such a rich series with such current themes that I think it’s really going to get people talking.

Now you play Authority Phydra. Tell us about the character.

I’m the head of New Babyl’s police force so I am the enforcer, which is very fun. It’s my job and my belief to uphold the law and order and the status quo of New Babyl. Whatever comes in and challenges that order or challenges the laws then I definitely have a problem with that. It’s such a fun role. Phydra is extremely smart, very articulate, a little manipulative maybe, you might say, and basically will stop at nothing in her pursuit of controlling this nation.

Then Phydra sets out to determine what is at the root of all of this new influence. It’s very current this whole notion of people having a freedom of expression and then people in power trying to shut them down. It’s very relevant.

I guess that kind of makes you the villain?

It doesn’t kind of make me the villain. I am the villain! But Phydra doesn’t think she’s the villain. Phydra just thinks she’s really damn good at her job and is protecting the citizens of New Babyl. But yes, I am definitely the antagonist of the show which is really fine because you have such strong protagonists fighting for self-expression and obviously they come from deep love of dance and music, and truth and sense of self, and discovery, and when you have such strong protagonists, you need an equally, if not stronger antagonist to give them something to work hard for or be challenged by and I love being the challenge! It was a very fun role for me to play. 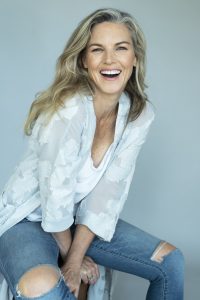 Without giving too much away, can you share a favorite scene?

Let’s just say anytime I got to act with the young adult actors … Those were some of my favorite scenes for sure, but really everything I did on the show, I was just madly in love with. I really have loved my experience working on the show.

If Authority Phydra and your Wynona Earp character, Agent Lucado got into a fight, who do you think would win?

Oh my gosh, I love this question! Definitely Authority Phydra would win … Oh wait a second, no, they both … ooh, I was going to give something away and I can’t …

Okay, who would win … They both have incredible backgrounds in fight training and weapons training so there’s that. They’re equal in that realm. Lucado is, oh boy… Lucado’s got some kick ass moves. I mean she can fight. She can take down Dolls then she could take down Phydra.

But Phydra… I mean she’s got studs on her outfit. You can’t mess with metal studs on your outfit! So who would win? I think Phydra would win. Ask me tomorrow and I might change my mind, but I think Phydra will win.

She doesn’t seem to have a very accessible kryptonite and Lucado did and Lucado had a little bit of a crack in her vulnerability which I think Phydra could potentially use that against Lucado and I think could probably take her down through her heart.

Aside from Utopia Falls, I know you’re also on Ghostwriter on AppleTV+. What role do you play on that show? It’s not listed on IMDb what your character’s name is…

I know, it hasn’t been released yet. I’m still in a confidentiality situation for that … which is kind of like ‘Hey, I’m on Ghostwriter! What’s your character? I can’t tell you! What’s the next question?’

I don’t know when it’s coming out. I thought they would be releasing their episodes quicker, but it looks like they’ve only released seven the last time I checked. I’m in the last part.

I can say this, it’s a character I’ve never played. I have never looked like this. It was so fun and liberating. I played opposite a fabulous actor named Steve Valentine, who is also a very famous magician. I got along with him like a house on fire and just really had a blast. So, I’m really looking forward to that coming out and talking about it when it does, but until then I’m sworn to secrecy.

Get Ready to Rock with THE GRIMPS – An Animated Music Series Coming Soon!