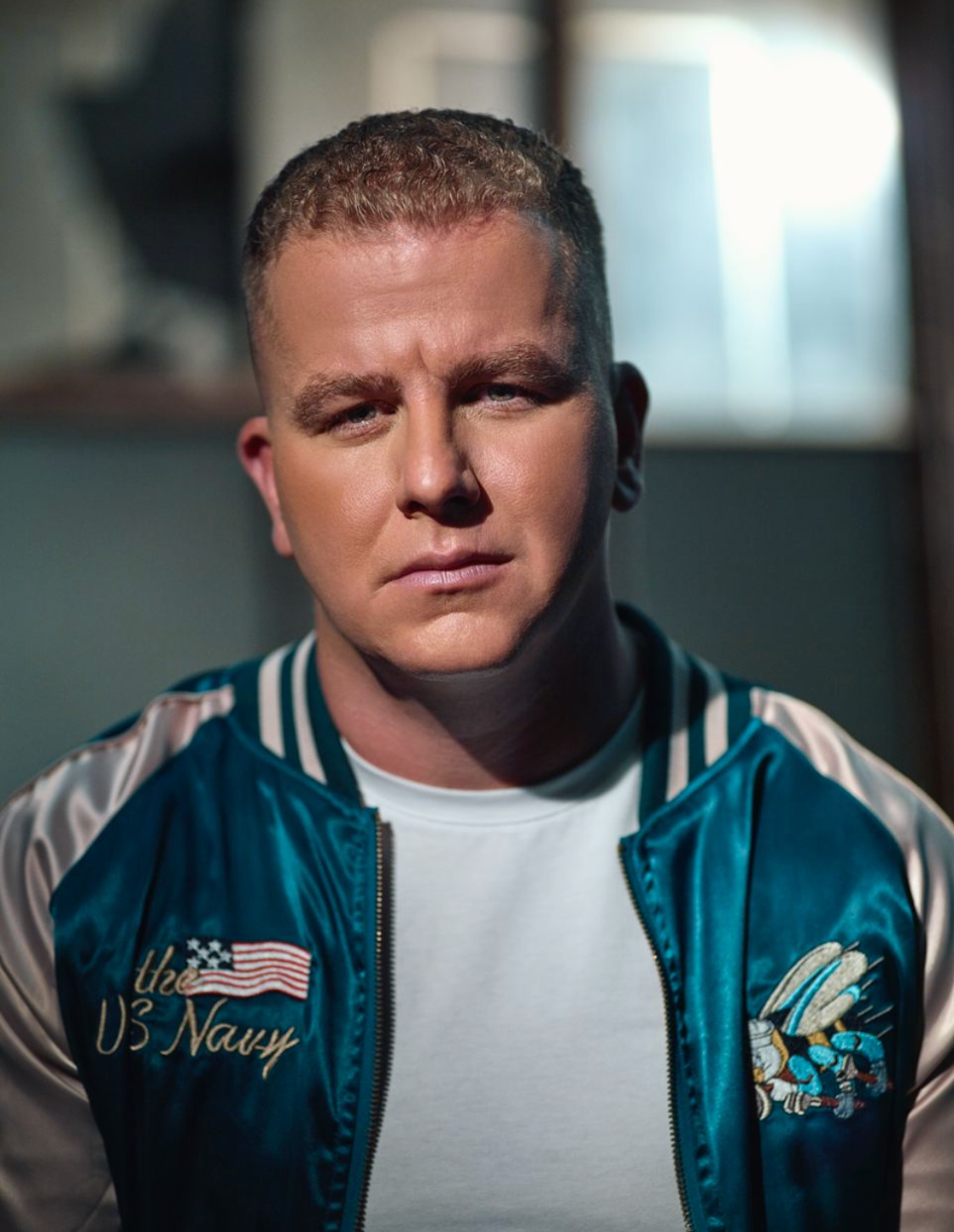 This isn’t Toby Ganger’s first musical rodeo. The singer-songwriter began his musical journey in a successful hip-hop duo that disbanded just as they were making it big. With a background as a child actor in movies, TV shows, and commercials, Toby struggled to maintain work in the entertainment industry and almost wound up homeless! A $2000 royalty from Disney’s Lion King 2 literally saved him! After getting back on his feet, Toby leveraged an early investment in Bitcoin, started a family, and turned his life around. Now Toby is back on track to living his music dreams with a new single and album inspired by his ups and downs. The album is titled Free Machine and the single, “A Moment” is out now on all platforms.

Thank you for speaking with me today. First, I wanted to say congratulations on your new album.

Thank you, thank you! It’s exciting to come back with something.

You have an interesting background in the entertainment industry. Tell us a little about how you got started.

As far as I know, it was first commercials. I was very little and very blond and so was my brother. I think somebody somewhere said you should get those kids in commercials. At the time I guess there were less obstacles to getting in so that’s how we started… doing commercials, TV shows, movies, and voice work. It’s wasn’t until I was about 14 or so that I came back to music again. When I was 18, I was more serious about it.

You were part of a hip-hop duo, right?

Yes. We formed in 2001 and we were working together for eight years. We put together a couple of different albums. It was going really well and we got a lot of positive critical attention. We were featured on MySpace which was really big at the time. We got like a hundred thousand friend requests overnight. It was a powerful medium at the time so things were kind of building up and it was right at that point when my music partner decided he didn’t want to do it anymore so it left me on hiatus for a little while.

I heard you were on the brink of homelessness and a royalty check saved you?

Yeah, it’s kind of crazy. I remember I had a job at the time. I was teaching gymnastics, but I didn’t have enough money for first and last month’s security deposit to get my new apartment. So I was kind of going back and forth sleeping in my car or on a sidewalk. I remember for whatever reason the day prior to getting that royalty check, there was this other guy who was going through a really rough time. He was sleeping on the sidewalk down the street and I had $20 to last me for the next 2 weeks and for whatever reason I gave him $10. I don’t know why because it was not like my character back then and I was freaking out that I wouldn’t have enough money to eat. Then I received that check the next day and I was able to get into the apartment and so it’s just kind of a nice reminder for me sometimes. If you let go a little bit, it can actually bring things to you.

Tell us about your new song “A Moment”. What was the inspiration behind it?

It’s a universal story. I mean from everybody that I know, whether or not they have something drastic happen in the middle of their lives or not, there’s always the constant burden of bills to pay, traffic jams, you have a spouse or significant other bickering with you, or you have kids take care of, all sorts of things. It builds up and I think we all need a moment to process it and heal and to be able to get our minds back to the place where we can re-enter the world in a sane and healthy way. It’s a difficult thing as a lot of people either don’t know how to go through that process or they don’t have the time to or whatever it may be, but things can build up and manifest in other ways. Like destroying relationships or yourself or getting sick or whatever. You need to take that moment for yourself to be able to go back in the world and be functioning so you don’t break down.

You have a background in hip-hop, is your new album Free Machine in that genre? How does it differ from what you have previously done?

I come from a world where lyricism is king and it very much draws on pop music and I think because the producer is European as well, I think there is an influence in that sort of European pop sound. American music has more of an influence of West African music in terms of drums and percussion being the rhythm and driving force. In European music, from my experience anyways, is more melody-driven so I tried to juxtapose hip-hop and pop in a way that makes sense to me.

Which song will you be releasing next?

The next single will be a song called “You Can’t Take It Away”. It’s scheduled to release on October 13th.

What would you say is your favorite song off your upcoming album?

What would you say the differences were for you this time around recording this album?

I would say just having a clear vision and direction of what I wanted to do and the confidence to pursue it. These are all things that were lacking the first time. It being heavier in the pop direction was simply a matter of being comfortable in my skin and not feeling like I had to capitulate to the pressure of what I was supposed to do and just do what I wanted to do. Most of the album was written and recorded in Finland with the producer so definitely a different environment. Much quieter to give me a little time away from my life and family and everything like that, so that gave me some space to think and reflect and see where I was so I think those things were drastically different when it came to this album. I listen to this album now and I feel like this is the first time where I did something and the results match the vision.

What advice would you give to someone just entering the entertainment industry today?

I would say there are predators everywhere. Be careful about being too vulnerable and too dependent. Make sure to build yourself up and build your skills up so that you can make your project or whatever it is that you’re doing somewhat immune to whatever machinations that the industry might have at any given time, whether it be on the large macroscale or in whatever circle you’re in. Criticisms and compliments and all that stuff will come and try not to absorb it too much. If someone criticizes you, cool, get better. If somebody compliments, cool, get better. Whatever it is that they say, just get better, and that way at the end of the day whether they were right or wrong you’re getting better.