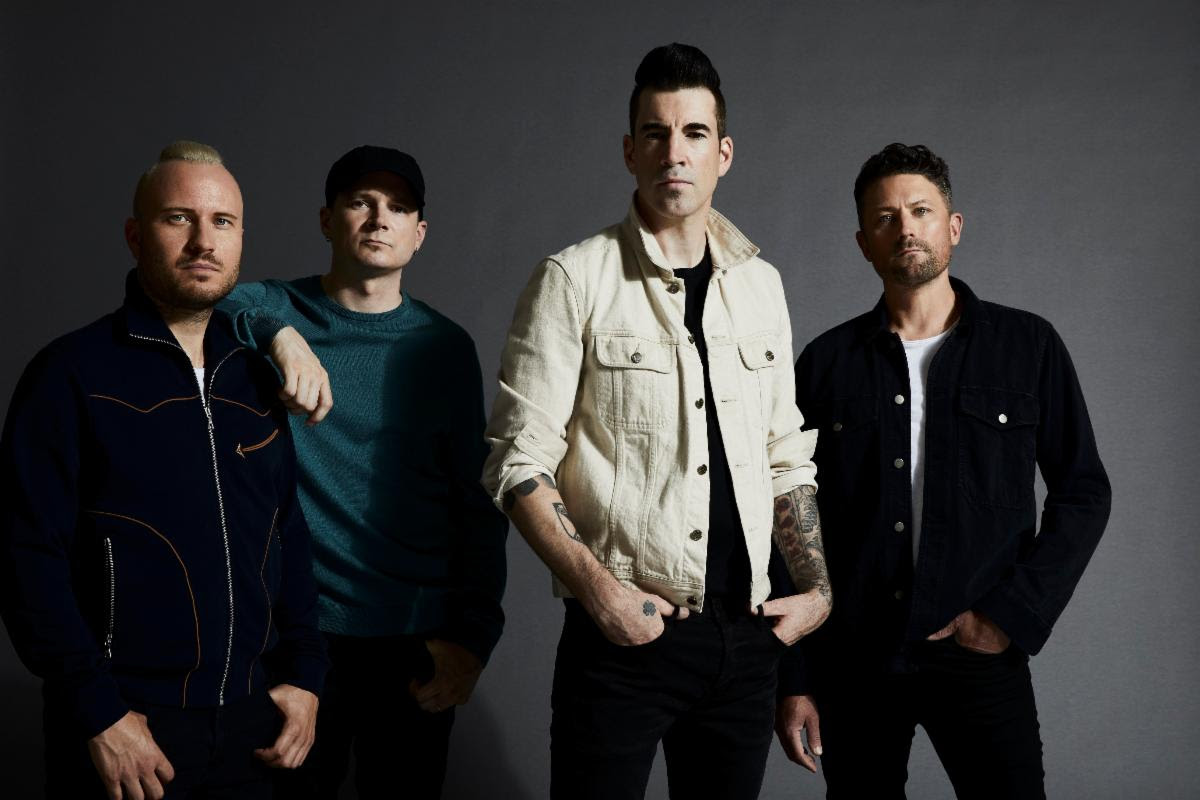 Multi-platinum band THEORY (Theory Of A Deadman) has officially reached #1 at radio this week with their hit single “History of Violence,” off their newly released album Say Nothing, marking the band’s sixth #1 on the Mediabase Active Rock Chart and fourth #1 on the Billboard Mainstream Rock Chart.The powerful single, which has racked up more than 8 million collective streams, turns the tables on a story of domestic violence.
Watch the gripping video for “History of Violence,” illustrating a searing snapshot of a woman enduring an abusive husband as she plans to fight back, eventually ending up in jail but free of her abuser. With the song and video, THEORY has been encouraging anyone affected by domestic abuse to call the National Domestic Violence Hotline (1-800-799-7233) for help. For the band’s upcoming U.S. dates, THEORY has partnered with PLUS1 to donate $1 from every ticket sold to organizations dedicated to breaking the cycle of domestic violence and building a community free of abuse.

Already being hailed their best album to date, the 10-track collection, their seventh studio album, finds THEORY speaking up through timely lyrical commentary that finds the band’s finger on the pulse of the current climate and the issues that our society is grappling with today including domestic violence, racism, the divisiveness in American politics, and anxiety and depression, all threaded together with a message that’s both a cautionary warning and a hopeful wish for our collective future.

“World Keeps Spinning” is a profoundly personal track written by front man Tyler Connolly about depression and anxiety; PRESS HERE to watch the official video. The title track offers up a stark, emotional confessional about a communication breakdown in a relationship that ultimately leads to its demise and “Strangers“ addresses the current tense state of American politics and the divisive nature of our culture, calling out how nasty it has become between those with differing political affiliations and our society’s increasing inability to openly listen and relate to one another.

THEORY is currently in the middle of the Canadian leg of their headlining “Say Nothing World Tour.” Starting April 9th, the band will launch their U.S. cross-country spring tour, featuring special guest 10 Years, at the new Brooklyn Bowl Nashville. Tickets are on sale now; see below for the full list of upcoming tour dates and visit www.theoryofficial.com for all ticketing details.
With undeniable anthems, scorching songcraft, experimental vision, rock ‘n’ roll attitude, and clever pop ambition, THEORY – Tyler Connolly [lead vocals, guitar], Dave Brenner [guitar, backing vocals], Dean Back [bass], and Joey Dandeneau [drums, backing vocals] – peels back the layers of their depth and breadth like never before.

Say Nothing, recorded in London with producer Martin Terefe [Jason Mraz, Yungblud], is a continuation of their musical and thematic evolution, displaying the band’s powerful storytelling in full force and introducing fresh sounds and sonics. Say Nothing is the follow-up to THEORY’s 2017 album Wake Up Call, which featured their platinum single “Rx (Medicate).”

Addressing the opioid epidemic, “Rx” racked up more than 250 million streams, became their third #1 on the Billboard Hot Mainstream Rock Tracks chart, and received an iHeartRadio Music Award nomination for Rock Song of the Year. Over the course of nearly two decades, THEORY‘s impressive catalogue has earned them several platinum and gold singles, a platinum album and two Top 10 album debuts on the Billboard Top 20.