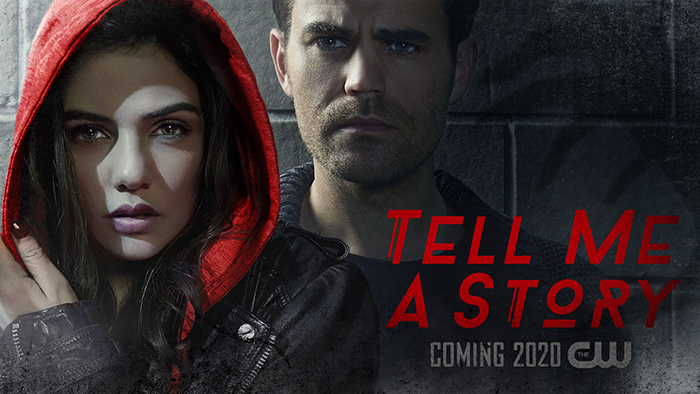 The move to The CW will bring the series a wider audience and allow those, like myself, who have yet to watch Tell Me A Story, a chance to catch up by re-airing the episodes.

The CW feels like a much better fit for the series since Kevin Williamson, who was a writer of the network’s The Vampire Diaries, created Tell Me A Story — which also stars TVD/The Originals alums Paul Wesley and Danielle Campbell.

I recently screened the pilot episode which will premiere on The CW on July 28th. Being a TVD fan, I was excited to see Paul Wesley on my screen again even if he doesn’t have any vampire powers.

The pilot does an excellent job of introducing characters quickly without overloading you with too many complicated details. The characters show you who they are easily with each scene and allows the story to unfold without confusion.

Kevin Williamson is one of the greatest screenwriters of our time, so it’s no surprise that the story is laid out perfectly.

While some fairy tales are obviously hinted at, like Kayla’s (Campbell) grandmother, played by Kim Katrall, trying to hand her a shiny red rain coat or three bank robbers wearing pig masks, the Hansel & Gretel references are harder to pick up on.

Instead of a brother and sister lured into the woods, they’re trying to cover up an accidental murder in a hotel room.

While there will be a delay in many shows coming back on time due to the pandemic, it will be nice to have 2 seasons of Tell Me A Story to get into and hopefully that will provide enough time to create season 3 for its newfound CW audience.