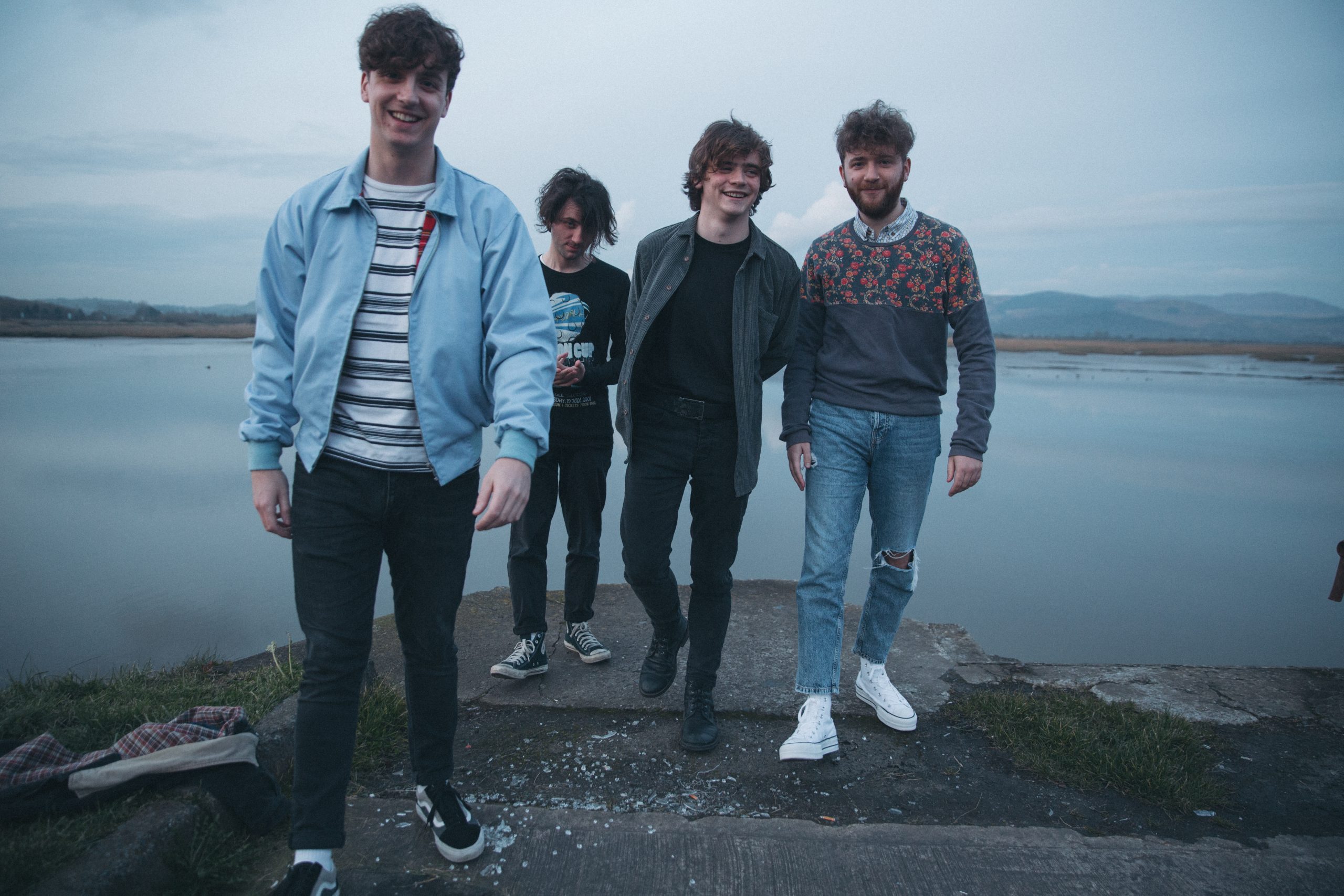 Irish rock band The Academic released their first major label EP, Acting My Age last week on Capitol Records. The first single off the new release, “Anything Could Happen” is a boppy track that has been featured on many playlists, including our StarShine Song Spotlight for June 2020.

The video for “Anything Could Happen” received rave reviews, which was filmed in their individual homes during quarantine. The band’s new single and title track, “Acting My Age” is equally as catchy and relatable for many young adults who are struggling to mature emotionally.

In a virtual press conference to support the release of the EP, The Academic, who is made up of Craig Fitzgerald, Dean Gavin, and brothers, Stephen Murtagh and Matthew Murtagh, discussed the EP, quarantine, and writer’s block.

While in quarantine, drummer Dean says he felt “super productive” while lead singer Craig says he took time to process everything going on. Although, he admitted to writing a Star Wars song about Han Solo called “Fastest in the Galaxy”.

Watch "Anything Can Happen"

A standout lyric to new track “Sunroof” is: “You could make up the words when I had writer’s block”, which makes you wonder how does a songwriter deal with that issue?

“It’s good to practice the muscle even if you’re not feeling it,” Craig says about preventing writer’s block. “It helps you get those bad ideas out and eventually you’ll get to the good ones.”

Of the band’s songwriting process, Craig explained, “I build a skeleton of a song and it’s never fully finished until the 3 other guys put their magic on it. Then it becomes The Academic.”

Listen to the EP!

One thing that the band hopes to come from quarantine, at least regarding music, is that there will be more support for artists in a digital way. Since touring is not an option right now, artists and fans have to turn to alternatives like social media to hear live music.

A notable track on the 6-song EP is “Them” – a slower, somber, but beautiful song that was inspired by Craig’s sister who is in college and going to house parties. He reflected on when he was attending those types of parties and would wind up falling for someone and getting his heart broken in the same night. Craig’s favorite lyric is: “Perfecting the art of an Irish goodbye/Leaving the party with tears in your eyes”.

The Academic worked with a mix of producers on Acting My Age, one being Nick Hodgson (Kaiser Chiefs) as well as self-producing three tracks. Stephen says, “There is a healthy mix. Collaboration is key.”

Prior to this EP, the band has shared the stage with bands like Twenty-One Pilots and legends The Rolling Stones, which Dean lists as their most unforgettable moment so far. “It was like meeting royalty,” he says.

With Acting My Age being their first label release, The Academic is grateful for their indie success and now the extra support from Capitol Records.

“We’ve been an independent band for 6 or 7 years now, so to make the jump felt like the right time and we really valued the experience of making the first album by ourselves. We know what hard work is like and to have the support of a big label now is great. It’s been nothing but positive so far and hopefully that will continue because we’re having a great time,” Stephen shares.

Acting My Age is available where you buy or stream music. If you’re a fan of bands like The Strokes, Vampire Weekend, indie rock, or synth pop – you need to listen to The Academic!