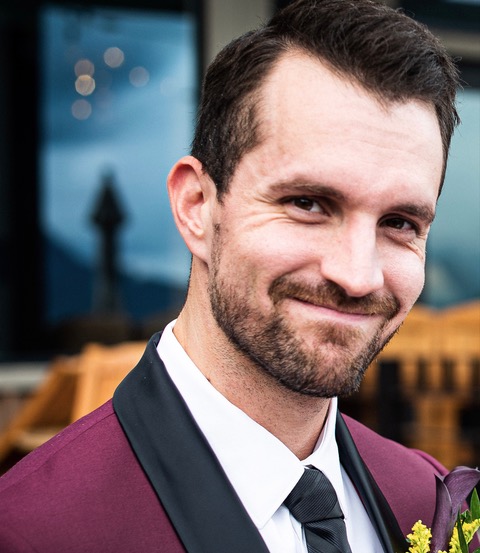 Filmmaker Steve Duraland was born in Salt Lake City, Utah but has recently moved to Portland, Oregon which he now calls home.

Film has always been something that was of interest of to him. Until his Junior year in high school, his only connection to the field was watching movies on the silver screen. It was at that point in his life when he realized that he wanted to make his own films.

Steve studied film at the University of Nebraska at Omaha, graduating with a Bachelors Degree in Film and New Media. From there, with the help of his brother Rob, the two went on to make freelance commercials for companies such as Acuvue Oasis Contact Lenses, Trident Gum and Dish Network. Steve and his brother were able to make multiple short film projects including a fan made trailer for the video game Infamous. In 2014 they made a pilot episode for a series called Origins. It was entered into the New York Television Festival, but sadly did not win.

After that, he moved to Portland with his fiancé and two dogs. It was there where he met John Smith and expanded his filming career even further.

That’s a funny story really… my junior year in high school we were tasked with a project in math class. We had to do some sort of presentation on Pi and how it is used in complex math equations. My brother (who was two years ahead of me and took the same class) decided to make a short film called “American Pi” parodying the popular Jason Biggs franchise.

My brother had me act in his short film and I had a blast! Naturally, when my time came to take the same class and complete the same project, my friends and I made “American Pi Squared”. It was at that point I knew what I wanted to do. I knew I wanted to write, direct, and even act in film. Anything film related, I wanted to be a part of.

What film or filmmaker inspires you?

That would probably have to be Christopher Nolan. I’ve loved everything he’s done, going all the way back to his first original feature, Following. What inspires me and I appreciate the most about him is his passion and attention towards realism. Anything he does in his films he tries as hard as possible to use natural FX, using digital FX only as a last resort. While digital FX is more cost effective and easier to produce, it doesn’t have the same look and feel as the real thing and that’s something I would like to try to bring in to all of my film projects.

Let’s talk about your upcoming film, The CONsequence. What was the driving force behind the story?

The concept for the film started late in 2017, early 2018. John Smith came to me with this idea he had written and wanted to direct and produce. At the time I came in, John had already done most of the heavy lifting (pre-production, hiring crew, casting talent, etc.).

When we started, I was doing various behind-the-scenes work, mostly in the sound department and John was kind enough to give me a small role as “FBI Agent in Van”. (If that doesn’t propel my career, I don’t know what will.)

When the film was all done, we held a screening event at Kell’s Irish Pub in downtown Portland. The amount of people that came to watch was astounding. I couldn’t believe that many people wanted to see something we (well, John) made. The film was well received, and John even won a Best Director award. The biggest complaint we got was “WE WANT MORE!”

Shortly after that we decided to go big-time, developing the short into a feature and create our own company SMKPO Productions LLC.

Hopefully I will have a few reputable projects under my belt, whether it’s in TV or feature films. My real passion is episodic television. I would love to have my own TV show out there, whether it be network or on one of the streaming platforms. I love the idea of bringing characters to the screen that people can come and see weekly and attach and relate too. Especially with the streaming capabilities of the 21st century, there are so many opportunities to create fun and engaging stories and characters.

Shows like It’s Always Sunny in Philadelphia really inspire me. I mean they have had 14 seasons and just confirmed 4 more and they started with just a couple grand and a camera, and that’s what I love – those characters and crazy antics that they have been pulling off for 14 years…that’s something I would love to do and be a part of. They just love creating this show season after season after season and that’s me, that’s what I hope to be doing in five years.

I think the challenge is mainly facing indie/up-and-coming filmmakers such as John and myself. It’s no secret that getting your foot in the door in this industry is no easy task. Even before the pandemic, being a successful filmmaker took a lot of time, effort, and most importantly…money.

With the complications of Covid-19 that’s ten times the case. I personally take this pandemic very seriously. I hardly leave the house except for essential outings, and I always wear my mask. I want to keep my fellow filmmakers and artists safe and out of harms way 100%.

That said, some of these measures put into place are so costly that it makes it near impossible for someone like John and I to get off the ground. I mean, you are almost in between and rock and a hard place; you want to be safe and keep others around you safe, but how do you afford that and still make a film? Where do you cut costs? Luckily, we were fortunate enough to meet and speak with Suzanne DeLaurentiis and she has been extremely helpful and getting us through these hurdles. Were it not for her and her mentorship program, John and I might not be able to produce a feature film and we are extremely grateful. 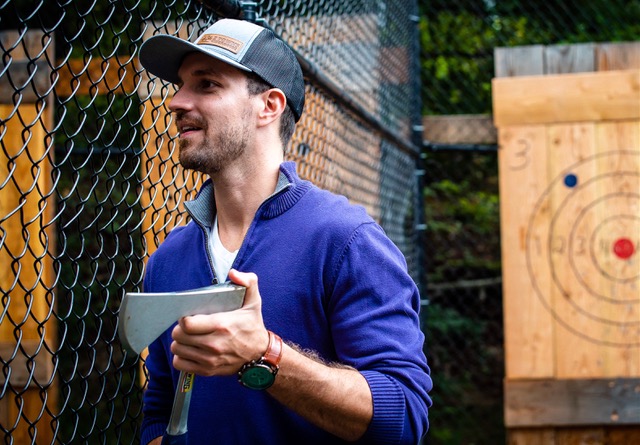 I’m always writing and creating, trying to think of the next big thing. As I mentioned before, my passion is in creating television series. I have two that I’ve been working on a lot over the years, but the one I am most excited about is tentatively titled Fertility Investors.

I started writing it years ago, before the pandemic, and weirdly enough, the world I created in that show strangely resembles the current world we are in now. It deals with a deadly virus (don’t worry, no zombies here) but I changed things here and there in script to make it more relatable to the current pandemic.

It takes place in the not-so-distant future where a terrible virus has killed millions and subsequently caused most men to be infertile, a woman at the end of her rope decides to take advantage of the situation selling fertile sperm on the black market. It’s something different and extremely female driven. It was written mostly as a comedy, but as I’ve adapted it, maybe more of a dramedy.

In five years? Hopefully winning an Oscar! Ha, maybe that’s too ambitious, but I can dream that it will happen. I hope that I will have directed another one or two features as well as acting in some good productions. I won’t lie; I have high hopes and dreams, and I believe that you should always visualize your success, so it gives you something to chase. I hope we can have a few television shows in the works as well. I have one that I have been working on, and that format is Steve’s big passion, so he has a lot of great ideas and concepts that he wants to develop.

I would like it if I’m in the position to help other young filmmakers and help produce their films similar to what Suzanne DeLaurentiis is doing for us. I know a lot of great filmmakers that I have worked with. One, in particular, Austin Rodgers, who has a big future. But I think I will have done at least another two feature films that I am working on. I believe they have a lot of potential to be a big success.

It’s a very challenging time for everyone, but I think mostly that indie/up-and-coming filmmakers will be affected the most. Most indie/up-and-coming filmmakers like Steve and myself are generally working on a tight budget, and with the guidelines that are in place, it is extremely difficult to get your projects up and running. I know safety is the most important thing, but smaller productions don’t have the means to afford it. It’s become extremely difficult because the cost has tripled for smaller productions, so without the help and resources, I think we will see a lot less of indie filmmakers honestly.

I wish there were an alternative to help because regardless of your production size, it is the same guidelines. But the most important thing is that people stay healthy and safe. We are dealing with a deadly virus, so it is disappointing to see so many people believing it is a hoax and not wearing masks when they are supposed to. I consider Steve and myself very fortunate to have met and spoken with Suzanne, and she has been immensely supportive in helping us through her mentorship program, giving us a chance to make the film. We are incredibly grateful and delighted that the film doesn’t stay on the shelf forever.

I have a lot of projects that I am writing and developing. I have five feature films I am currently working on, and I have the story developed and ready, and two of them I am almost done with the screenplay.

I like to have the story outlined and know where it finishes before I begin writing, so I spend a lot of time creating the stories. One is a political sci-fi action thriller set in the future. It has a lot to do with the past and current events in America with racism. It would be a high octane chase film packed with action and a very compelling story.

The other project is a comedy about up-and-coming filmmakers and the struggles they go through to try and make their film, but it’s all about their journey and their choices to get their movie made. I don’t want to give away the entire premise of these films just yet, because they could be the next two features I make. I am writing some thriller/horror films and working on a television series that would be an action/thriller that I think would be a big hit. It involves vigilantes that are fighting against the police and government corruption that is crippling their city.

7 Thanksgiving Movies You Need To Watch This Season