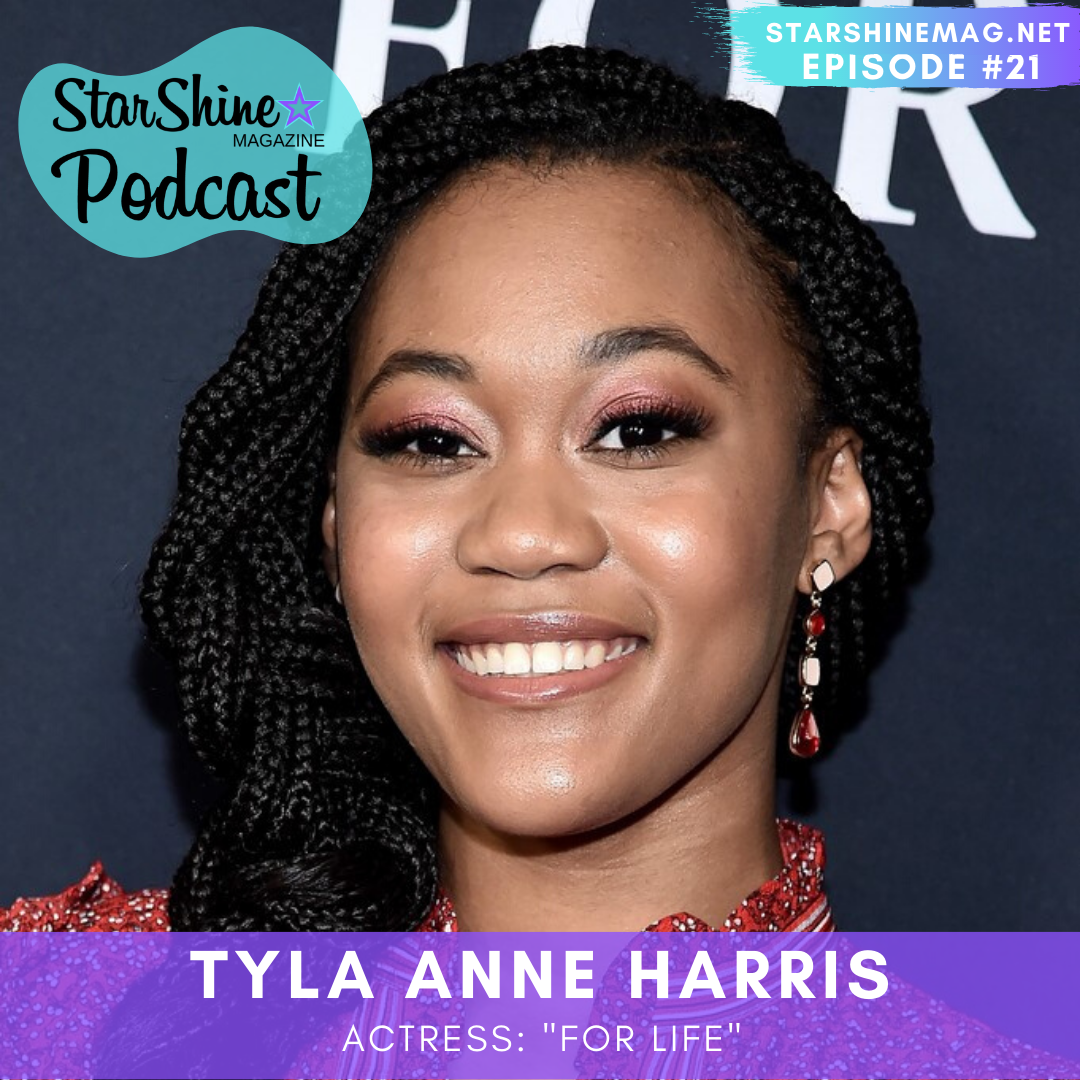 Actress Tyla Anne Harris stars on ABC’s new drama series For Life. The series also stars Nicholas Pinnock who plays Isaac Wallace, a man who received a life prison sentence for a crime he did not commit.

Tyla chats with StarShine’s editor Sandy Lo about the series, the relevance it has today, and activism.

Listen to Episode #21 of the StarShine Magazine Podcast!

Watch the trailer for ABC's For Life

Tyla Harris is an actress/writer you may have seen as a series regular on ABC’s For Life (2020). Her other credits include Tales (2019), Kevin (Probably) Saves the World (2017–2018), a series regular role as Esther in the History Channel’s Mini-Series Six (2017), and lead roles in the feature films Coins for Christmas and Claws.

Also president of a championship-winning policy debate team, leader in an all-girl volunteer group, and an active BETA club member, Tyla is an activist and leader who loves to share about her passion for making a difference in today’s society.