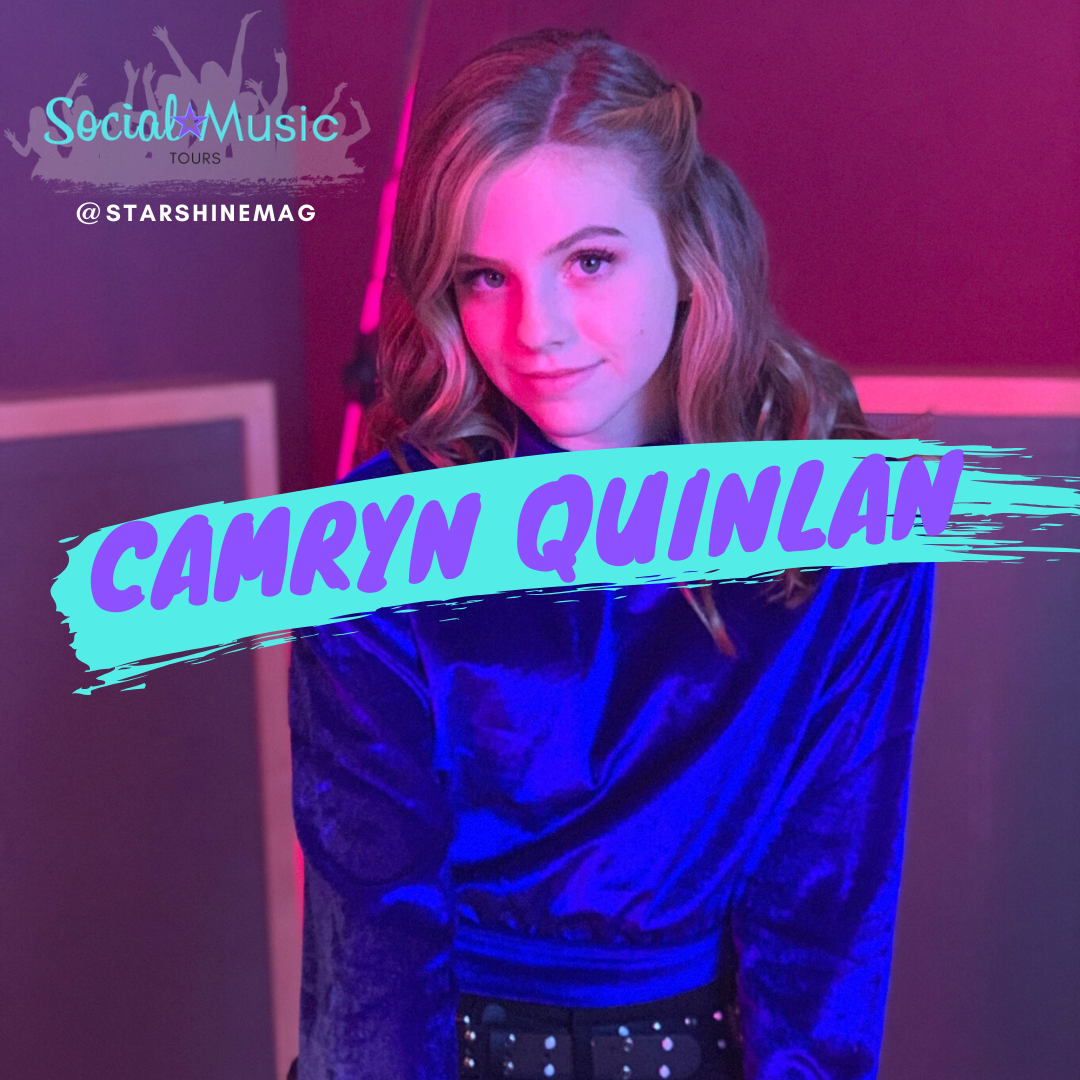 Teen singer-songwriter Camryn Quinlan will be virtually touring across StarShine Magazine’s social media channels at the end of June through mid-July 2020! See the full tour itinerary and read Camryn’s bio below.

This Social Music Tour is Sponsored by:

Mention "StarShine" for 10% off any service.*

*Offer only good for new clients.

Sandy Lo Media can help you with all of your Marketing, Branding, and Writing needs!

Click on an event to add it to your calendar!

Turn on Your YouTube Notifications to Be Reminded of the Premiere on July 2nd!

Rising star Camryn Quinlan’s talent shines through in everything she does whether it’s creating her own original music or performing as a member of Acapop! KIDS. The young singer-songwriter was born and raised in New York with a love of music and dreams of taking her talents on-stage.

At just 13-years old, Camryn has already proven the immeasurable power and depth of her vocal abilities. Her powerhouse vocals can be compared to that of a young Ariana Grande or Katy Perry. She was even recognized by Glamour Magazine and Zhavia Ward for covering her song.

Camryn wrote and released her first original single “Better Days” at just 10-years old to bring awareness to teen suicide prevention. All proceeds for the song go towards The Muse Within, a local youth music non-profit organization.

She followed this heartwarming track with the release of her uplifting single “With You” – which was quick to gain traction across streaming platforms. Her next release, “Monsters,” showcased her powerhouse vocals, while the accompanying music video displayed her creative storytelling abilities.

Camryn’s latest single “Ain’t No Second Chance” takes it a step further showing off her vocal versatility and overall proving that she is a dynamic force to be reckoned with.

Last year, Camryn was selected to be part of Warner Records’ youth acapella group Acapop! KIDS, created by the founding members of Pentatonix. Currently comprised of 25 talented young performers from across the nation, the group delivers acapella versions of current and classic hits.

Camryn can be seen as the leading vocalist for recent Acapop! KIDS releases such as: “The Other Side” by Justin Timberlake and SZA, “Breathin” by Ariana Grande, “Without Me” by Halsey. In addition to singing, Camryn also writes her own music and plays the ukulele, guitar, piano and drums.

Outside of Acapop! KIDS, Camryn can be found performing for local charity organizations and using her ever-expanding platform to advocate for Mental Health education and awareness for all ages.