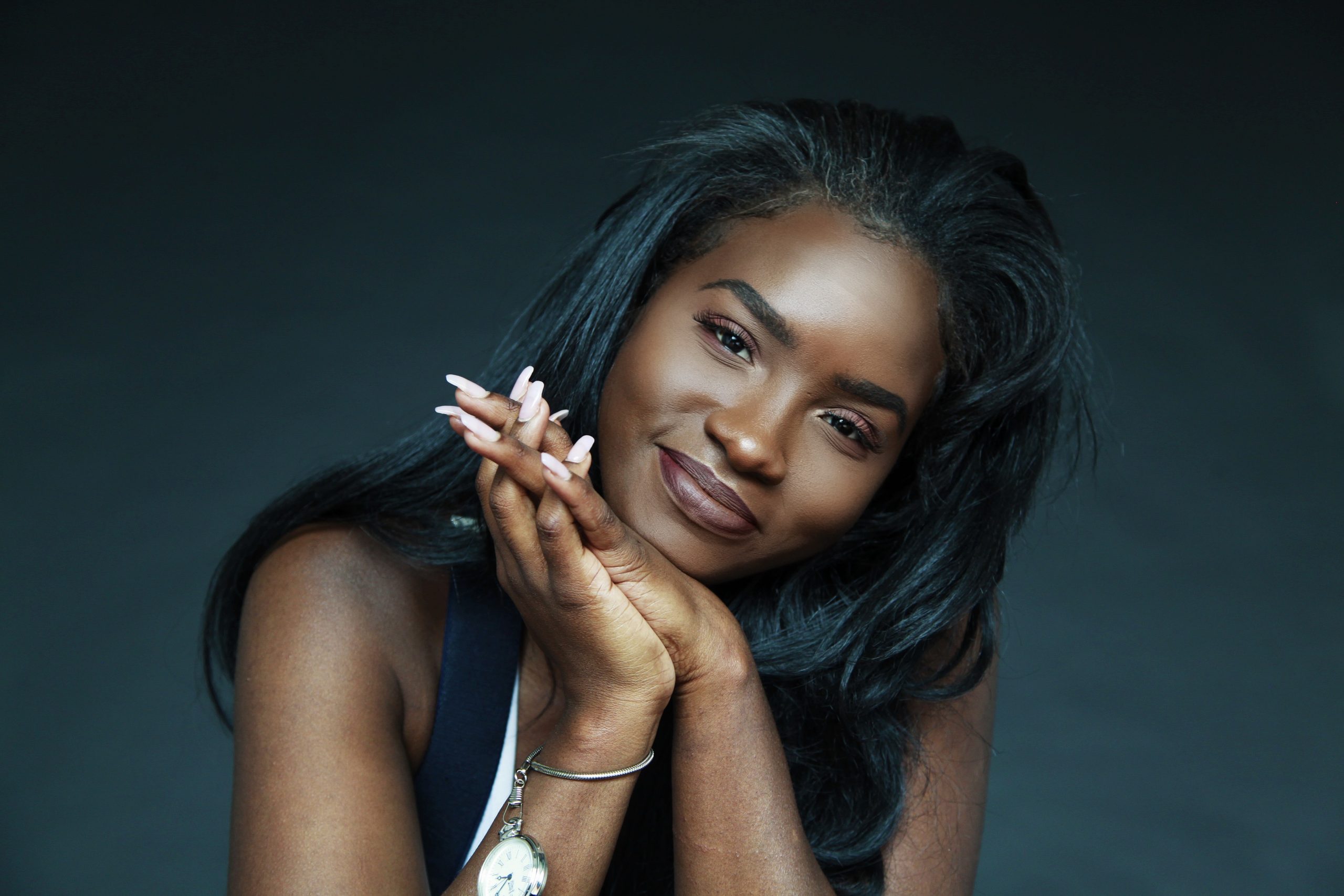 Zahra Bentham is a bright young Canadian actress that got her start in theater performing in productions of Rent and Fiddler on the Roof. Her first film role was in 2014’s Guidance, which premiered at the Toronto International Film Festival.

Recently, Zahra landed the role of Alana on the Netflix figure skating drama series, Spinning Out, which is now streaming. Coming up, Zahra will star as Nettie Ransom opposite Octavia Spencer, Tiffany Haddish, and Blair Underwood in Self Made: Inspired by the Life of Madam C.J. Walker.

Aside from acting, Zahra loves music and is working on her first EP as long as her rising TV career doesn’t keep her too busy.

Zahra chatted with me recently about her roles and music. Read what she had to say!

How did you get started in acting?

When I was really young, I first started in music. My mom was also a singer as well and I used to sing with her at church, but that didn’t really go anywhere until I … Well, I played sports after that and I was playing AAA and AA basketball where I was traveling from the states every weekend or every other weekend. From there, I went to high school, Wexford Collegiate School for the Arts in Toronto in Scarborough. There is where I was doing musical theatre, drama focus, also dancing. I was in a dance intensive class as well. It wasn’t until grade 10 when I have to sort of make the decision on either sports or the arts and so I chose the arts and I’ve been focused on that ever since.

Tell us about your new Netflix series, Spinning Out.

The synopsis, not to give too much away, I say it’s like Riverdale meets I, Tonya meets Black Swan. There is a lot of drama involved in this show, but it also covers mental health, specifically bipolar disorder. It’s a topic that obviously has become a lot more acceptable in our communities. It’s a great story and it’s streaming now.

What can you tell us about your character in Spinning Out?

I play Alana. She is a concierge at the lodge that a lot of the athletes go to. She falls in love with one of the lead guys Marcus (Mitchell Edwards), who is the leader of the ski team. There’s kind of like a love triangle going on between Marcus and Kat (Kaya Scodelario) and Justin (Evan Roderick), but I won’t say too much. You’ve got to watch it!

If you could give an elevator pitch on why people should watch the show, what would you say?

As I mentioned before, it covers a mental health issue, specifically bipolar. So I think continuing to talk about mental health is a really important thing. It’s been so hush-hush for so many years and only now starting to see and talk about the issues that it can cause in people’s families and people’s lives. So it’s a drama series and it’s about skating and winter sports, but at the same time, it could really help the people that need the help the most.

What was it like working with the cast and crew on Spinning Out?

It was good. I entered in close to the end of the season, so I had to kind of play catch up with meeting everyone and hanging out with everyone. But it was awesome. Everyone was super lovely. Kaya –who plays Kat Baker on the show—She’s absolutely amazing. Super warm and super loving. Willow (Shields), Mitchell, Amanda (Zhou), everyone … They’re just super sweet. I feel very blessed to be part of the show.

Do you have a favorite episode we should look out for?

Ooh. I probably would say the last episode. Like episode 9 episode 10, that’s when a lot of the stuff … Oh, I don’t want to say too much! A lot of the stuff starts to happen! [laughs] Yeah, those are my favorite episodes.

Do you know if it’s been picked up for a second season yet?

We don’t know yet. We’re all crossing our fingers. It’s doing really well. We’re hoping for a season 2!

You also have another series coming out. Tell us about Self Made: Inspired by the Life of Madam C.J. Walker.

Madam C.J. Walker is about a woman by the name of Sarah Breedlove, who Octavia Spencer plays. She was the first African American woman to be the first billionaire back in 1912, which is so crazy because I never learned this in school. It’s about her life and her story about the trials and tribulations she had creating hair care products for black women back in the day … Not only for women but for men too. She became super successful doing that and so it’s about her life. It’s a biopic about her life.

What was it like working with such an amazing cast like Tiffany Haddish, Octavia Spencer, and Blair Underwood?

Yeah man, it was such a blessing. One of my first days was with Octavia … when I first got on set. She is everything you probably think she would be and she’s like the motherly figure. Super warm, super real super about her craft and her acting. It was lovely to be in the presence of her and learn from her consciously and subconsciously.

Tiffany Haddish, as you know, is the comedian. She is an energy bunny! I don’t know how she gets the amount of energy she does. We’d be doing like 12, 14, 18-hour days and she is still cracking jokes, I don’t understand. But she was so lovely to work with it. It was never a dull moment with Tiffany. And Blair, you know, it’s so funny when I had mentioned to my family that I was working with Blair, everyone was like, ‘oh my god, he’s so handsome, he’s such a stud’. Yes, he’s super sweet as well.

You also have a passion for music. Will you be releasing any songs this year?

Yeah, that’s the plan. I was supposed to release something in the end of 2019, but because I had booked both of those shows, it kind of took my time away from finishing my project. But yes, God willing. I mean if I book something else, obviously that’s great. I definitely will put something out – I’d say mid-year this year. Probably a single first and followed by my EP. I’m really psyched for that.

How would you describe your music?

This is a tough question for like any artist coming out. Sometimes you have this idea of what your sound is and sometimes that changes when it releases … in the aspect of your viewers and your fans may take it differently. But as of what I think right now, more of a contemporary R&B. If I could match some artists up right now, I’d be maybe like a Daniel Caesar and like a SZA vibe.

Any other upcoming projects you want to share with us?

Right now, we’re in the thick of pilot season, which happens from January to March. So, us actors are just auditioning like crazy. God willing something comes through, but right now, I’m just back on the grind.