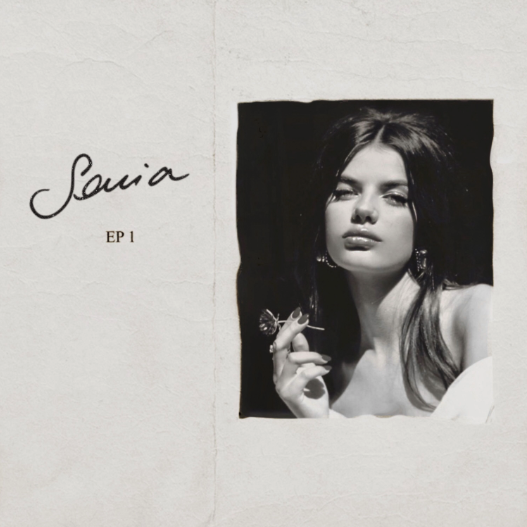 Born in Paris, and based in LA, Sonia is not only a singer-songwriter but a multi-talented pianist and producer. Recently, Sonia launched her debut EP simply titled, Sonia EP 1, blending together R&B, pop, and classical in a sultry-pop way.

Next up is “I Don’t Know”, which examines the painful ending to relationships. Completing the EP is “Dark History”, a song Sonia originally penned on her piano. Each track on Sonia EP 1 feels like a continuation of the one before it. The instrumentation is minimalistic, providing a raw platform for Sonia’s seductive vocals.

“I love the concept of duality, which reflects in my music through contrasting ideas in lyrics and sounds: darkness versus light, temptation versus virtue.” Sonia says of the EP. “Emotions are universal. Everyone has experienced darkness, but I try to see it from a different angle. It’s okay to feel this way. We can celebrate beautiful sadness as part of existence.”

To support the EP, Sonia embarked on a mini-tour of some of the biggest international cities: Los Angeles, Paris, and London. Get tickets here.

Check out the music video for “I Don’t Know”:

Listen to the EP:

SONIA’s music tosses and turns amidst waves of smoothly seductive vocal transmissions and cavernous nocturnal production. The 20-year-old Paris-born and Los Angeles-based singer, songwriter, pianist, and producer draws her artistic inspiration from many different genres; from classical music to urban contemporary to R&B. Attracting over 5 million streams and nearly 800K followers in under a year, the songstress elevates this yin and yang to the forefront on her self-titled 2019 debut EP.

Graduating high school in France, she enrolled in USC’s Thornton School of Music in 2017, and in 2019 she transferred to Berklee College of Music. For the past 3 years, she has immersed herself in crafting her own music through countless L.A. sessions. Along the way, she lent her voice to Petit Biscuit’s “Creation Comes Alive,” tallying over 4 million Spotify streams and joining him for a standout Coachella performance. She eventually caught the attention of SAL&CO and XO C.E.O. Tony Sal and signed to SAL&CO/Maverick.