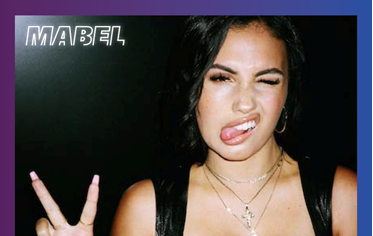 No, we didn’t spell behavior wrong. London-born R&B artist, Mabel has been the UK’s breakout artist the past few years, but now with her debut album, High Expectations releasing August 2nd, we predict the rest of the world is going to be buzzing about her more than they already her. Her singles “Mad Love” and “Don’t Call Me Up” have already been successful.

Mabel’s latest single “Bad Behaviour” is sexy, fun, and a track you can casually dance to when you’re trying to look cool, but not overdo it. Listen for yourself!