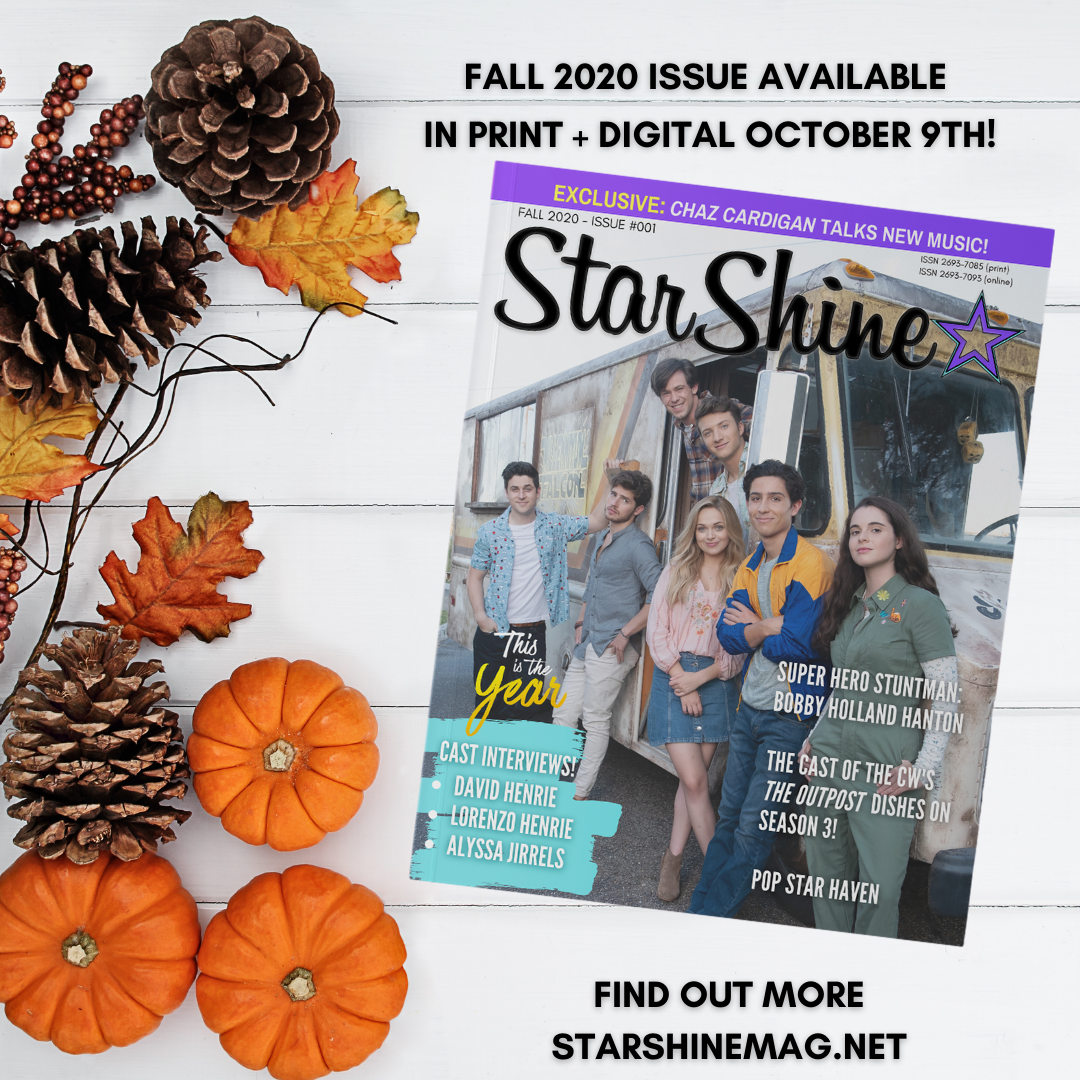 We’re thrilled to be releasing our first quarterly issue on October 9th! The cast of the Selena Gomez produced film, This Is The Year is on the cover and inside you will find our full cast interviews with David Henrie, Lorenzo Henrie, and Alyssa Jirrels (who also talks about her role in the Saved By The Bell reboot!)

The issue has an exclusive interview with singer-songwriter and StarShine favorite Chaz Cardigan who discusses some new music (shh, no one else knows about it yet!)

Also featured is an interview with the cast of The CW’s The Outpost (Jessica Green, Jake Stormoen, Imogen Waterhouse, and Anand Desai-Barochia), an inside the industry feature with Thor stunt double Bobby Holland Hanton, pop star Haven, and lots of fall-inspired reads like spooky books, fright night binging, and Thanksgiving-themed movies. 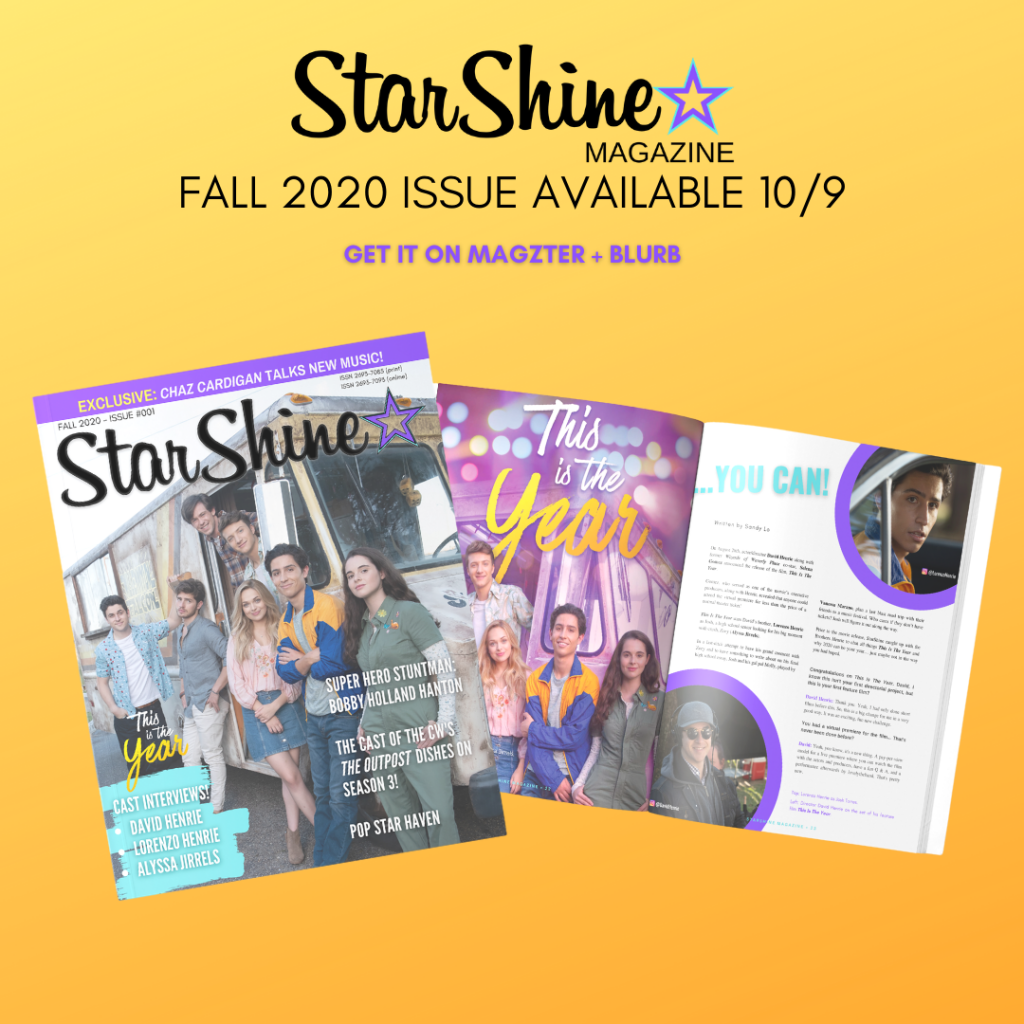 Print: Blurb Bookstore $10.50
Digital: Magzter $5.99 (Read on Kindle, iPad, or iPhone/Android devices)
Get Notified: Join our email newsletter for free to get notified of when this issue and future ones become available.