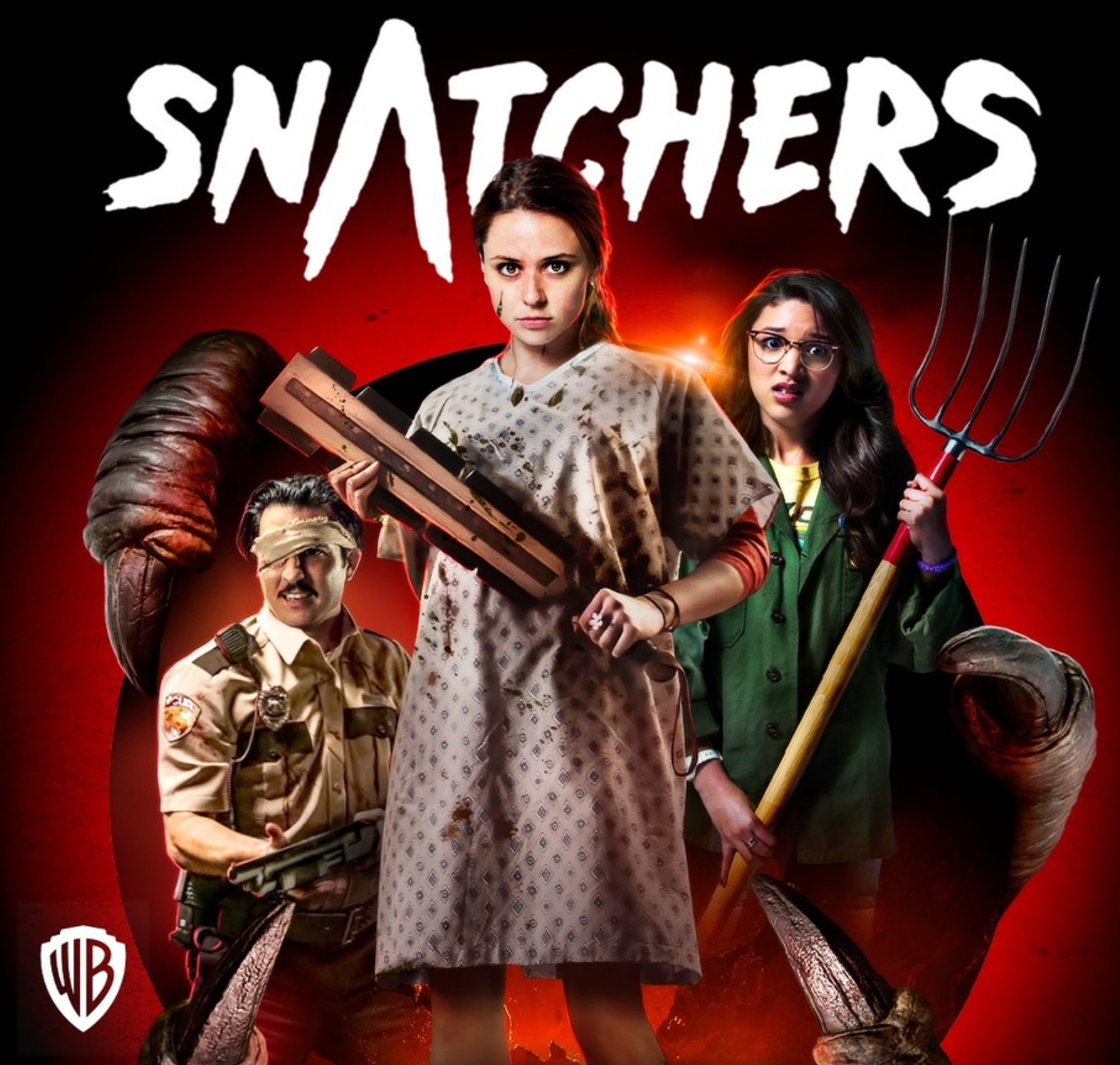 Now parents have a movie to show their kids about the risks of underage sex … toss away that childbirth video you were planning to scare them with and rent the outrageous comedy Snatchers now available to own on video streaming services like Amazon, VuDu, Apple TV, and more.

Snatchers will be available on DVD and to rent on February 18th.

Described as a cross between ALIENS meets MEAN GIRLS – Snatchers was initially released in new media as a successful short-form series that follows a status-obsessed high school teenager who loses her virginity and finds herself pregnant the next day…with an alien!

Senior year is going to rule! Thanks to her relationship with clueless hunk Skyler, Sara is totally in with the cool girls. But Skyler contracted an extraterrestrial bug during his summer vacation. After just one night together, Sara discovers she’s Nine. Months. Pregnant. Desperate to keep her condition on the DL, she turns to the only person she can trust: her nerdy ex-bestie, Hayley. The girls soon realize this alien problem is only just the beginning. Aliens had best beware in this hilarious comedy filled with action and tongue-in-cheek teen spirit.

Snatchers stars Mary Nepi (Not Cool) as Sara, Gabrielle Elyse (Nickelodeon’s Nicky, Ricky, Dicky & Dawn, The Thundermans) as Hayley, J.J. Nolan (The Mindy Project, Silicon Valley) as Kate, Austin Fryberger (Huge In France) as Skyler, Nick Gomez (Longmire, Dexter) as Oscar, and Rich Fulcher (Those Who Can’t) as Dave. Written by Stephen Cedars, Benji Kleiman, & Scott Yacyshyn, and directed by Cedars & Kleiman, the film is a Stage 13 presentation with award-winning producer Paul Young for Make Good Content production in association with The Olde Money Boyz. The Snatchers new media series was an official selection at Sundance 2017 and won the 2018 Cynopsis Short Form Video Festival, as well as a Bronze Telly Award. The Snatchers movie was an official selection at the 2019 SXSW Film Festival and the 2019 Sitges Film Festival.

Movie Trailer: The Woman In The Window Starring Amy Adams