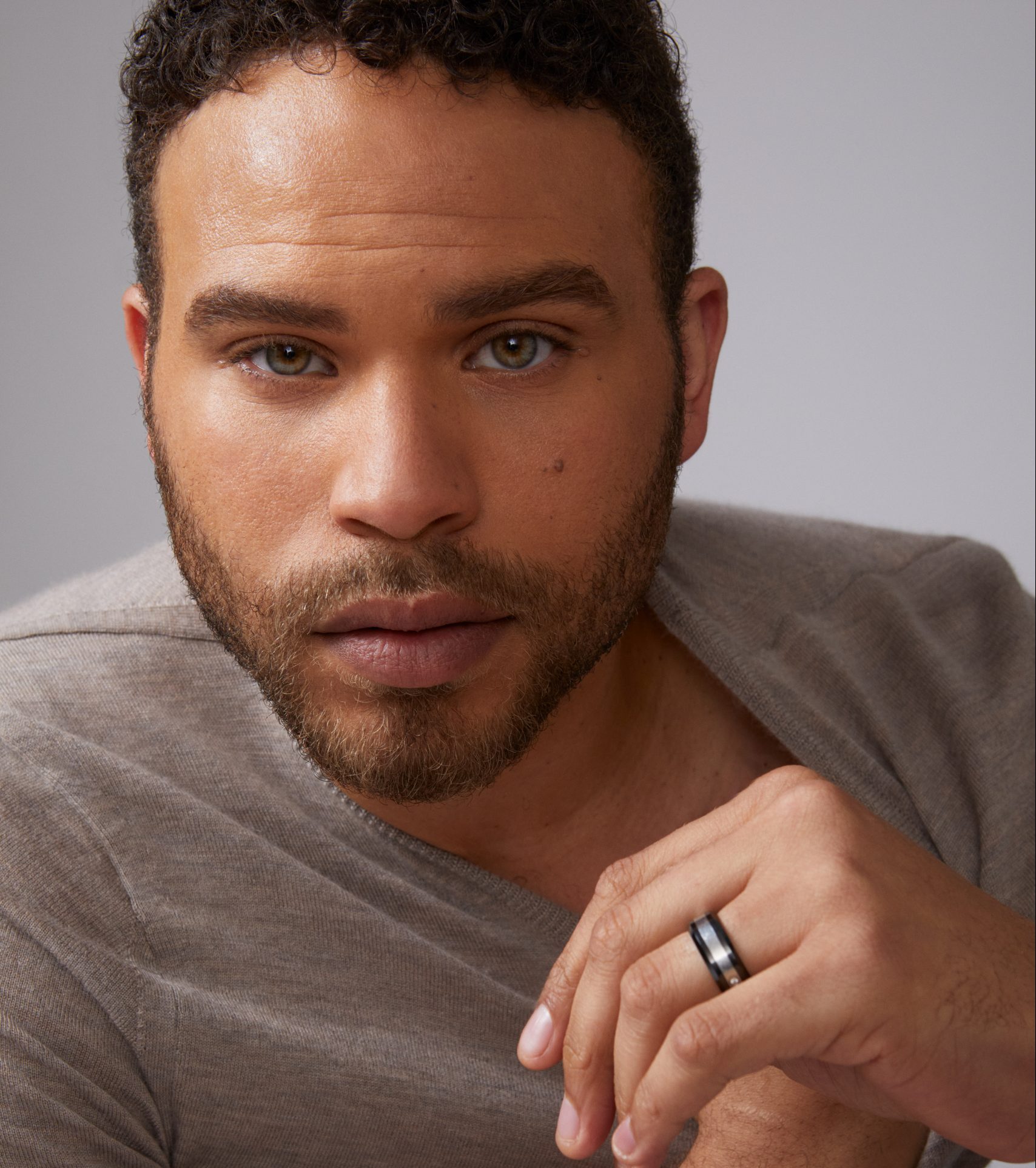 Ian Verdun plays deep-sea fisherman Xander McClure on the freeform series Siren.  He grew up in LA and attended the California Institute of Arts as well as the British Drama Academy.

Ian bussed tables and swept floors in order to fund his first big project, Life’s A Drag, which went on to win several festival awards.

Aside from Siren, Ian’s credits include Lucifer, Hawthorne, Last Resort, and Hawaii Five-O. Read on to find out more about this rising talent!

Watch Ian Verdun in a scene from Siren!

Hi Ian! Let’s dive right into Siren. Luckily with OnDemand streaming, it’s never too late to get into a show. Give us your best elevator pitch to convince everyone in quarantine to start binge-watching the series!

That’s easy. It’s a show about killer mermaids! What more could you ask for?? 😂

Tell us what your character Xander is up to this season.

Xander’s had a pretty tumultuous time since the first season but what I love about this season is how Xander makes a concerted effort to better himself in spite of, or perhaps because of, what he’s gone through.

The arrival of the mermaids has been nothing but chaotic for him and has often left him feeling like he’s powerless to take care of the people that he loves. So the way he chooses to exert some kind of control in his life is to join the police force. It’s been such a fun, layered experience playing him so far. I can’t wait to see where he goes from here!

Do you believe in sirens and other folklore?

The world is a big place, and the oceans are largely unexplored, so who am I to say what exists and what doesn’t. I think there are lots of things in the universe that we don’t understand and it’s important to humble yourself in the face of what’s really possible.

And there’s something to be said of how so many human cultures across the globe have their own version of mermaid lore, and myths often have a basis in some kind of historical truth. At the end of the day, we have to remember that we as a society don’t actually know everything about everything. I think this moment in time we’re living through proves that.

Your first acting job was for your own project, Life Is A Drag. Tell us about that and how that came about.

To be fair that wasn’t my first acting project. I’d had small bookings, got my SAG card, and went to college for acting years before I did Life’s a Drag. I actually did that project because I’d had a horrible year and the only way I could think to process all of it was to write about it. I was also so frustrated and disillusioned with the whole auditioning scene that I thought it better to eschew that process altogether and just make my own opportunity.

It was really an act of self-healing and a way to take my power back in an industry where you can often feel very powerless. I’m also lucky enough to be surrounded by a lot of talented people and the whole thing really became a labor of love for everyone involved. It’s a story of struggle, identity, and the expectations that we put on ourselves; all through the lens of drag. I’m still super proud of it.

What are your top favorite shows to watch right now?

I’ve binged through so many shows during quarantine that it’s hard to narrow anything down. But at the moment I’m actively watching RuPaul’s Drag Race (it’s my yearly obsession) and the new season of Rick and Morty. If you can’t tell, my tastes are super sophisticated.

If you could play someone in their biopic, who would you play?

I have three people I’m dying to play; Smokey Robinson, Cab Calloway, and General Alexandre Dumas. I love losing myself in a role and having the opportunity to completely transform.

I do that to some extent with Xander, I’m actually very different from him, but he’s such a regular dude and people don’t really know me outside of my character yet, so it’s hard for people to see the contrast. I really want to do period pieces, embrace a different time, and be a part of narratives that tell the stories of people of color in historical contexts.

Black people didn’t suddenly start making contributions to culture just in the 60’s, there are so many incredible characters and historical figures to explore and I want to be a part of it. 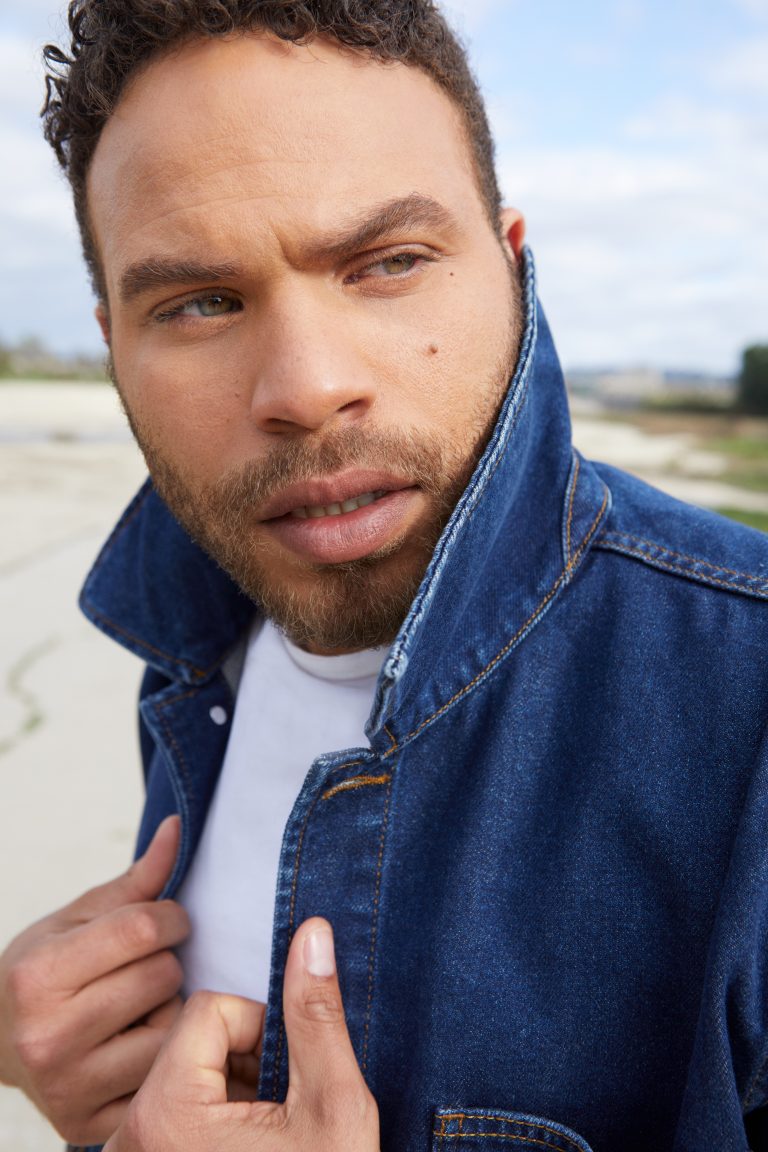 Can you share with us any other projects you have coming up?

I have a small part in an indie movie called Death of a Telemarketer with Lamorne Morris, Haley Joel Osment, and Alisha Wainwright that I’m really excited to see when it’s done. Though with the pandemic, who knows when it’ll actually be released. Other than that I’m doing a lot of writing, specifically, I’m working on a Life’s A Drag feature and developing a TV series. So I’m definitely keeping busy.

What is the first thing you’re going to do once quarantine is lifted?

The beach! I’m from California, born and raised, so it’s been hard not having the ability to go to the water during all of this. It’s the best place to clear your head, release stressful energy and anxiety, and really reconnect with yourself. Having that back is going to be incredible.