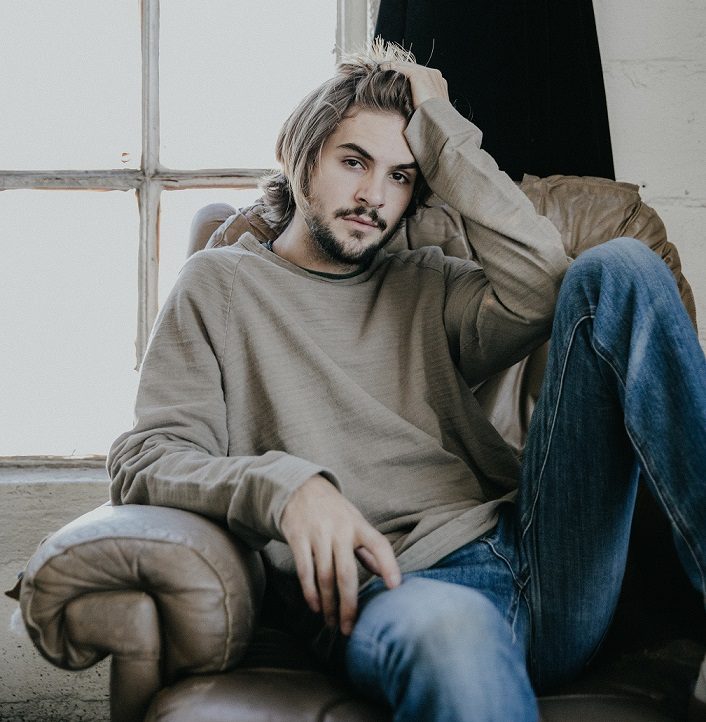 The name Cole Pendery might be recognizable to some through his early acting work or being a part of the boy band IM5. Today he has reinvented himself as a rising solo pop artist under the moniker RYDYR. With influence taken from his mother’s maiden name Ryder, his artist name is at the core of what he believes in: the truth.

It is clear that with his new EP entitled These Things Always Change, which is released today, he has gone through a journey to discover what he wants his sound to become. In only just four songs, RYDYR takes the listener on this journey. Throughout the EP, there is a great balance between up-tempo beats and dreamy harmonies.

Earlier this year RYDYR garnered success with the release of his singles and accompanying music videos “Dream Alone” and “See You Around”. This new album takes his music in a different direction than before, which up until now was heavily production-based.

Accompanying the EP release, RYDYR also dropped the music video for “The Way You Move”. This first song off of the EP has a catchy backbeat that, as the song suggests, you will want to be barefoot and dancing to. The video depicts RYDYR near a riverbank, in an abandoned pool, and the woods. The song is well paired with the gritty nature visuals, giving more intensity to both the lyrics and the burning of the polaroids that are seen throughout the video.

In “A Rainy Day Interlude”, you can hear the musical combination of soft yet bold beats and live instrumentals. Throughout this track, there are subtle and not so subtle nods to indie, rock, and alternative music styles. Some might describe RYDYR’s musical direction as Lo-Fi, Indie Pop, and even Dream Pop.

The third song, “Fly Away”, is definitely the most upbeat and louder of the bunch. With similarities to his previous singles, this track holds tight to beautiful harmonies and fast guitar rhythm. The closing song of the EP is titled, “Flight”. Out of the four, this song is more sultry and moody and is accompanied by a slightly darker tone of voice. In a sense, the softness of his voice juxtaposing the melody creates a beautiful texture to listen to.

RYDYR joins many other upcoming artists who are venturing into blended genres. These people are not afraid to experiment and make mistakes; in fact, these are the ones who thrive off of them. For RYDYR he is the type of person who is willing to connect to people and bear his authentic self. This is something he prides himself on in his work. Additionally, RYDYR’s musical fusion is his outlet where he tries to leave a part of himself in each piece. His new mission, which he discovered on this journey, is to create meaningful and true music that connects not only to him but to everyone around him.

Listen to RYDYR’s new EP These Things Always Change wherever you stream and enter into his world.

Check out more from RYDYR!