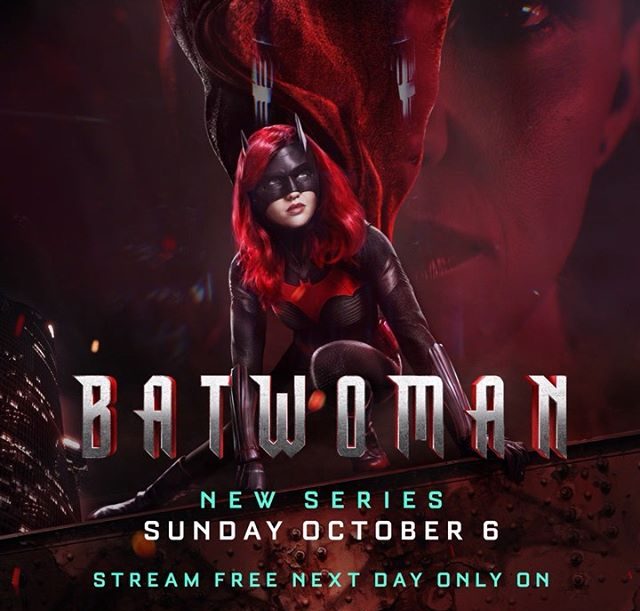 Let me preface this by saying I initially had no intention of watching Batwoman on The CW. While I love superhero movies, and have recently watched a few comic-related series, Batman has been done numerous times and not always well. Michael Keaton has always been my favorite Batman. While I was all for the idea of a female version, I was afraid in the name of feminism something would get lost about the premise behind the superhero.

To my surprise, that was not the case at all! Ruby Rose does a fantastic job of making the part feel natural and not forced into an over the top cliché of what a feminist should be. I didn’t watch her thinking, “Here’s a kickass female! Girl power!” The only thought going through my brain the entire episode was: “This person is badass and sexy as hell!” While Ruby’s character, Kate Kane, embodies the dark knight gimmick to a T, she also makes you feel for her and care about her journey.

Through voiceovers and flashbacks, we learn that Batman, and of course, Bruce Wayne have both mysteriously disappeared three years ago leaving Gotham unprotected. Kate, whose cousin is Bruce Wayne, holds Batman responsible for the deaths of her mother and sister.

To help protect the city, Kate’s father, Jacob Kane, (Dougray Scott) formed Crows Private Security, which employs Sophie Moore (Meagan Tandy), a former love of Kate’s. The two dated in military school and when it was discovered they were lovers, they were asked to sign a no homosexuality agreement. Kate refused to sign, but Sophie did, immediately ending their relationship. After Kate left school, her father sent her away to train to be part of his security team.

The opening scenes of the episodes show Kate trapped under a sheet of ice in some tundra where she unrealistically breaks through. She then heads to a cabin to meet up with an indigenous man who says phrases in racist Tonto-speak. Their relationship is obviously Mr. Miagi-Daniel-San-esque in nature. Thankfully, I don’t think they’ll be exploring more of that in this series.

Back in Gotham, Jacob’s best Crow guard, who happens to be Sophie, is kidnapped by a gang called Alice In Wonderland. After being informed by her step-sister Mary (Nicole Kang), Kate returns to town to help get Sophie back. Going rogue from her father’s plan, of course, Kate breaks into Wayne Industries to find surveillance footage of the kidnapping. One thing leads to another, and eventually, Kate stumbles upon the bat cave finding out Bruce’s secret. With the help of Bruce’s only remaining employee, Luke Fox (Camrus Johnson) Kate gets a custom suit of her own and the dark knight flys again.

Batwoman has a promising storyline, and already one twist I didn’t see coming. The fight scenes are incredibly unrealistic most of the time, but aren’t all superhero fight scenes? It’s hard to come back from getting your face smashed into some cinderblocks, but Ruby Rose doesn’t even seem stunned! Now, that’s girl power I wish I had! Don’t even get me started on the fact that she scaled a tall building without any help from the bat suit’s gadgets.

Jokes aside, I’m excited to see where this series goes, and if we will see Bruce return to Gotham … or any of Arkham Asylum’s finest residents. Watch the premiere of Batwoman on The CW tonight at 8pm ET/7c! Next day streaming will be available on The CW website and app for free.

The episode was written by Caroline Dries and directed by Marcos Siega.

Check out the trailer for Batwoman below!