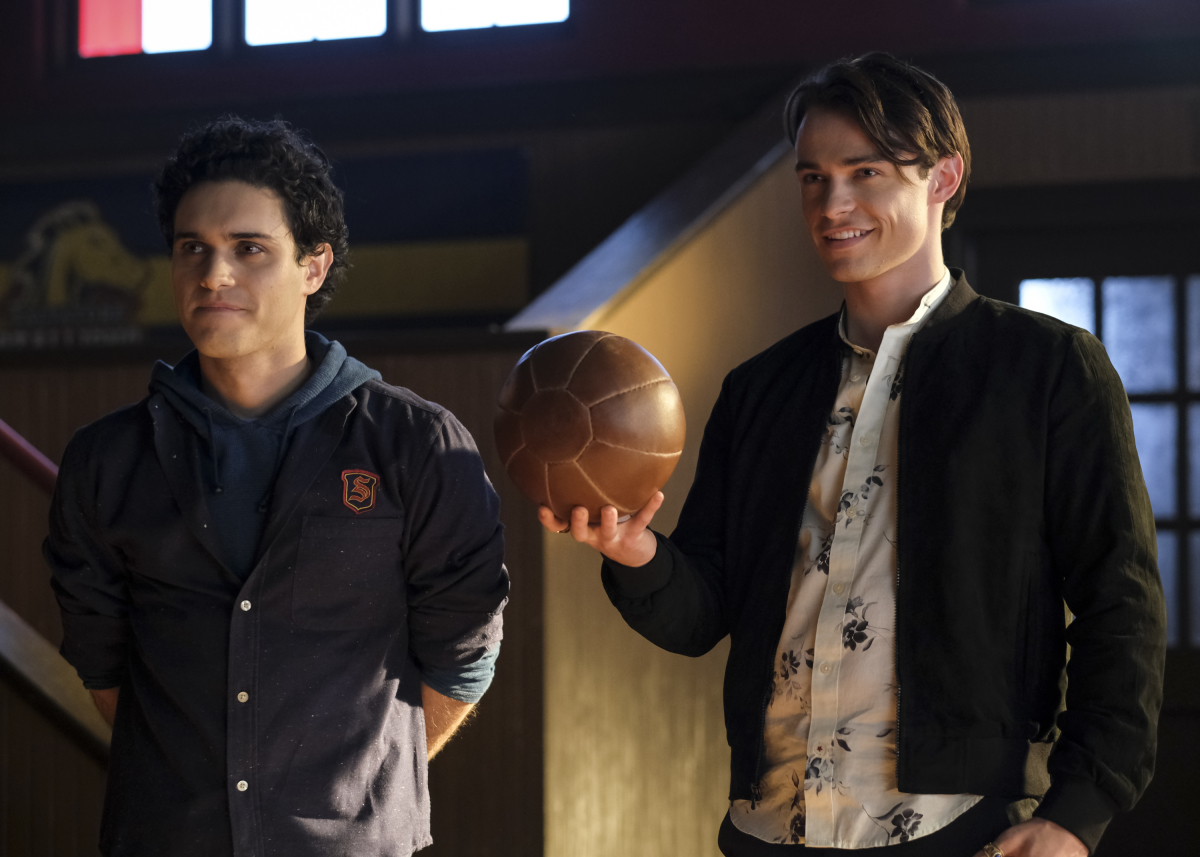 Legacies returns from winter break tonight along with The Necromancer (Ben Geurens), who was stripped of his powers, well, kind of. I can’t say I’m happy to see the return of this character. I’m not sure if it’s the writing or the acting that makes The Necromancer feel more like a Disney villain than an enemy in The Vampire Diaries universe, but I could certainly do without. (Hint, hint writers: Bring back Kai (Chris Wood) already!)

While we follow The Necromancer’s subplot of him working at an ice cream parlor while acquiring a minion to help him raise the dead, Landon (Aria Shahghasemi) has been tasked with testing Sebastian’s (Thomas Doherty) worthiness of attending the Salvatore Boarding School. Basically Sebastian has to win over the vampires, witches, and werewolves at the school or he’s gone.

Elsewhere at the school, Hope (Danielle Rose Russell) finds herself with a new unwanted dorm mate and dodging awkward run-ins with Josie (Kaylee Bryant). As for Lizzie (Jenny Boyd), she tries to distract her sexual urges for Sebastian by nerding out with MG (Quincy Fouse) to comic books. Poor friend-zoned MG!

Missing from this week’s episode was Kaleb (Chris Lee) and Raf (Peyton Alex Smith), which saddens me. Raf is one of my favorite characters of the series and his storyline this season has basically been nonexistent.

While I don’t love this episode, there are definitely some highlights — like Sebastian’s interaction with the different factions at the school, and I can’t give anything away, but there’s a sweet moment between a few of the characters at the end of the episode.

Spotlight on Tantoo Cardinal of “Stumptown”