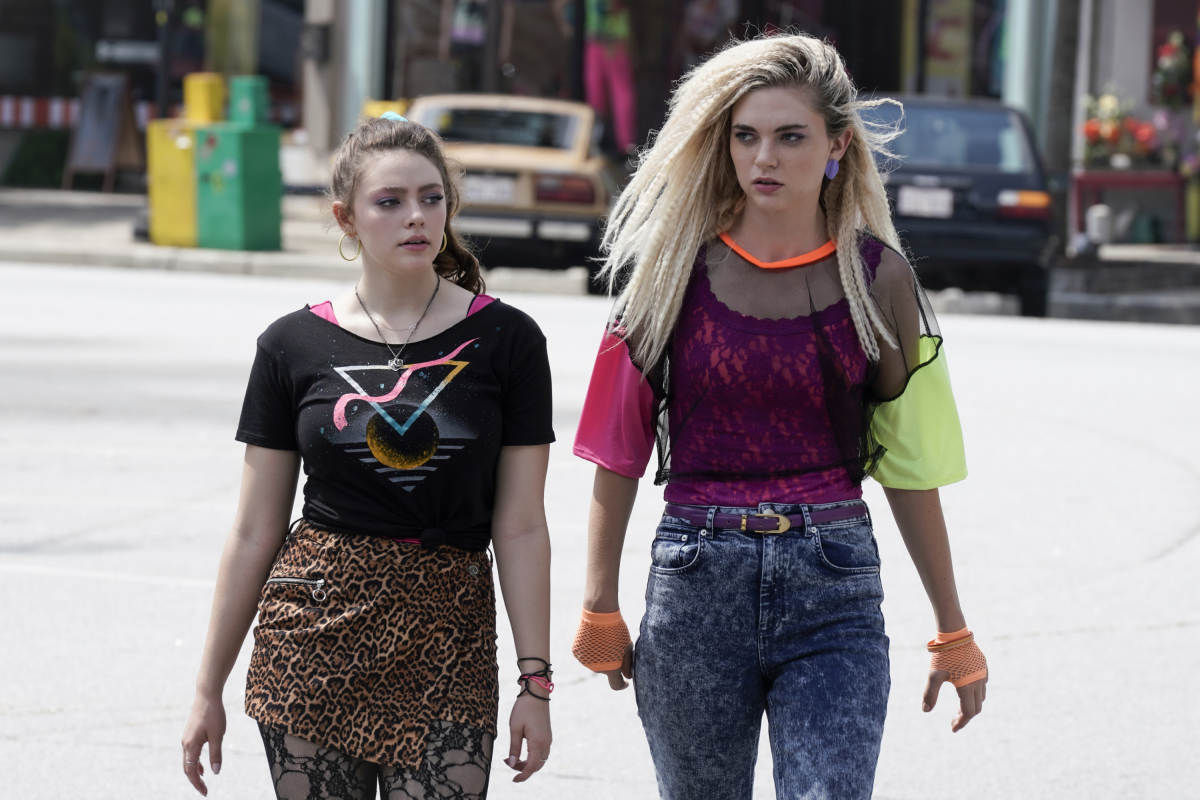 This week’s episode of Legacies is all over the place. Simply put, it was kind of weird. We finally get a Mystic Falls decade dance, which we haven’t had since The Vampire Diaries.

To coincide with the ’80s themed dance, Hope and Lizzie get trapped in some sort of videogame also conveniently ’80s themed.

The monster they have to battle is a not-so-scary minotaur. It doesn’t even matter since the entire game is just a way for the writers to trap Hope and Lizzie together to discuss Landon and Josie’s sex life or lack thereof.

Meanwhile, in the normal Mystic Falls (if there is such a thing), MG turns to Kaleb to help figure out the situation with the invisible Sebastian.

After Sebastian pleas his case, the two best friends consult Alaric. This leads to the former headmaster realizing Kaleb didn’t want him gone after all.

In the most normal typical teen storyline of the episode, Landon and Rafael prepare for the dance and the chance at romance with Josie and Hope.

Being an ’80s fan myself, at first I was disappointed in Josie’s outfit for the dance. A plain white dress with a flower in her hair didn’t scream ’80s to me. Thanks to @visiongrl for pointing out to me the Say Anything reference! I can’t believe I missed that!

Even Alaric got into the theme with an Indiana Jones getup.

MG and Kaleb’s dance-off is certainly a highlight of the episode! I’m really enjoying their bromance lately. Side note: Congrats to Chris Lee who plays Kaleb for being upgraded to series regular!

Overall though, I appreciate the writers’ dedication this season to add some normal teen problems and fun into these characters’ lives. Shows like Riverdale have really gotten away from that by riddling their storylines with too much crazy. Does anyone believe that Archie and the gang are still in high school while dealing with so much crap? Anyway, kudos for keeping Legacies about supernatural teens instead of neglecting that aspect of their lives.

Check out the full synopsis below.

‘80s DECADE DANCE — As the Salvatore School prepares for its upcoming ‘80s-themed decade dance, Hope (Danielle Rose Russell) and Lizzie (Jenny Boyd) find themselves trapped inside a never-ending labyrinth with a monster on their trail.  Meanwhile, Josie (Kaylee Bryant) and Landon (Aria Shahghasemi) decide whether or not to take their relationship to the next level.  Elsewhere, MG (Quincy Fouse) turns to Kaleb (guest star Chris Lee) for advice on what to do about Sebastian (guest star Thomas Doherty), while Rafael (Peyton Alex Smith) struggles to adjust to his life back at the school.   Matthew Davis also stars.  Barbara Brown directed the episode written by Brett Matthews & Thomas Brandon (#205).  Original airdate 11/14/2019.