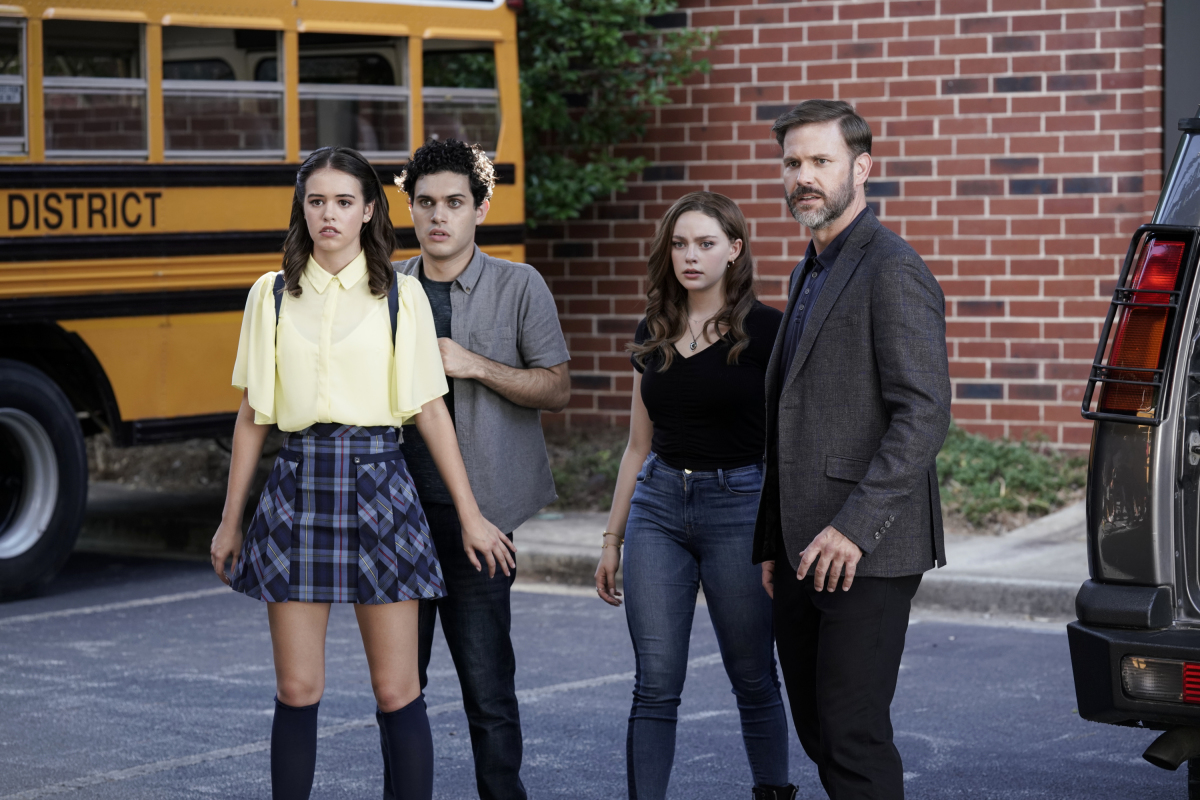 Tonight’s episode of Legacies is full of juicy tidbits that I won’t share, so you’ll definitely want to tune in! If you’re like me and are a big fan of Raphael (Peyton Alex Smith), don’t expect too many lines or appearances by him this episode. Hopefully, the writers make it up to us later in the season.

One thing is made clear, even though Raph can’t remember who Hope (Danielle Rose Russell) is, his crush is still present. While Hope agonizes over Landon (Aria Shahghasemi) and Josie’s budding relationship, Alaric (Matthew Davis) tries to convince her to return to the Salvatore School and reveal the truth. Maybe Alaric’s ulterior motive is to keep Landon away from his daughter, but either way, I agree with him. All of the characters are confused by Hope’s sudden presence in their lives, why not just clear it up? Alas, this is how things go in the TV world; if things were simple, we wouldn’t have a show full of drama!

This episode’s main focus is on a samurai who had been possessed by a demon called an oni. The oni possesses whoever it touches, and of course, it has left the samurai and moved onto other people (and supernatural beings) around Mystic Falls.

Josie (Kaylee Bryant) acts as a translator for the samurai. Apparently, she learned Japanese while waiting for Lizzie (Jenny Boyd) to get out of therapy appointments. By the way, major props to the writers for incorporating mental health issues into the show.

Speaking of Lizzie, she’s still mooning over the mysterious, and apparently, invisible Sebastian (Thomas Doherty) while MG (Quincy Fouse) tries to help her realize the truth. Poor MG and his unrequited love for Lizzie!

Without revealing too much, Lizzie was my favorite character in this episode. Her overly dramatic, but typical teenage girl declarations had me both laughing and sympathizing.

I know we’re only a few episodes in, but I have a feeling this will be my favorite season of Legacies yet. Hints were dropped at what’s to come and I can’t wait to see what’s going to happen.

THE LOST SAMURAI — When a samurai shows up in Mystic Falls looking for a demon that possesses its victims, Josie (Kaylee Bryant) leads the charge to defend her friends from the demon’s wrath.  Meanwhile, as Landon (Aria Shahghasemi) and Rafael (Peyton Alex Smith) head to Mystic Falls High in hopes of learning more about the mysterious Hope (Danielle Rose Russell), MG (Quincy Fouse) is conflicted by a secret he’s uncovered about Lizzie’s (Jenny Boyd) new vampire friend Sebastian (guest star Thomas Doherty).  Finally, just as Alaric (Matthew Davis) lets his guard down around the town’s new sheriff, a confrontation with a demon forces him to reevaluate his priorities.  Geoff Shotz directed the episode written by Penny Cox (#204).  Original airdate 11/7/2019.