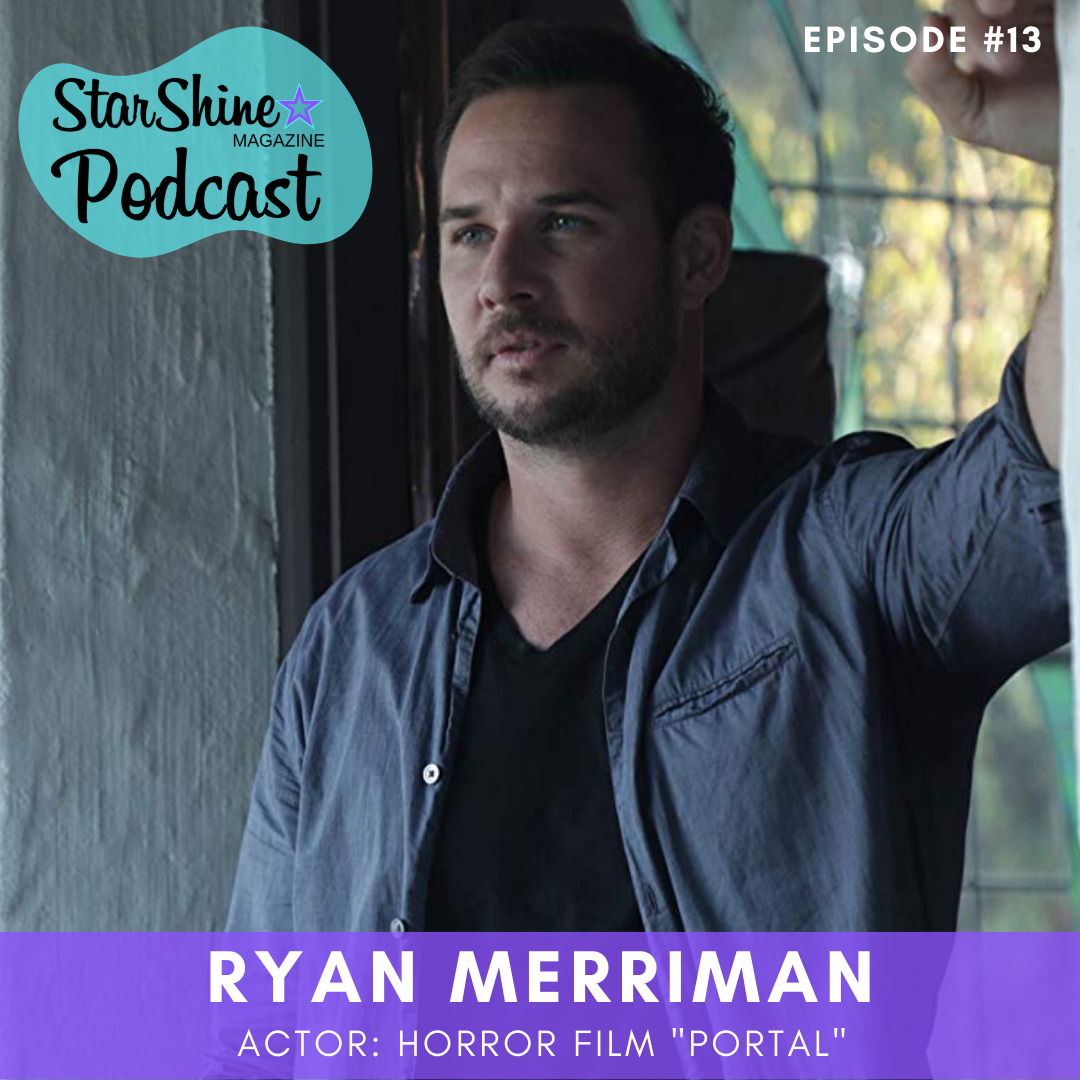 In episode #13, Sandy Lo interviews actor Ryan Merriman about his new horror film, Portal. They discuss the movie, being known for Disney Channel movies, and which role he would want to play again.

Aside from Portal, you can get into the holiday season with Ryan by watching his new movie, A Christmas Movie Christmas on UP.

Genre icons Ryan Merriman (The Jurassic Games), Jamie Tisdale (“From Dusk Till Dawn: The Series”) and Heather Langenkamp (A Nightmare on Elm Street) encounter the terrifying PORTAL this October.

The ambitious founder of an amateur ghost hunting team is tired of chasing down the same old “haunts” as every other wanna-be team out there, coming up empty-handed each and every time. He dreams of being like the famous teams on TV.

Ryan Earl Merriman was born in Choctaw, Oklahoma, to Nonalyn and Earl Merriman. He began his acting career doing commercials, print work, vocal performances, and local theater in Oklahoma when he was 8 years old, moving into film and television work at the age of 10.

Ryan was in the film “42” alongside Harrison Ford and Lucas Black.

On occasion, Ryan can still be seen as Ian Thomas, the charming but sinister character that everyone loves to hate, in the hit ABC Family Channel drama, Pretty Little Liars as they continue to unravel some of the back story behind the death of “A”.

Ryan recently had the opportunity to step into a film that was a wild and fun ride as he portrayed the role of Kyle, the college science nerd with a few formulas for fun in his bag of tricks. In Attack of the 50 Foot Cheerleader, a film by legendary producer Roger Corman, Ryan is reunited with Treat Williams, his dad from Deep End of the Ocean as they enjoy the chance to work together again. The Epix original movie is set to premiere on the EPIX network August 25th, 2012.

Ryan also completed work on a new project that is sure to catch the interest of fans of his work. It places Ryan in a completely different role than he typically portrays. This psychological thriller, entitled, Dose of Reality, has Ryan in the role of Matt.

Ryan starred in the Hallmark original movie ‘Elevator Girl’ starring alongside Lacey Chabert (Mean girls). Romantic comedy is a new genre (for Ryan) to be added to an already diverse resume, ranging from horror to western, from thrillers to sitcom.

Among his other work is an independent film called “The 5th quarter”. Also released was “Home of the Giants” an independent drama/thriller which co-stars Haley Joel Osment and Danielle Panabaker.

Among his television credits is “Comanche moon” a 6-hour mini-series, with an all-star cast including Val Kilmer, Karl Urban, Steve Zahn, Rachel Griffiths, Linda Cardellini, and Graham Greene, is written by Larry McMurtry and Diana Ossana.

Merriman has also starred in several television films including Lifetime’s “Dangerous Child,” “Backwoods” a psychological thriller co-starring with Haylie Duff, “Rocket’s Red Glare,” “Luck of the Irish,” “Smart House,” “Ring of Endless Light,” Hallmark’s “Night Ride Home,” “Lansky,” “Everything That Rises” and “Taken” on the Sci-Fi Channel produced by Steven Spielberg. In addition, Ryan has starred in three feature films. “Deep End of the Ocean” with Michelle Pfeiffer, “Halloween: Resurrection” and “Just Looking,” that was directed by Jason Alexander. Merriman also starred in the ABC series “Veritas” and the recurring role of “Young Jarod” on the NBC hit series “The Pretender,” which ran for four successful seasons on NBC. He was also a series regular on the NBC television sitcom, “The Mommies.”

Ryan was awarded a “One to Watch” award at Movieline’s Hollywood Life 7th Annual Young Hollywood Awards. He has also received eight nominations for a Young Artist Award of Hollywood and been a winner six times. In addition, Ryan has been nominated five times for a Hollywood Reporter YoungStar Award.

Ryan’s charity of choice, which he supports actively, is Children’s Miracle Network Hospitals. He is also active in numerous other national and local charity organizations. Merriman enjoys all forms of outdoor sports. He is an avid golfer, enjoys dirt biking, mountain biking, water sports, snowboarding, horseback riding, all team sports and hanging out with his Rottweiler’s. In his free time, Merriman enjoys being home in Oklahoma with his family and friends, taking in a round of golf, boating, wakeboarding, camping, fishing, and hunting. —IMDb Mini Biography By: Ryanne Turrenhout