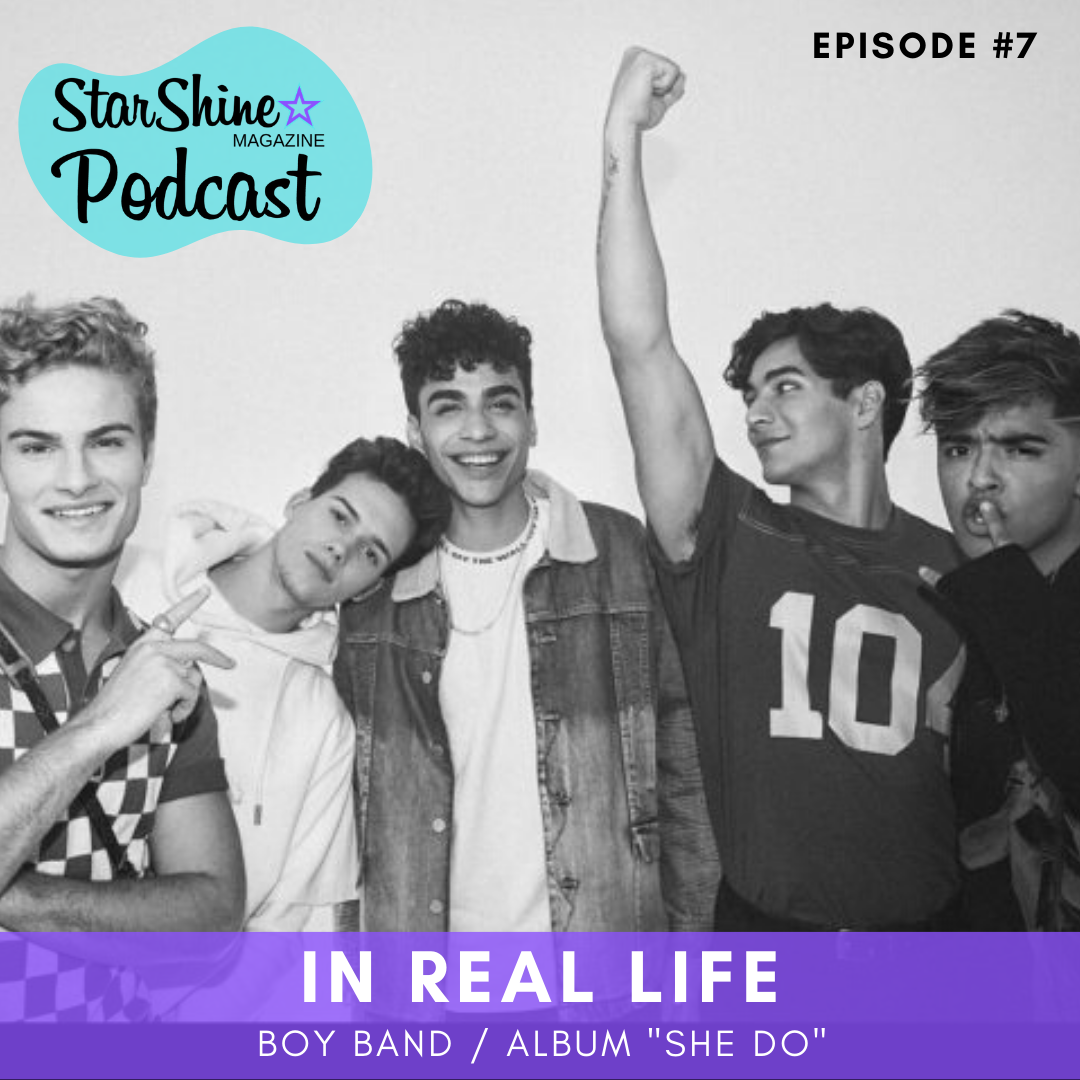 Two years ago, ABC searched for the next boy band on their show aptly titled, Boy Band. Young talent across the U.S. auditioned and competed each week on TV until the final five guys were picked.

Since then, In Real Life have been performing, keeping up with their devoted fans on social media, and they released their debut album She Do this summer.

Earlier this month, IRL embarked on their headlining For U tour. StarShine’s editor, Sandy Lo caught up with the band backstage before their New York City show to ask them a few questions from our readers along with a few of our own.

Listen on the go!

Listen to In Real Life on Spotify!

Lost In You – A Boy Band Romance Novel by Sandy Lo: https://amzn.to/2oytbRg