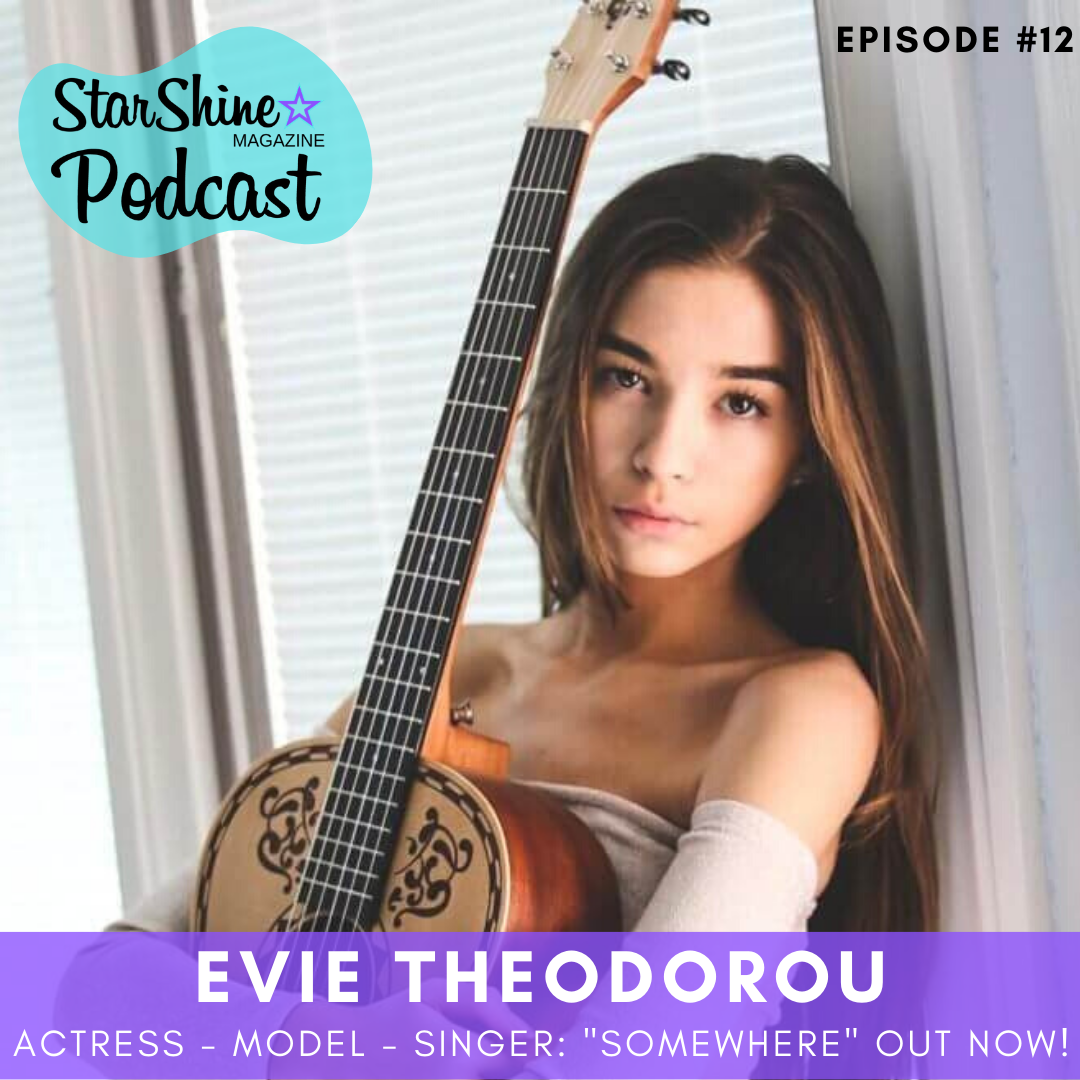 In episode #12, Sandy Lo chats with actress, model, and singer, Evie Theodorou about her new single “Somewhere”, upcoming TV series “Nancy Mindy”, and her modeling career. Listen to the podcast and scroll down to hear “Somewhere”.

Acting, singing, or striking a pose on the runway, Evie Theodorou takes the lead. Evie’s given name Evanthia means “beautiful flower” in the Greek language. Evie still remembers her first professional photoshoot at a mere five years of age when she told her parents that her future ambition was to be on camera.

Now at 15, you will find her in her very first web series called Nancy Mindy, where Evie is captivating in this production (release TBD).

In addition to her acting career, Evie is working hard refining her vocals as she just recorded her first EP. Her song “You + Me” from her EP will be the first to be released this fall. Being a songwriter has also been something she has a passion for as she co-wrote her new EP.

In her free time, she keeps herself busy playing guitar and piano and continuing to work hard at her crafts. You will also catch her modeling year-round for several designers on the runway in New York for the NYFW Style week.

Lorenzo + David Henrie Discuss ‘This Is The Year’ in StarShine’s Fall Issue Out Today!