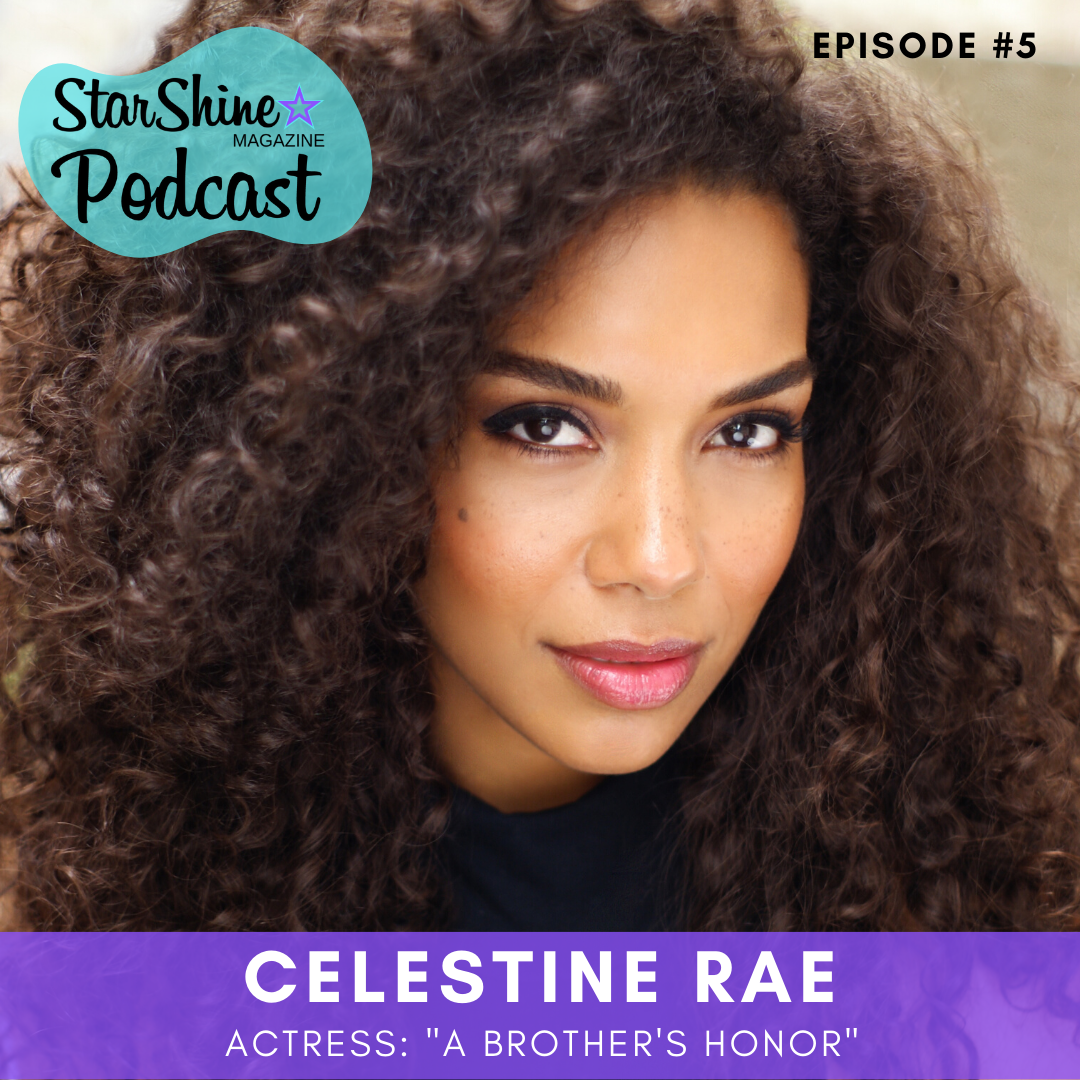 Sandy talks a little about books being adapted for movies/TV before interviewing Celestine Rae, star of A Brother’s Honor, an adaptation of Brenda Jackson‘s novel of the same name. The film is available on Passionflix.com, a streaming service that only has movie adaptations of romance novels! Celestine Rae is the network’s first POC leading lady. In their interview, Celestine talks about the film, growing up in Philly, and keeping it real after the cameras stop rolling.

Born and raised in Philadelphia, Celestine found herself drawn to the arts at the young age of 4 years old. Celestine fell in love with the art of dance and it was on stage that she found herself and her calling. Celestine performed in school plays in grade school and would volunteer to choreograph the dance numbers in her shows as well as at her dance studio.

Her passion for dance quickly grew into a love for acting as she was nicknamed ‘Face’ by choreographer and former Alvin Ailey company dancer, David St. Charles, for her passion and expression while performing in his narrative ballets. She would later go on to attend Temple University, pursuing a B.A. in English. While studying at Temple, Celestine was greatly encouraged to purse acting by many of her teachers and began to audition for short films and plays.

After graduating from university, Celestine immediately relocated to New York City to pursue her career as an actress full time. She trained at The William Esper Studio under Terry Knickerbocker, graduating from the Meisner Conservatory Program. Celestine has performed in several off-Broadway productions in New York as well as numerous films and television including HBO’s “Boardwalk Empire,” NBC’s “The Blacklist,” and NBC’s “Law & Order: SVU,” to name a few.

When Celestine isn’t busy in front of the camera, she can be found spending time with her husband, or at her local yoga or dance studio to keep in shape. Celestine also has a high interest in social justice and various organizations and charities that help contribute to their causes.