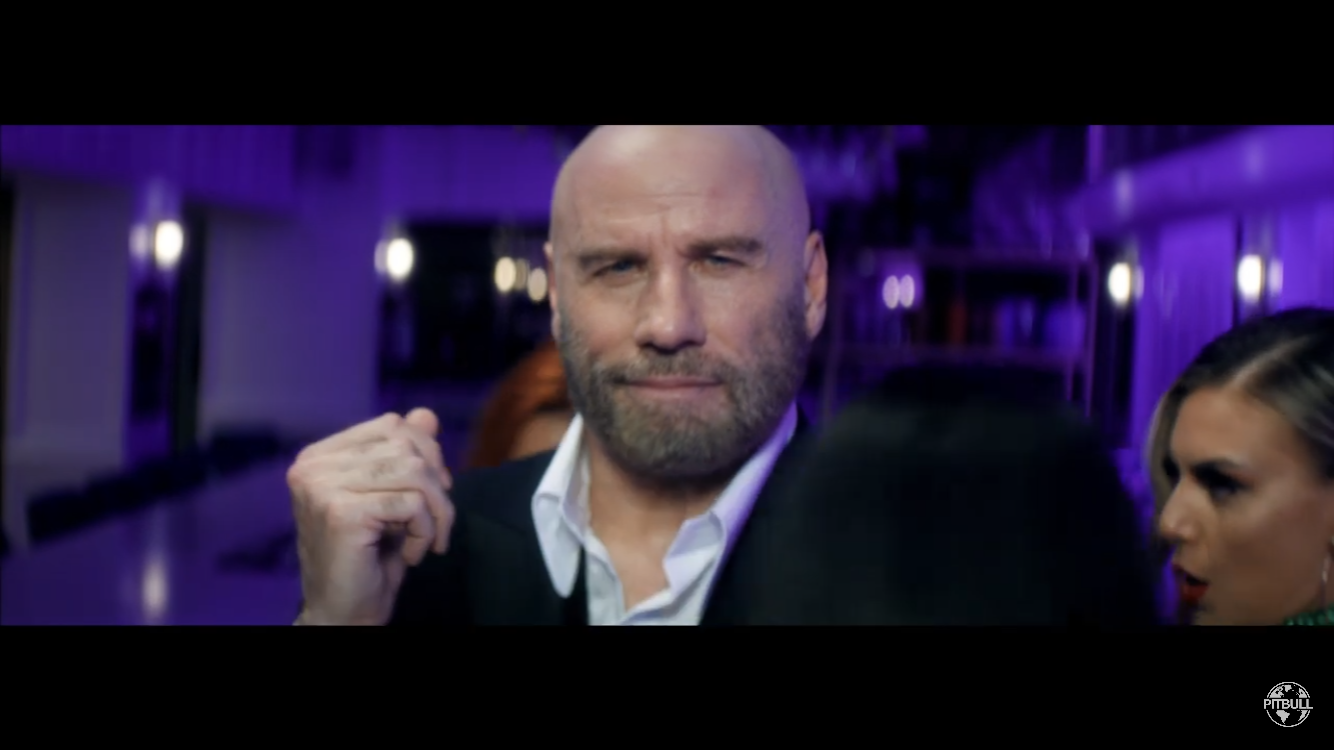 Latin club hit maker Pitbull released his new music video “3 To Tango” earlier this week. The song is about, you guessed it, a ménage à trois, which not surprisingly means the video stars dozens of scantily-clad females gyrating against each other.

What is surprising, though, is a cameo by Mr. Saturday Night Fever himself, John Travolta!

Pitbull and Travolta became unlikely friends during the filming and promotion of the movie, “Gotti“. Travolta starred in the film while Pitbull was featured on the soundtrack.

In the music video, glimpses of the back of Travolta‘s head can be seen, making unassuming viewers think the bald head is most likely belonging to Pitbull.

At the end, Travolta‘s identity is revealed before he dances with two sexy women, proving at 65 he still has the moves!

Check out the video!