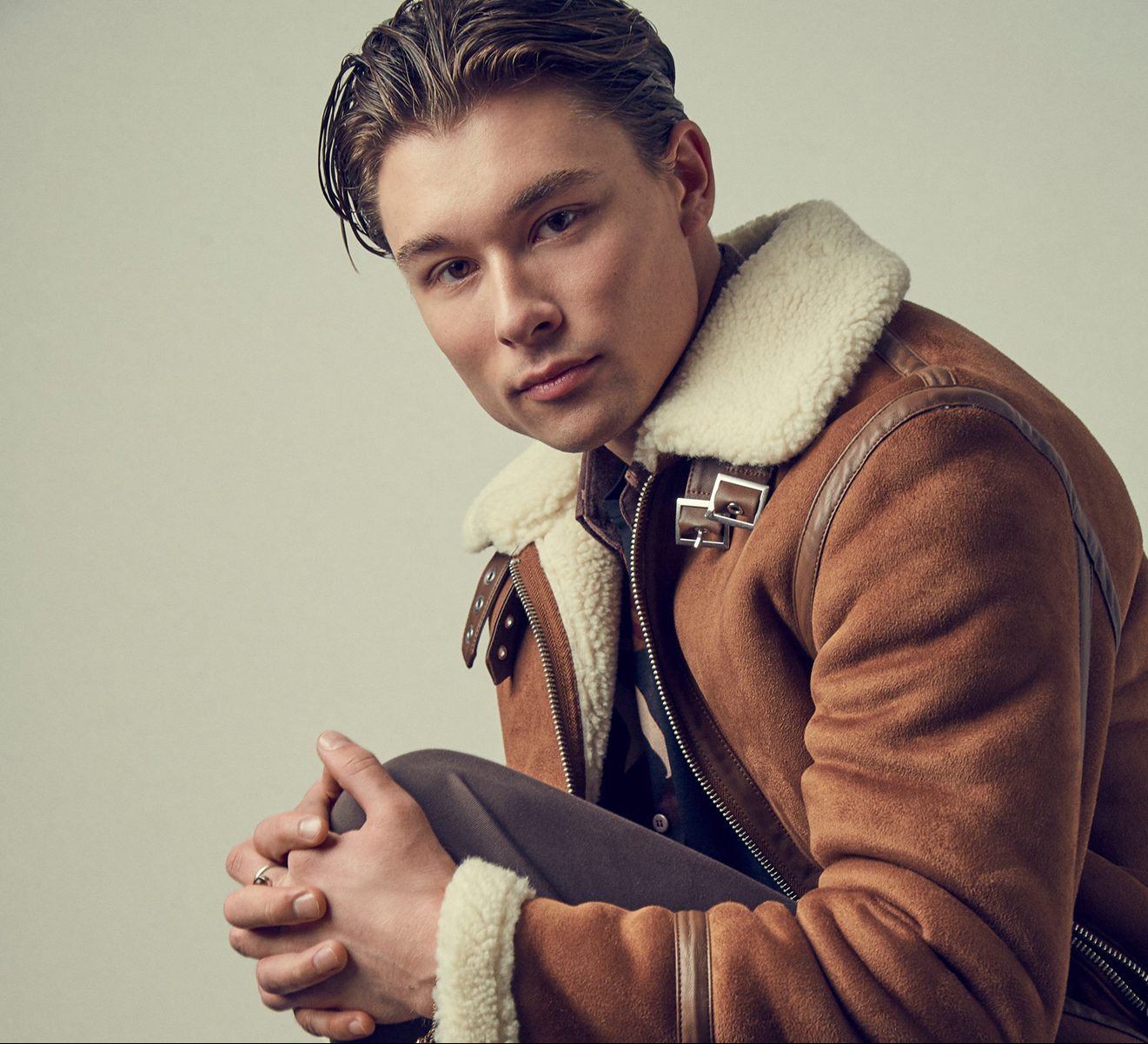 Phillip Lewitski is a multi-talented actor, musician, and artist from Canada. Currently, Phillip can be seen showing off his music and acting skills on Hulu’s dystopian series, Utopia Falls as well as on the current season of Vikings as We’jitu. Get to know Phillip right now in his interview with StarShine!

For those readers out there who haven’t seen Utopia Falls yet, tell us about the series and your character, Apollo.

Utopia Falls follows a group of teens as they try and navigate this society called New Babyl. Discrimination against gender, sexual orientation, race are all things of the past. These talented teens are asked to compete in an annual arts competition called The Exemplar where 24 16-year-old candidates from all four sectors face each other.

Some questionable things happen at the academy that makes our teens question everything they have been told.

Apollo is musically gifted and can play almost every instrument by ear. Apollo is very strong-willed and will stop at nothing to expose the truth or fight for something he believes in.

His family history is a very blurry subject for him so that’s been something he has always wanted to find out more about. Although uncovering things about his ancestor’s past exposes more than Apollo could have ever expected.

What was your casting experience like for Utopia Falls?

The casting experience for Utopia Falls was very enjoyable. I think what made it so positive for me was how much I connected with Apollo. I just loved going into the casting studios to read for him. I loved talking to the director and producers about him.

When I got the call from my agent that they wanted to see me for the role she told me that they were trying to find locals to play the leads but couldn’t find any actors to play some of the roles, Apollo being one of them.

It was a weird feeling when I first read the breakdown for Apollo’s character. Everything just made sense. It was very flowy and I felt connected to his soul on so many levels.

Which scene was your favorite to film?

My favorite scene to film was probably in episode 8 during one of the drum sequences for The Exemplar competition. I remember seeing the stadium we were filming in for the first time and the hundreds of extras that were there for the crowd.

Something about it felt so real and I genuinely felt what Apollo would be feeling at that point in the competition. Just before walking on stage for the scene I looked up and prayed to my ancestors to help guide my hands on the drums. I felt this energy around me on the stage like I wasn’t alone up there. That moment was very moving for me.

Any news yet on season 2?

I can’t share any information on this yet so we’ll just have to wait and see.

Watch the trailer for Utopia Falls!

If you had to be stuck in quarantine with one of your co-stars throughout your career, who do you think you would get along the best with?

Depending on how long the duration was, I feel like if I had to pick a co-star long term it would be Adam Beach.

[Adam and Phillip appeared in an episode of Supernatural together.]

Adam and I can talk for hours and it feels like seconds. He is such an old soul and is so full of knowledge. I feel like from the time we spent together I’ve only scratched the surface. He’s also like a father figure so he would be able to take care of things.

I would also pick Devyn Nekoda (who plays Sage 5 in Utopia Falls) because we’ve lived together in LA before so I know we wouldn’t rip each other’s heads off if we were under the same roof for an extended period of time. She’s also one of my best friends, so our time together is always incredible.

You’re also on the current season of Vikings. What are you allowed to share with us about season 6 and your character?

At this point, I am under pretty strict contracts that don’t allow me to say much about it. All I can say really is I think audience members are going to be on the edge of their seats watching it. It’s very fast-paced and let’s just say Michael Hirst, the writer, doesn’t hold back.

If you could remake any movie with yourself in it, which movie would it be and which role would you play?

I love everything Quentin Tarantino did with Reservoir Dogs. I have always been a big fan of Quentin’s and it all stemmed from that movie. It really doesn’t matter what role I would play as Quentin makes every role no matter how big or small an essential and significant piece to the story as a whole.

Finish this sentence: When I’m not working, I’m…

…playing my instruments, drawing with charcoal. Reading, or writing.

What are your favorite shows to binge right now?

I binged right through Fleabag, which was pure genius. I love Money Heist. I am currently watching Schitt’s Creek. I am starting Killing Eve. I watched When They See Us. I am also going to binge Ozark.

Where is the first place you’re going to go when you get out of quarantine?

I am hopefully going to go right back to LA. I miss the energy and the people.