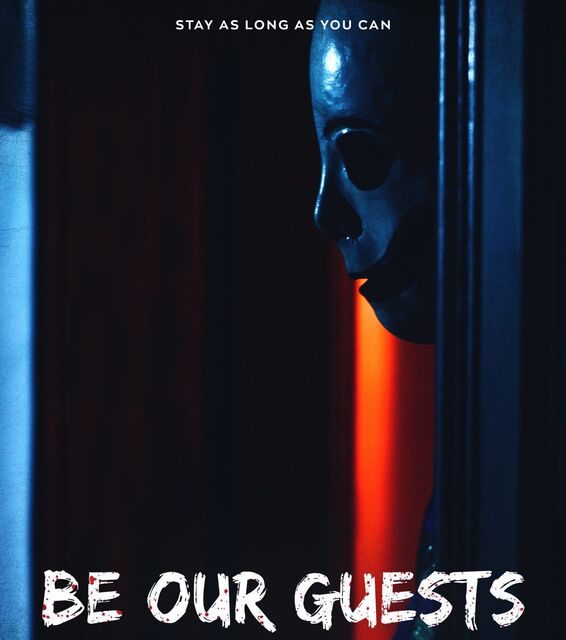 From writer and director, Gary “Devon” Dotson comes the chilling horror film, Be Our Guests.

Writer/Director/Music Producer Gary “Devon” Dotson will “Be Our Guest” on the StarShine Magazine Podcast Halloween episode on 10/24.

Described as Strangers meets Scream, Be Our Guests is about six friends celebrating the end of college finals together by throwing a killer party at a bed and breakfast located on 40 secluded acres.

The end of the night is when the real party begins as a series of terrorizing events has three couples fighting for their lives. After seeing this film, you’ll be thinking twice before booking your next Airbnb.

The film also features an awesome soundtrack that will be released soon on NVE/Universal Records. Visit the film’s official site for upcoming showtimes and details.

Be Our Guests will be available on Amazon Prime Video and in select theatres on October 25th.

More About Be Our Guests

Be Our Guests is a feature-length thriller with an attractive cast that revolves around sinister rental property owners who prey on their unsuspecting vacationing guests. The film is a Strangers meets Scream feature that will premiere on October 25, 2019. Visit the film’s official site HERE.

Formed in 2002 by CEO Gary “Devon” Dotson, NVE began as a record label and music publishing company, solidifying its place in the industry with music placements on MTV, NBC’s The Voice, Netflix, The CW and many more. Dotson has since expanded the company into films and book publishing. Be Our Guests is the second feature film by NVE following horror film, Broken Doll (Amazon Prime Video).

Another Successful Year at the NYC Winter Film Awards