Amy Adams in “The Woman In The Window.”

Twentieth Century Fox released the first trailer for the psychological thriller, The Woman in the Window this morning and it is chill-inducing! Amy Adams stars as an agoraphobic child psychologist who befriends a neighbor across the street, but when her new friend disappears she suspects foul play and her life turns upside down. Based on a best-selling novel, The Woman in the Window features an ensemble cast that includes Gary Oldman, Anthony Mackie, Wyatt Russell, Brian Tyree Henry, Jennifer Jason Leigh, and Julianne Moore and opens in U.S. theaters May 15, 2020. The screenplay is by Tracy Letts and is produced by Scott Rudin, Eli Bush, and Anthony Katagas. 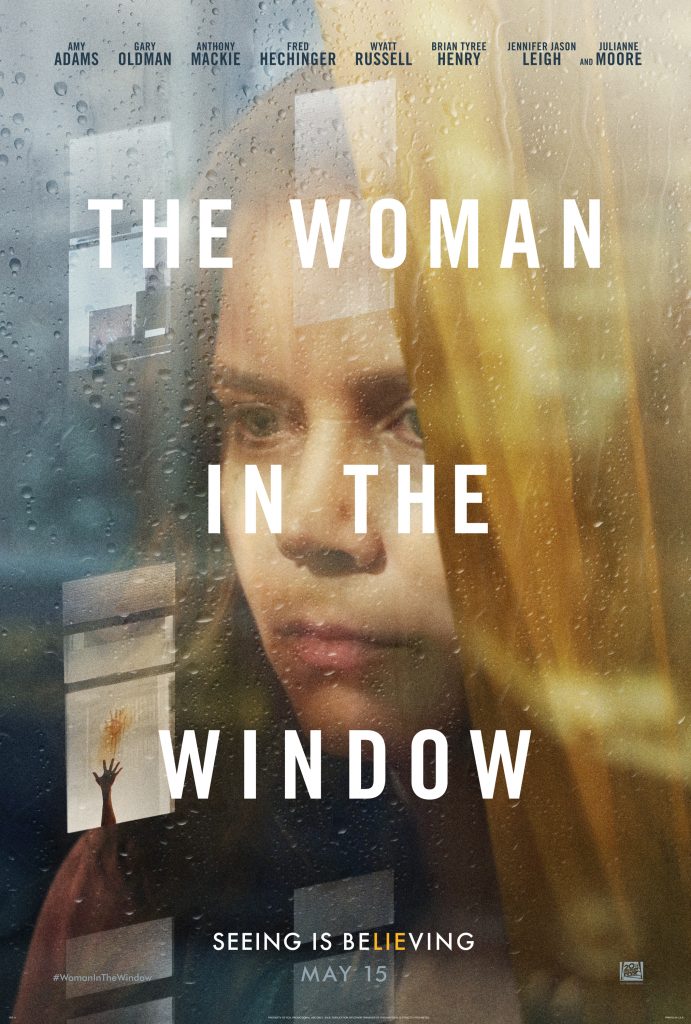