First time writer and director Kevin McMullin pulls together a gripping story with his new film, Low Tide, which is currently available on DirectTV. Low Tide will also be in theaters this Friday, October 4th.

The film centers around teenager Alan (Keean Johnson), his younger brother, Peter (Jaeden Martell), and his best friends, Red (Alex Neustaedter) and Smitty (Daniel Zolghadri). The young boys all live in a beach town on the Jersey shore where “bennys” come for the summer to vacation. 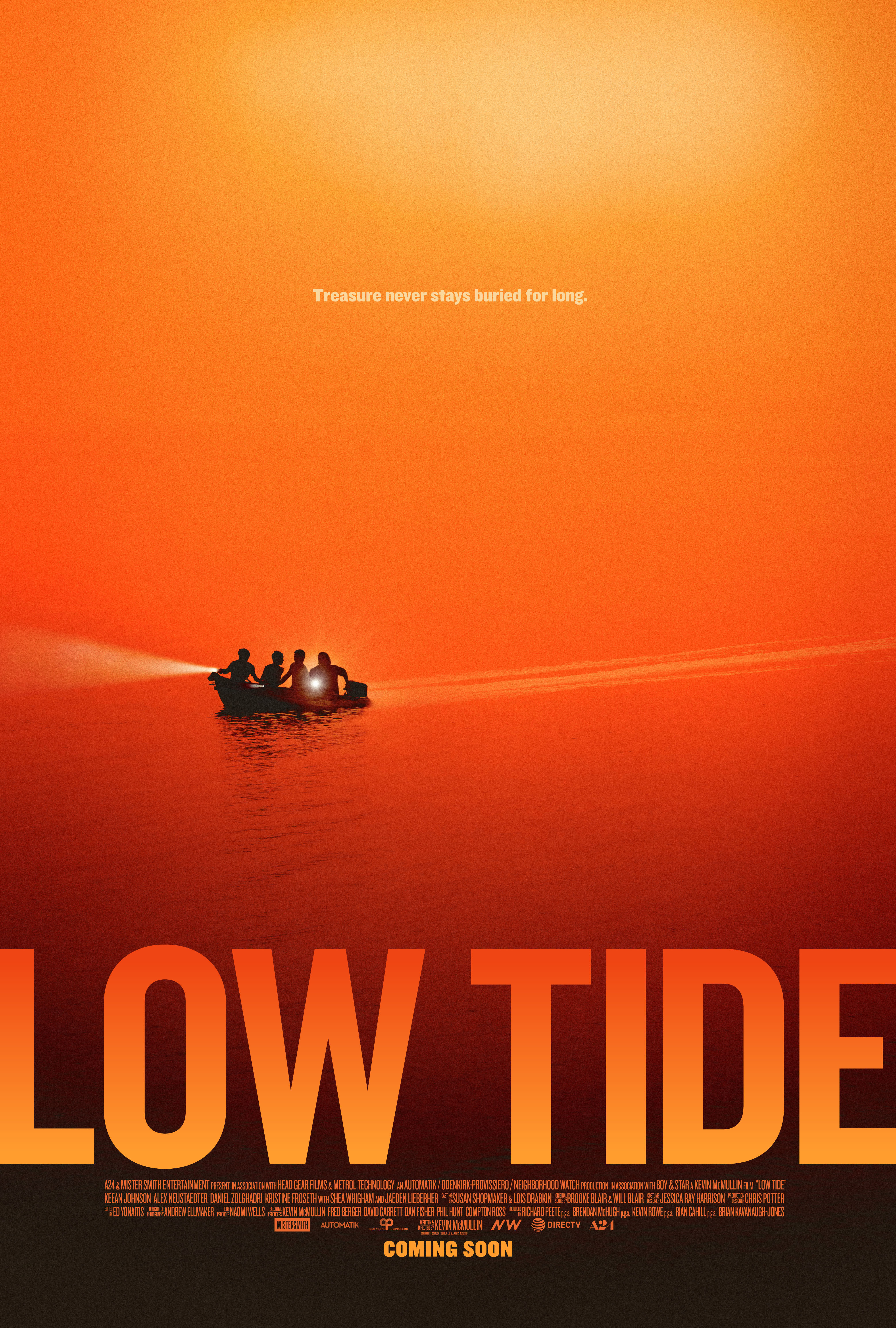 13-year-old Peter is a straightedge kid, already holding down a job selling fish on the dock, while older brother Alan makes money breaking into vacation homes with the intense Red and obnoxious lookout, Smitty.

During a robbery, Smitty breaks his leg. Even though they’ve never discussed it on camera, Alan bringing Peter along to drink beer and hit on girls seems like an unspoken agreement that he will fill in for Smitty on the next heist later that night.

This particular night, Peter and Alan find more than they bargain for as they come across a bag of gold coins. From there, the movie becomes an intense game of trust. Alan and Peter try to keep their secret treasure hidden while Red’s paranoid aggression becomes increasingly alarming.

Keean Johnson (Alita: Battle Angel, “Nashville”) lights up the screen as Alan. His good looks and talent have me wondering why he isn’t all over my TV screen yet.

Many of Keean’s scenes are believable thanks to his ability to pass a look without saying a word and still share an emotion or thought. To his credit, Jaeden Martell (IT; IT Chapter 2; St. Vincent) also shares the ability to convey feelings with just one look. This shared gift made the two actors believable as brothers since most of their scenes were together, passing “oh crap” stares at each other.

While most coming-of-age adventures, like The Goonies and Stand By Me involve comedic moments, don’t expect too much of that from Low Tide. The film has an intense, darker undertone, but the romance between Alan and a vacationer (Kristine Froseth) lightens the mood and reveals a vulnerability to his character.

See it on DirectTV or catch it in theatres on Friday, October 4th!

Check out the trailer below and official synopsis.

In the long days of summer in a beach town on the New Jersey shore, high schooler Alan (Keean Johnson) and his friends Red (Alex Neustaedter) and Smitty (Daniel Zolghadri) break into vacation homes to steal valuables, funding dates at the boardwalk and lunches at the burger stand. When Alan and his younger brother Peter (Jaeden Martell) find a bag of gold coins, they try to hide them from the others — but Red, suspicious and violently unpredictable, seems willing to do anything to get the money.

WRITTEN AND DIRECTED BY
Kevin McMullin

RATING
Rated R for language, some violence and teen drug use.