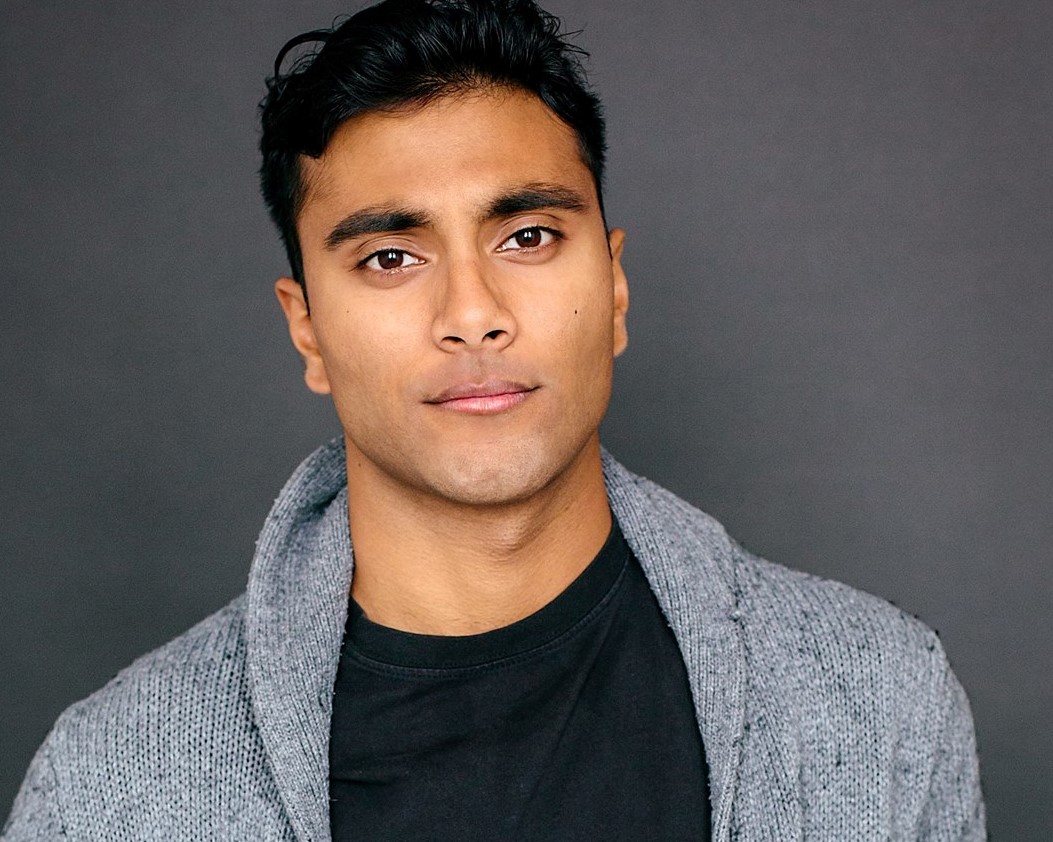 Born in Mumbai and raised in Calgary, Alberta, Canada, Praneet Akilla always had a love for the arts even while he pursued a degree in Chemical Engineering at McGill University.

Praneet spent summers acting in community theatre and in local movie productions. After one of the films he was in, Jewel Fools premiered at the Calgary International Film Festival, Praneet decided to pursue acting full-time.

This month, Praneet can be seen in his first breakout role on Netflix’s sci-fi monster series, October Faction as Phillip Mishra. Get to know this rising star in my interview with him and tune into October Faction on January 23rd!

Congratulations on your role on October Faction! Tell us about your character and the role you play in the series.

Thank you! The character I play is called Phillip Mishra. He is the captain of the football team, the jock, the alpha at his school. When the Allen family moves into town, Geoff Allen, their son enrolls in school and then he and Phillip have some tensions. Phillip likes to assert his dominance and I don’t wanna give too much away, but there is a secret plot thread that sort of reveals itself midway through the season, but let’s just say there are some tensions between both of these characters.

What has been your favorite scene to film so far?

I did a lot of action sequences in this show so there was a lot of stunt work that I really enjoyed. Typically, in my acting career so far, I haven’t done much in terms of stunts. The team really trusted me and so did the showrunner and director Damian Kindler. They trusted me to do a lot of stunts.

There’s a highly emotional scene that takes place in a high school party, let’s just put it that way. Again, I don’t want to give it away, but that’s a really emotional scene and a pretty big turning point in Phillip’s character arc throughout the show that I thoroughly enjoyed filming as well.

It was incredible. This was my first sort of break, I guess. I haven’t had a role this big before as a major recurring character on a show. I was sort of nervous coming in, but then the cast and crew were so supportive … such incredible, talented actors and everyone showed up on set ready to work, ready to have fun, ready to play. I can’t say enough good things about my costar Gabriel Darku, who I worked with a lot throughout the whole show. We got to know each other and became really good friends and so did the rest of the cast. Having that sort of camaraderie offset really helps the performance onset as well. I just think the whole experience was tremendous and hopefully the audience will see that when they watch the show.

Yeah, and his favorite scene was one he did with you from episode 4 and he also couldn’t give too much away either. [laughs]

Yeah, that’s the scene I was talking about! I wish I could say something, but unfortunately, I can’t.

I know that you like to read. Have you read the graphic novel, The October Faction?

I did. Before I started, I read three or four of the graphic novels in different volumes and then in our showrunner’s office, he has a collection as well. So, I took a bunch home and between shoot days I would read it. I’m a huge comic book fan when it comes to Marvel and DC and even some of the Dark Horse comics … I love those as well.

So, for me, the moment I knew that I was going to work on a show that was based on a comic book, the 11-year-old kid inside me that would read comic books during recess … I was just geeking out. I will say, though, that the show isn’t a strict adaptation of the comics. It definitely veers off on its own sort of storylines, but with the blessing of Steve Niles, who is the creator of the series, we were able to go there. I think both are great standalone pieces of art.

I know you do a lot of theater work so being on a TV series must be so much of a contrast.

It is. I think the biggest difference is with theater you have a long rehearsal period and you’re sort of warmed up and you do everything in a chronological order from start to finish. Whereas on a film set you’re sort of shooting scene 10 from episode 3 first and then you’re going to do scene 1 perhaps from episode 2. So, the order of things is different which means that in terms of skill for film and TV, the challenge was to be able to deliver whatever impact that is needed in that moment on that particular day without sort of working up to it. Whereas the luxury of theater is you get to kind of work up to those moments. But I think both have their strengths. Film and theater are my first loves so I’m just happy to finally have the cameras in front of me.

What is your favorite Broadway show?

Ah, so many. This is hard. My all-time favorite show is “Sunday in the Park with George”. Anything by Stephen Sondheim I love. “In The Heights” – I remember seeing that in New York actually in 2009, I think. I was actually blown away. For an actor of color, you know, that was the first time I actually saw some people like me on stage in a leading role too, so that really had a big impact on me.

What is your favorite thing about acting?

I think the reason I fell in love with acting was the impact a good story has on an audience. There’s nothing like it. Just being able to tell a story and then see a kid’s face light up or see someone cry or see someone feel happy. Just be able to impact the way people feel. 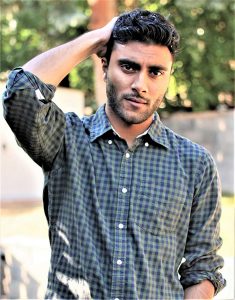 Do you have any other projects in the works?

I have some film and TV stuff down the line, but I can’t say anything about them yet, unfortunately. I will say that I am workshopping a show called Mahabharata, it’s a Hindu mythology epic in the vein of Lord of the Rings kind of. It’s essentially like the world’s longest poem next to The Odyssey and The Iliad. We’re doing a 6-hour adaptation of that show and we’re premiering it at the Shaw Festival in Toronto, Canada. Then after that, we might tour into New York and other places. It’s the first time in North America that it had ever been produced with an all-South Asian cast. That’s never been done in the history of this particular piece.

Since October Faction is about monsters … If you could be any supernatural being, which one would you choose?

I think I’d be a werewolf. I don’t really have a good explanation why. I just think they’re cool-looking. Also, I’m a big Harry Potter fan so the whole story arc of Lupin from Prisoner of Azkaban turning into a wolf, that kind of got me when I first read it.