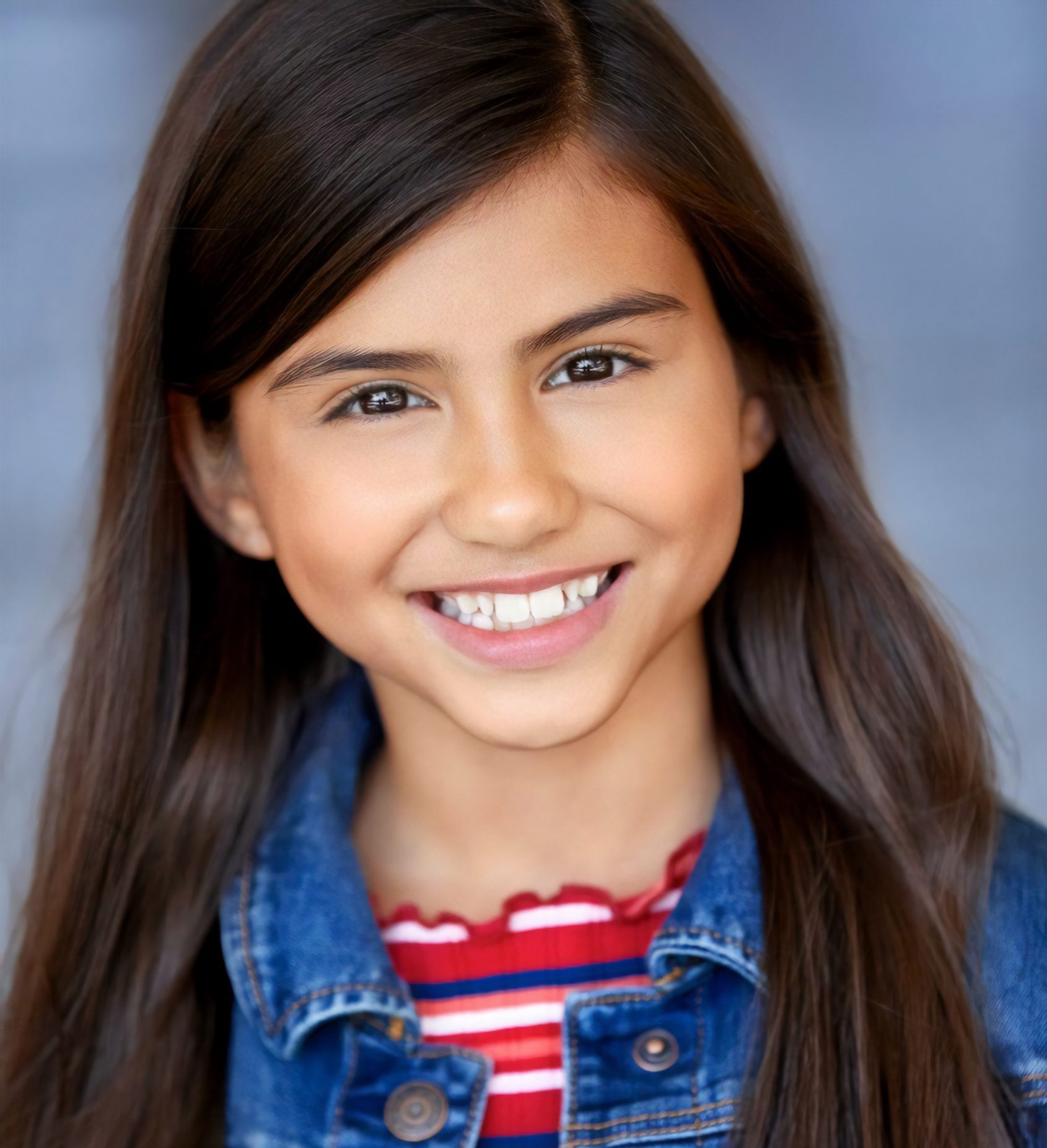 An all new TV series will air on Netflix this summer based on the life of Tejano crossover pop superstar, Selena Quintanilla, who was tragically murdered in 1995.

Selena: The Series is a coming of age story focusing on Selena’s journey and rise to fame. Christian Serratos (The Walking Dead, Twilight) will take on the role of older Selena while 9-year-old Madison Taylor Baez stars as Young Selena.

Madison is a a talented rising star known as “America’s Anthem Girl” since she often performs the National Anthem at big sporting events for the Los Angeles Dodgers, LA Rams, and the Harlem Globetrotters.

StarShine recently asked Madison about her new role as Selena and how she got started in music.

I’m very excited to see you in Selena: The Series. Were you familiar with Selena before you were cast to play the young version of her?

When I got the audition, I didn’t really know much about Selena, but my mom and dad were huge fans. They told me all about her, and I researched her, saw the movie and I looked at all of the YouTube videos from the time she was young Selena to adult Selena, and I fell in love with her music.

I also discovered that mine and young Selena’s life mirrored each other’s in that both our fathers introduced us to music and taught us to sing and perform at a young age. We also both had to learn to sing in Spanish as well. A lot of the moments in young Selena’s life that I recreated on-screen were many of the same moments in my life when I was just starting out singing.

Did you do anything special to prepare for the role?

I learned to sing in Spanish and also learned a little Texas slang. Mostly, I read as many things as I could about Selena and her family’s early years as they were just starting out. I wanted to fully understand what Young Selena was like at my age and what the family went through. Oh, and I practiced Selena’s amazing spin she always did on stage.

Watch the trailer for Selena: The Series premiering on Netflix in the Summer of 2020

The cast was amazing. We really bonded like a family and every day on set was so much fun. Off set we ate together and spent time in each other’s dressing rooms playing games or just talking and having fun. Everyone was so professional and always helping each other out.

You mentioned you learned to sing in Spanish for the role, so I’m assuming you get to sing in the series?

Yes, I sang a lot of the songs that young Selena sang in both Spanish and English and it was so much fun. I’m excited for everyone to hear me sing!

Of all of the events you’ve performed at, do you have a favorite?

Oh wow! I would say on Father’s Day at the Dodgers game to a sold-out stadium. It was such a special moment for me and my dad. He started taking me to Dodger games when I was 3-years-old and when I was 6, we were at a game and he told me when the National Anthem started that I would one day be out on that field singing.

So when I did it a few years later on Father’s Day, we both embraced on the field after I sang and we both cried. My performance went viral and along with our story which became national news everywhere. 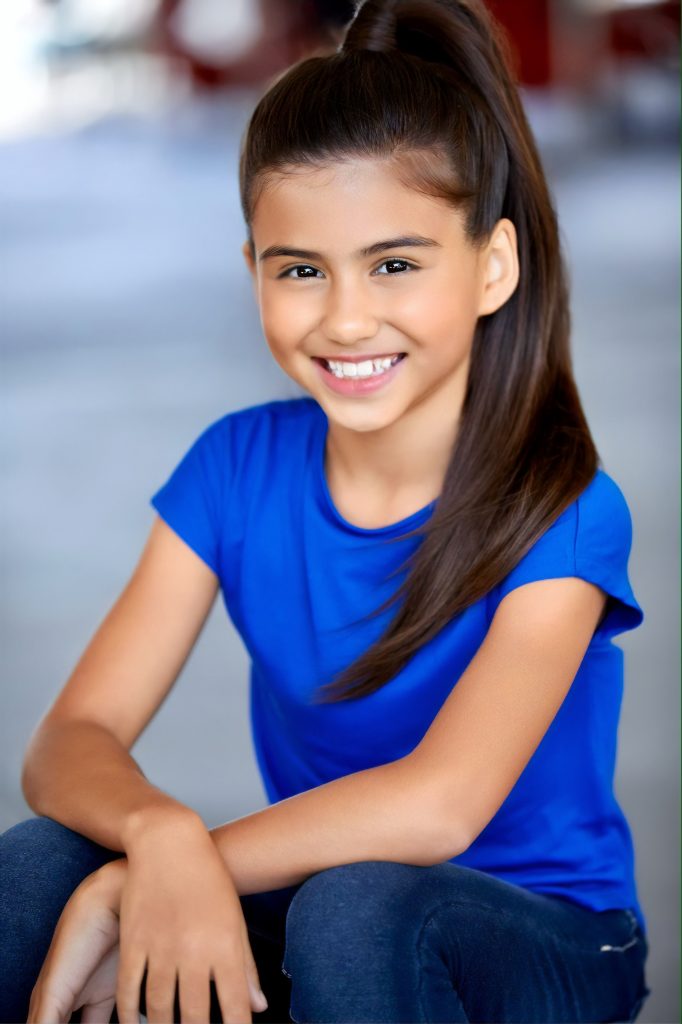 You have met so many cool people. Have you ever become starstruck?

Oh, I get starstruck every time 😂! It’s so awesome. I have met so many celebrities and it’s crazy that they ask to meet and take a picture with me. I’m like, “Really, they want to meet ME?” 😂 I have met Tiffany Haddish, Magic Johnson, Sugar Ray Leonard, Tommy Lasorda, Cody Bellinger, Tommy Davidson, Ray Lewis, Eric Dickerson, Metta World Peace, and Sister Sledge, to name a few.

How did you get into music?

Well, I started singing when I was 2-years-old and I would get my father’s iPad and sing and memorize songs from the great singers of Motown and all genres of music from the ’50s to today’s music.

At 3-years-old, my father who introduced me to singing was diagnosed with stage 4 colon cancer and over the last 6 years, I developed my singing voice by learning new songs to sing to him to help him throughout his cancer battle.

I would sing at his hospital bedside after his many surgeries, at home for months of recoveries, and during his chemo treatments. I was always at his side singing a song for him.

Then at 7-years-old, my father taught me the National Anthem and sent a video of me singing it to the LA Lakers. A few days later, they called and I had my first ever public singing appearance a few weeks later.

From that single appearance and over the next 2 years, other professional teams called to have me to sing the National Anthem. The LA Dodgers, LA Rams, LA Galaxy, LA Kings, Harlem Globetrotters as well as colleges and many high profile charity events. Some of those singing appearances went viral and became a national story all over the news and now I’m known as America’s Anthem Girl.

Watch Madison nail the National Anthem when she was just 8-years-old!

What’s your favorite type of music to sing?

I love to sing all genres of music from Motown, classic rock, pop, and music from the ’70s to now. I love to sing songs that have lots of soul as well as energy. I love Aretha Franklin, Freddie Mercury, Etta James, Journey, Stevie Wonder, Beyoncé, and Frankie Valli. My most favorite is Bruno Mars as we are very similar. We both play multiple instruments and love to have fun on stage when we perform.

Do you have any other upcoming projects or concerts you want to share with us?

I’m working on a few TV pilot opportunities that I’m hoping goes forward and hopefully, I can share soon. I’m always working on my singing and also writing and creating melodies on my piano and guitar. Also, I’m hoping to perform and do more charity events. That’s very important to me.