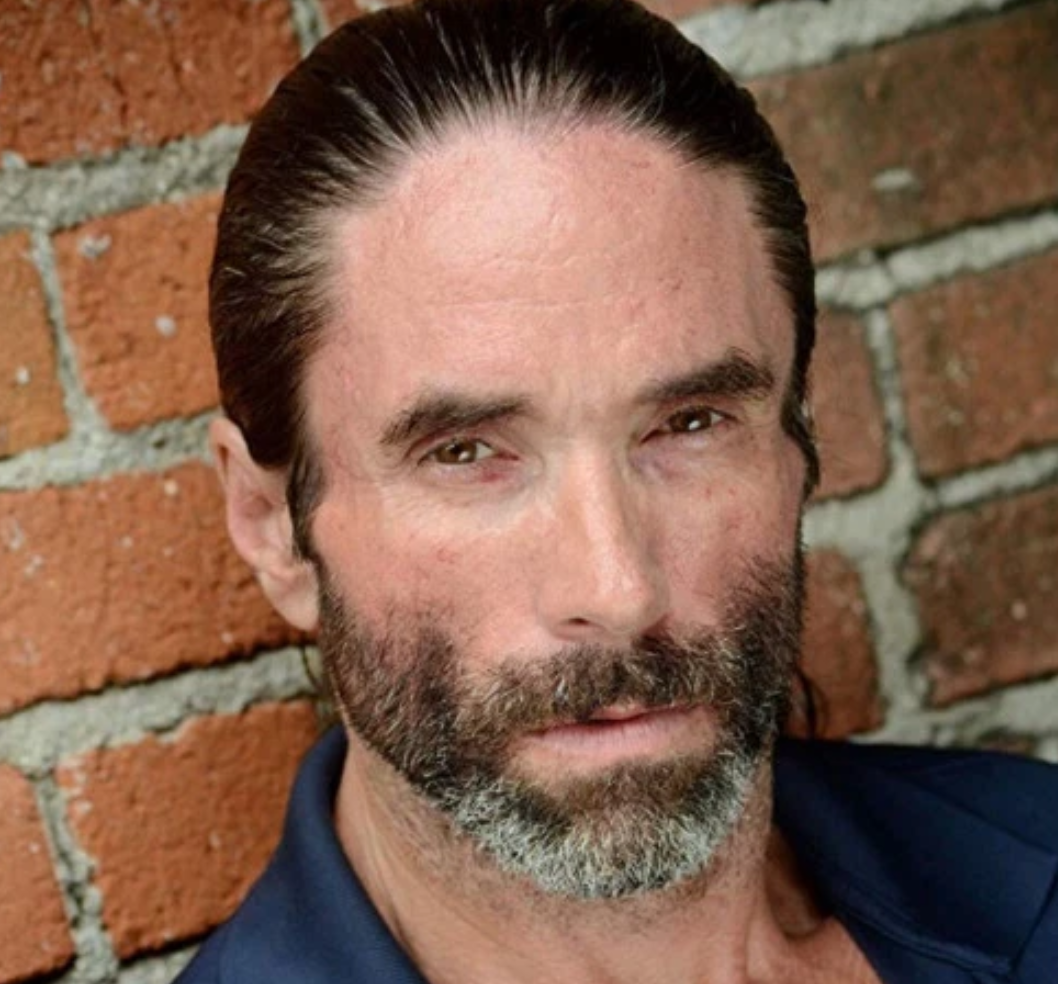 Jasper Cole is one of those actors that you’ve seen his face in a million different roles, but you can’t quite place where you know him from. His most memorable roles include Zeke in the SNL comedy film, MacGruber and the Oolong Slayer on Brooklyn Nine-Nine.

Unlike most of his roles, Jasper is a soft-spoken conversationalist who runs his own podcast, One-on-One with Jasper Cole.

Jasper’s latest film Captured is out now. In my latest podcast, I chat with Jasper about his experience in the entertainment industry, being mistaken for Danny Trejo, and Alexa vs. Siri.

Check out some highlights of my interview with Jasper below and tune into the podcast to hear the full audio.

I wanted to congratulate you on a little over 10 years now since MacGruber.

Oh God, I know. I can’t believe it’s been 10 years. Yeah, amazing. It’s the film that keeps on giving, literally.

I heard some rumors about a sequel. Is there any truth to that?

Well, you know … I can’t confirm it, but I know likewise there were some rumors and Will Forte had actually put that out there that he was working on a sequel. I had written to him and said we’ll bring Zeke back and he can be a zombie [laughs] … because Zeke is killed off — spoiler alert 10 years later. But he said he liked that idea so … and Jorma Taccone, the director — I had told him the same thing …

But yeah, it’s funny because it’s gotten this cult following in the last 10 years. It didn’t do what was expected originally, but it’s kind of built and grown over the last 10 years so it would be interesting to see them again.

How did you get your start in acting?

Well, my first start came when I was still living in Atlanta in 1985-86, I met a fellow playwright/actress named Becky Kennedy and we co-created this ridiculous talk show spoof called Willow Springs Now. It was like a cable access show in this small Georgia town and we played the two stupid hosts.

We did the show in Atlanta and it got good attention and we decided we would pack the cars up and drive to LA and bring the show out here and we did in 1987. Our first day here was the Whittier [Narrows] earthquake in LA, which was kind of a rude awakening … like hello!

But yeah, so the little show came with us and we got a producer in LA and we put the play up and it again did well and we got attention and got agents and then the real struggle began. But no, we stayed and that was 1987 and 32 years later here I still am. It’s all because of Willow Springs Now and then you know just the usual commercials and small bit parts and just kind of building my resume over the years. I was definitely not an overnight success.

Right, but you get to be a normal person still.

Right. Yeah, I’ve been talking recently–I’m now that old guy that’s preaching, no but I was just saying recently, in an article or something, that I just wish I had enjoyed the journey more so that’s the big thing I say to people … If you could just enjoy the process along the way and not always be like I got to get to the next whatever that next thing is. Because in the meantime you’re not really present when it’s happening.

I have all these credits and people sometimes will ask me about something … It’s not that I have Alzheimer’s and can’t remember. It’s just that I was not as present or grateful at the time and I’ll go, ‘oh yeah, I did that show’. So my career has been a marathon, not a sprint, that’s for sure.

What has been your favorite role you’ve played to date?

Well, you know it’s interesting. It’s probably genre by genre because I did theater for probably 20 years. I had so many favorite theater roles like Boys in the Band and Fool for Love with Sam Shepard. Then in television and film … I mean TV … More recently, I loved playing the Oolong Slayer on Brooklyn Nine-Nine. I mean MacGruber is always going to be a favorite film role because you know, it was sort of a break for me.

I have a film out now called Captured and I loved playing Shelley. Probably whatever the most recent role becomes your favorite. But it’s different from each genre and you know other than probably MacGruber, I haven’t had that one main role. I tend to have that sort of face that people recognize. First of all, everyone thinks I’m Danny Trejo. [laughs]

I love Danny. He’s like Hispanic and I’m Indian and he’s 75 and I’m 55, but he does look amazing. Lately, I’ve just been going with it, literally. I’m just like ‘hey man, thank you!’ They’re always like, ‘Loved you in Machete!’ I’m like, ‘me too, thanks!’ People can’t quite pinpoint where they know me from. That’s fine. I love it.

Ideally, the older I get, I just want to be like third or fourth sidekick on a TV show. Like those one hour dramas … I want to be the undercover guys that can be homeless or a drug addict or a drug dealer or whatever and maybe work 2 days a week. That would be great, but I’ll take whatever I think I have this reputation in the business that I love to work. I’m reliable. I’ll show up. No part is too big or too small for Jasper.

You’ve played so many gritty characters and homeless characters or killer characters. [laughs] Is there a character you’ve played that’s been anything similar to you in real life?

I’m starting a film next week called Kombucha Cure and I’m playing this character of Theo and for the first time in probably 20 years, he’s just this really nice, eccentric, quirky kind of guy from a small town. He’s an Iraqi war veteran. He’s simple, soft-spoken and funny and I think this might be a character that’s the closest to me that I’ve done on film. Because like you said, he’s not a serial killer, he’s not homeless, I don’t get killed in this and it’s a comedy, which I rarely get to do.

Listen to Jasper speak about how he got the role in Kombucha Cure on our podcast.

Tell us about Captured.

Captured just came out on New Year’s Day. This is a great little movie because it’s these great 5 young actors/singers and I’m definitely the old veteran of the group. It’s about a rock band and the lead singer of the group at a certain place and they want to go back to her home place to shoot a music video. Brittany Curran plays the lead character. She’s amazing. She’s on that series, The Magicians and she’s been on so much stuff.

Anyway, so when they go back home, it’s basically been a rundown home that’s been closed for years. I play Shelley, the caretaker who’s known her since she was a kid and I’m still there. Once they get back there, you find out all kinds of stuff that happened when she was a kid and it’s happening now again. So it’s one of those like who done it, but thrillers at the same time. There’s good rock music in it and good-looking young guys and girls, but with a horror element thrown in.

Captured is now available on video on demand. Watch Jasper Cole in the trailer below!

For more of my interview with Jasper Cole, check out the StarShine Magazine Podcast to hear Jasper talk more about podcasting, why he loves working with first-time directors, and more.