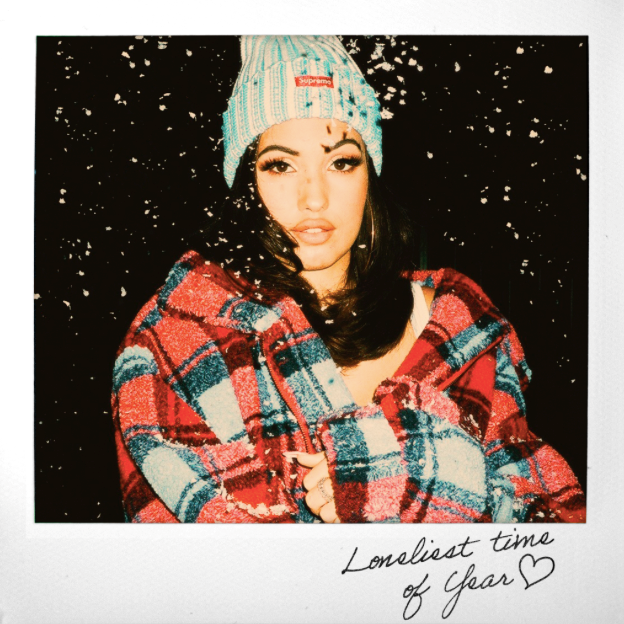 If you need someone to wallow with you in holiday sadness this year, Mabel’s got your back. The London-born artist released a new song, “Loneliest Time of Year”. The beautiful R&B ballad isn’t exactly a cheerful tune, but it lets you know you’re not alone. Sometimes that is exactly what we need to be reminded of.

Listen to the song below and check out more holiday music recently released on our 2019 Holiday Playlist on Spotify!

This caps off an incredible year for the 23-year-old: Mabel dropped her debut album High Expectations in August featuring her global smash “Don’t Call Me Up” which holds over 164 million streams.

“Loneliest Time Of Year” has the warm feel of a classic Christmas song, but the lyrics are graced with Mabel’s trademark brutal honesty (“sorry I’m not so merry / but I feel like this yearly”). Wrapping R&B and gospel melodies up with Mabel’s richly soulful voice, the track takes her lifelong love of Destiny’s Child’s “8 Days Of Christmas” and pairs it with raw emotions for those who find the holiday season far from the most wonderful time of the year.

Mabel is currently touring with Khalid in Europe. This year alone she had major performances at The Tonight Show Starring Jimmy Fallon, the MTV EMAs (where she was up for 3 awards), and The Teen Choice Awards. Mabel also collaborated with Tiësto on “God Is A Dancer.”

Whether tackling a toxic breakup (“Don’t Call Me Up”), depression and anxiety (“OK (Anxiety Anthem))” or the harsh realities of Christmas, Mabel has emerged as a songwriter able to draw power in times of vulnerability. Mabel is the perfect, knowingly-imperfect modern pop star.

Song of the Week: Gorran – “I Don’t Love You Anymore”