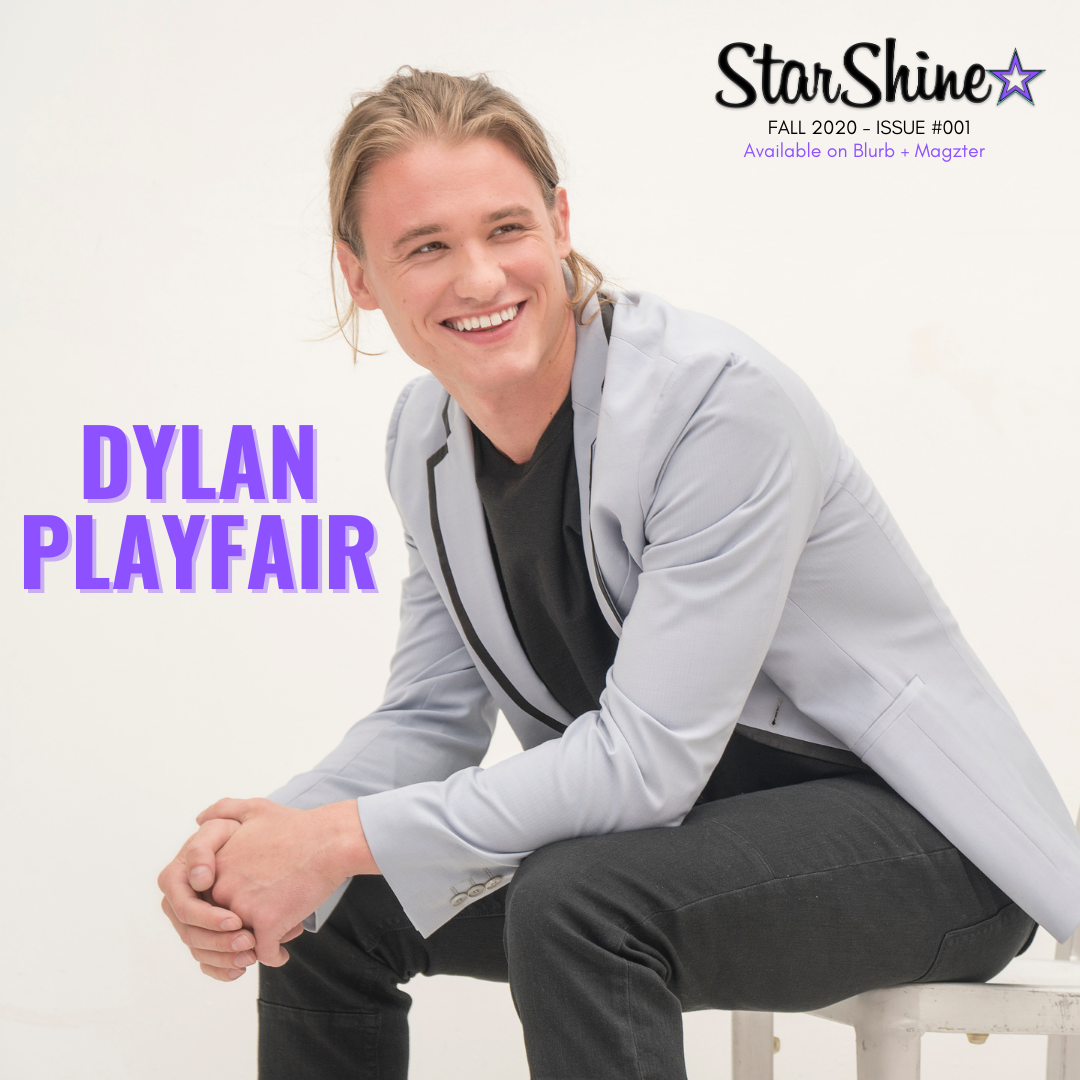 Actor Dylan Playfair is quickly becoming a recognizable face. Kids and tweens (and parents) will remember him as Gil in Disney’s Descendants 2 and 3 while others know him as Reilly in the Canadian comedy series, Letterkenny.

In September, Dylan starred in two films, hockey drama Odd Man Out and teen comedy, Summerland. Next year, Dylan will be in the anticipated Disney+ series, The Mighty Ducks. We asked Dylan Playfair about his latest roles, hockey, and Tom Hanks in the fall 2020 issue of StarShine available now on Blurb and Magzter.

In the interview, Dylan shared his excitement for playing a coach in The Mighty Ducks. “My brothers and I still watch the films. We absolutely love The Mighty Ducks and it’s a dream come true to be a part of such a storied franchise.” Dylan also shared that he doesn’t have a favorite character of his, but feels Reilly in Letterkenny brings “a lot of joy to a lot of people”. Get the fall issue to read the full interview!