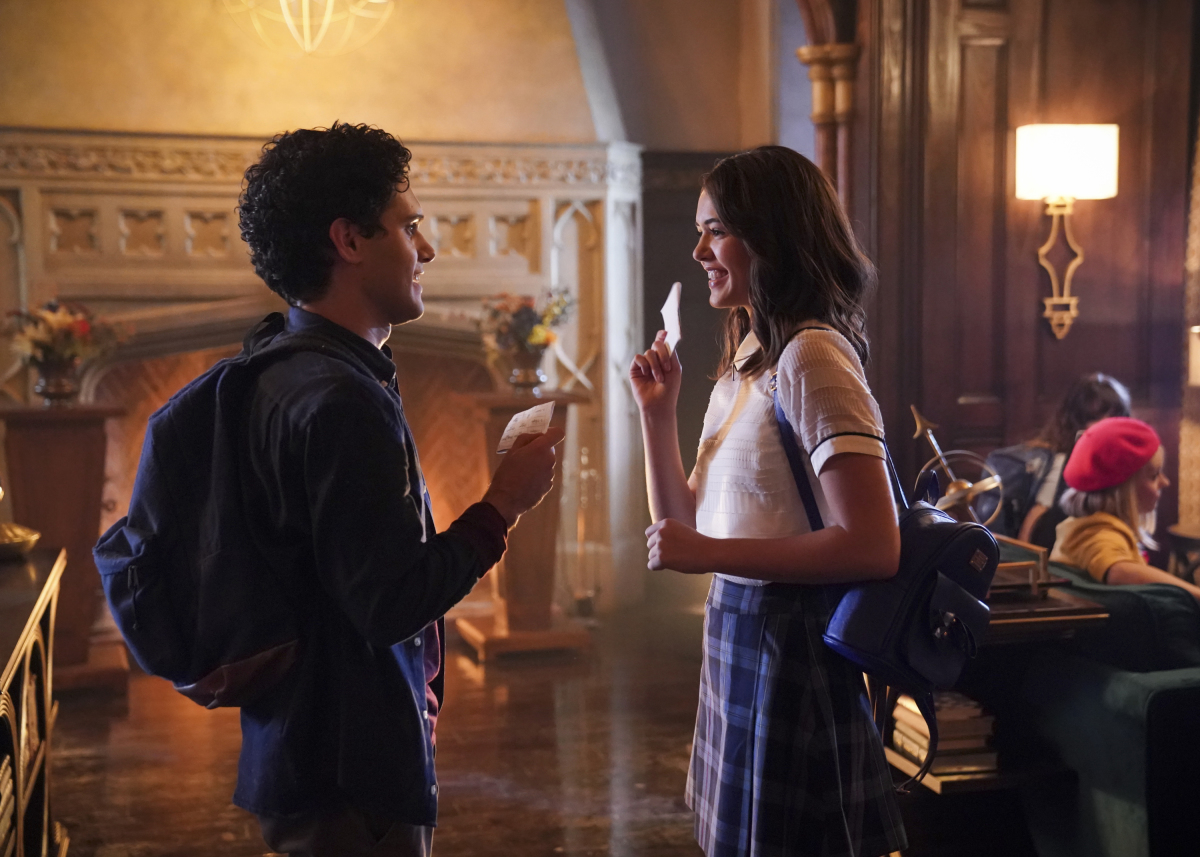 Last week, I dubbed the season 2 premiere of Legacies as filler content. Now that we’ve gotten past the hurdle of setting the season up, as I predicted, this week’s episode stepped it up. Episode #202 titled “This Year Will Be Different” brings on more action and unlike last week, it takes its time developing character relationships, introducing new characters, and brings up several plotlines that will unveil themselves as the season goes on.

Hope (Danielle Rose Russell) is tracking a new unknown monster, which leads her to Mystic Falls High School and right to Alaric (Matthew Davis), the school’s new principal. While Alaric still has no idea who Hope is, the bond between these two characters is seen through their interactions with one another. The entire episode I find myself wanting to yell, “Just tell him everything, Hope!”

Meanwhile, at the Salvatore School, the typical first day of school drama ensues. Well, as typical as it can get with a bunch of witches, vampires, werewolves, and a phoenix going to the school. We meet the new headmaster, Professor Vardemous (Alexis Denisof), a stodgy traditional warlock one would expect to run a supernatural school.

Josie (Kaylee Bryant) and Landon (Aria Shahghasemi) have several awkward moments as they try to migrate their summer crush into the new semester. With Landon’s newfound popularity, Josie’s jealousy reveals itself.

Elsewhere, Kaleb (Chris Lee) pep talks MG (Quincy Fouse) into asking Lizzie (Jennie Boyd) out to which she agrees. However, Lizzie is smitten with a mysterious stranger named Sebastian (Thomas Doherty), who seems like a big old red flag to me. Nonetheless, I’m excited to see more of Thomas on a weekly basis!

The episode is filled with the correct amounts of action, drama, comedy, and romance. This is what The CW dreams are made of and I’m looking forward to going full steam ahead with the rest of the season! Who’s with me?

Check out the trailer and full synopsis for the episode below!

ALEXIS DENISOF GUEST STARS AS THE NEW HEADMASTER — Determined to move forward with her new life alone, Hope’s (Danielle Rose Russell) latest hunt leads her on a collision course with the past she’s been desperately trying to leave behind. Meanwhile, on their first day back in school, Landon’s (Aria Shahghasemi) newfound status as the popular guy leads to tensions with Josie (Kaylee Bryant). Elsewhere, as MG (Quincy Fouse) contemplates telling Lizzie (Jenny Boyd) how he feels about her, the arrival of a mysterious vampire puts a wrench into his plan. Finally, as Alaric (Matthew Davis) gets settled into his new role at Mystic Falls High School, the students of the Salvatore School meet their new headmaster, Professor Vardemus (guest star Alexis Denisof). Jeff Hunt directed the episode written by Thomas Brandon (#202). Original airdate 10/17/2019.