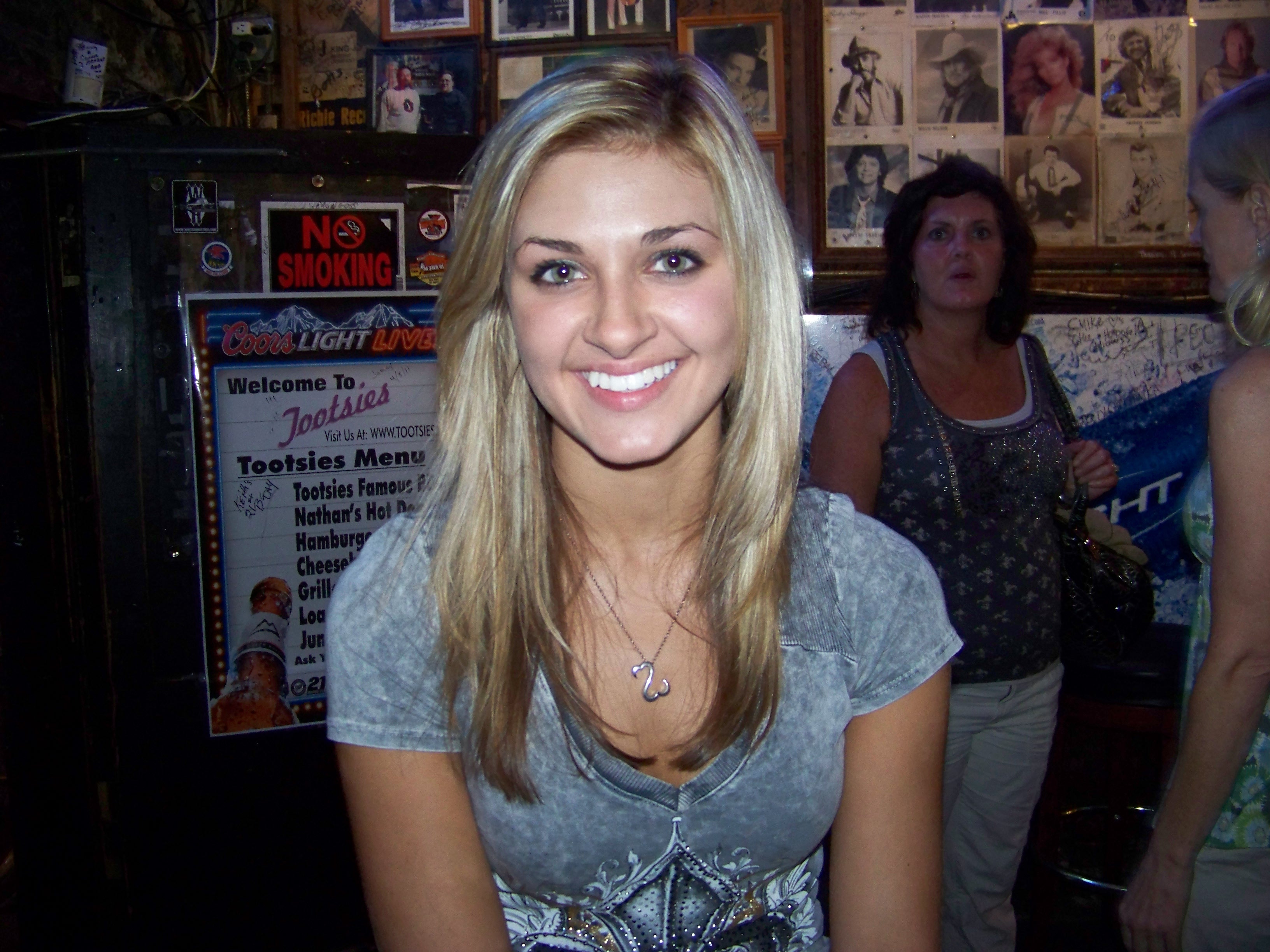 While I was visiting Nashville this summer, I made sure to spend a lot of time at the local honky tonks to scope out some fresh talent for StarShine Magazine.  Talent isn’t something Nashville is short on!  A great band or singer is about a dime a dozen in those Broadway bars!  However, not all of those talented folks are meant to be stars.  It wasn’t until I was sitting in Tootsie’s on a Sunday afternoon that I saw someone with that extra special quality.  This pretty blonde girl was singing Tammy Wynette’s “Stand By Your Man” with ease and perfection.  I was instantly impressed and even more so as she pulled off Miranda Lambert’s “Gun Powder & Lead”.  She introduced herself as Lanndon with the cutest southern twang to her voice.  I was convinced that this girl was going places!  So I gave her my card and a few days later, we met up again at the very famous Tootsie’s for an interview.

To my surprise, Lanndon is only 15-years-old!  With her strong voice, personality and maturity she carries herself with, I would have never guessed.  She was born and raised in North Carolina and first performed in front of people at 8-years-old singing in a karaoke competition.  She was terrified and wanted to back out, but her parents encouraged her to go for it.  “They pretty much stuck me up there,” she laughed as she told me about the experience.  She sang a Carrie Underwood song and the crowd loved her.  She even won the competition. 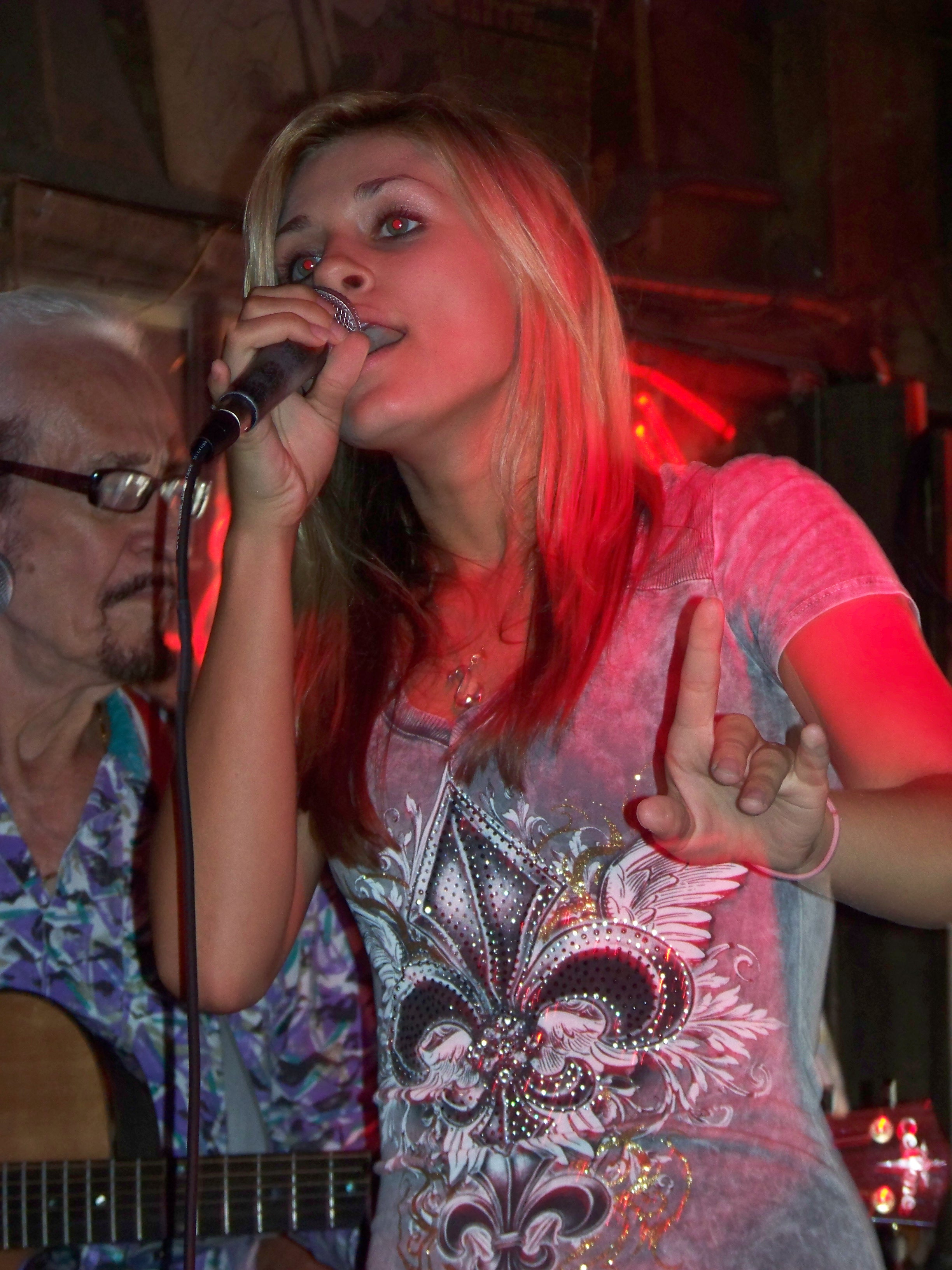 Growing up, Lanndon watched her brother’s friend, Josh Black make music and perform it all around the south.  “I was jealous,” she admits.  “I was like, ‘you know what?  I can sing, too!”  She admits the need to perform was an “attention thing” at first.  As she got a little older, singing and music were her passion, but at the time, she was only 12-years-old and people didn’t want to work with her because she was so young.  Josh recommended her to his own band, 30 Aut Sixx, who didn’t believe a kid could perform with them.  When they heard she was going to audition with “Last Night” by Carrie Underwood, they didn’t think she could pull it off, but she proved them wrong.

Soon Lanndon and Josh Black were performing together around North Carolina and Nashville.  Now, the band is no longer performing together, but both Josh and Lanndon are pursuing solo careers.  Lanndon performs a couple of times a month in Nashville at Tootsie’s and Rippy’s.  She’s also recording a demo in Nashville in hopes to get a record deal soon and to pitch her songs to radio.

When I asked why Lanndon wants to be a country music singer, her answer was this: “I hope to do what the stars do for me.  I want me to come out through my songs.  I hope people listen to one of my songs and say ‘hey, we can relate to her’.”  To end my interview with Lanndon, I asked her what she would like to say to her fans and future fans and she had an inspirational message for y’all.  “Always stick to your dreams.  Never back down.  There’s always a rainbow at the end of every storm.”

Keep a lookout for this girl because she’s one to watch!  For more info and to join her mailing list, go to www.lanndon.com.