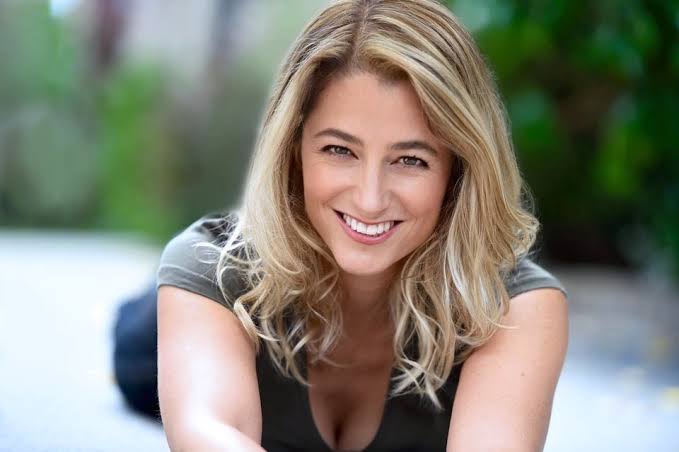 Back in February High Octane Pictures released Atomic Apocalypse. While the coronavirus pandemic is bringing on anxiety, it also has caused a rise in apocalyptic movie streams.

If you’re looking for a new end-of-the-world type of movie to take your mind off our current reality, check out Atomic Apocalypse starring Krista DeMille, Andrea Sweeney-Blanco, and William Mark McCullough.

Recently, StarShine chatted with Krista DeMille about her role in the film. Read on to find out more…

Tell us about Atomic Apocalypse and your character Kate.

Atomic Apocalypse is a post-apocalyptic journey. It’s a family struggling to survive the nuclear apocalypse as if it were tomorrow on a large scale … Multiple explosions, multiple bombs. So society is thrown into a state of no electricity, no communications, no gasoline … and it picks up two years from now. I play the mom with my husband Sam and my daughter Suzi.

We’ve been lucky enough to have gotten to a good place to hide away and stay out of the fray and mayhem. But at the top of the movie, we’re ousted from that. It’s a whole new world for us. We’re really just dipping into what society—or lack thereof has become. So, it’s a road trip to the wilderness and there’s a predominant theme … Nature’s going to be okay. In this situation, nature will survive, but will we? Will we kill each other off over greed and survival or will we come together to find a way to survive? That’s very much the theme in the movie.

Watch the trailer for Atomic Apocalypse now available for streaming!

Did you have to have any kind of training for this role? With guns or fighting?

Definitely training just a lot physically. Cardio and just getting in great shape knowing that we were going to be shooting outside pretty much constantly for a month. I wanted to have a strong constitution for any of that. Also, because I was producing, I knew we would have extremely long days. As soon as we finished shooting, we would jump back into our producer hats and getting everything ready for the next day.

In terms of handling guns, I didn’t overly focus on that because I’m basically a normal mom so that’s not something I would be familiar with for the apocalypse, so I think it’s okay I’m not great at it. It’s not about being a commando, it’s about being this person who is now thrust into these extraordinary circumstances.

Do you have a favorite scene you can share with us?

Oh gosh, I have a few favorite scenes coming from different angles. One of my favorites is we do this “walk and talk” that’s a couple of minutes long one-shot in Montana. We filmed at an actual nuclear bunker in Montana. It was built for Y2K by the Universal Church Triumphant group. They felt strongly there was going to be an apocalypse with the year 2000. So, they built a bunker that could have 200 people for five years without them coming above ground. It was phenomenal to tour and shoot there.

Outside, they really do have all the stores of food still. All the stuff is still there. Little by little the people who invested in [the bunker] just kind of went away and stopped attending to it so it’s left to the “Bunker Boys” as we call them to give tours. Their only rule for us was: ‘you can use it however you choose, but you got to take something out with you every time.’ It was like being in a really weird apocalyptic thrift store.

The scene that I’m talking about is with William Mark McCullough. He’s a phenomenal actor and just did a movie with Ron Howard. He plays DJ Apocalypso and he’s the leader of this place that has all of this food and all of this booze and all of these drugs. He’s introducing me to the amount of stuff they have and it’s just a really fun scene. He’s just fabulous. I love a good one-shot!

How did you know you wanted to be an actress?

Well, I come from a professional dance background. I always knew I wanted to be a professional dancer and so I did that for my whole life. It started when I was about 5 years old  and I went hardcore in classical ballet. At like 15, I was starting to do some professional stuff with the New Jersey ballet and then that changed into modern dance and I’ve had a whole dance career. So that evolved into, “I’m using my whole body, why am I not talking?” That’s what led to it. I realized I felt  a little bit complete with the abstraction of dance and I want the linear story. It’s what’s fascinating to me so that’s what I’ve been doing.

Are you still dancing as well?

Oh, sure. I don’t seek out purely dance roles, but definitely. With Martin Gooch, our awesome director of Atomic Apocalypse, we just made a another film. A short 7-minute one-shot. He won a contest with ARRI and Trinity. They’re Trinity Stabilizers with Directors U.K. He got the opportunity to use their brand new beautiful stabilizer that moves in 3 dimensions. So, I choreographed that and played the lead role. We wanted the story heavily told through dance. I play the Tree Goddess in that and it’s all heavily choreographed.

Are there any upcoming roles you can share with us?

I’ve been doing a few episodes of a web series shot in the Adirondacks and upstate New York called, Blue Line Bigfoot and I play a cryptozoologist in that. I’m very excited about that. I love working with those guys. They’re just really off the cuff and hilarious.