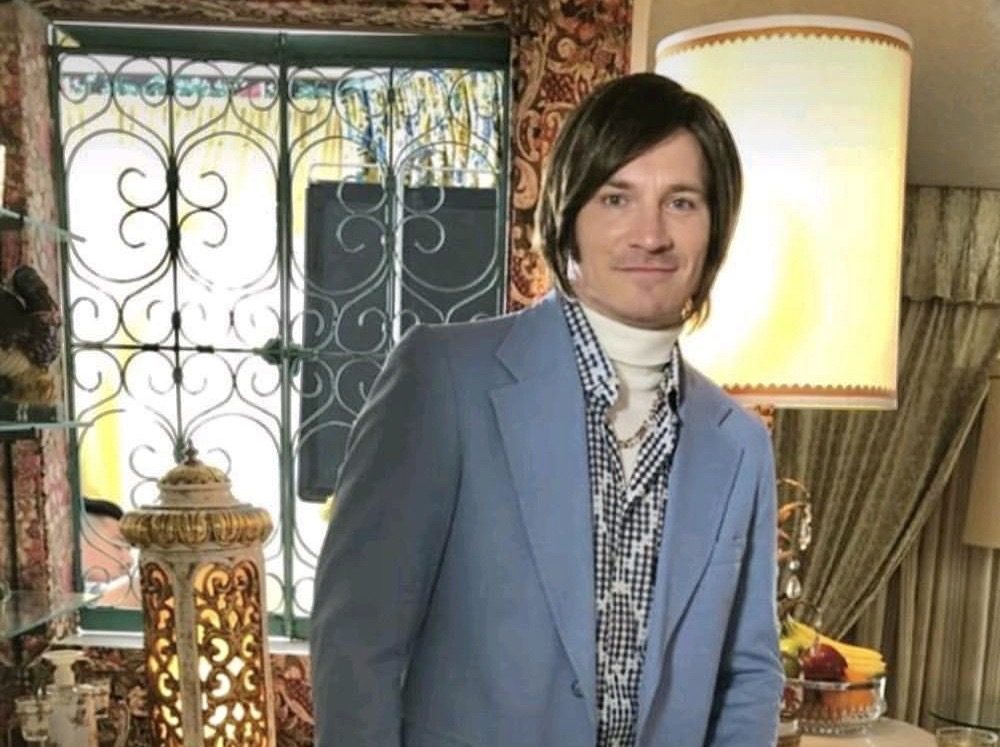 Actor Kazy Tauginas has been a jack of all trades throughout his life. From boxing to running a restaurant, and now where he’s best suited — as an actor/filmmaker, it’s no wonder Kazy is also a jack of all roles! Hollywood could have easily typecasted him as a boxer or an athlete in every role, but his IMDB page is chock full of diverse characters. From Amazon Prime’s Sneaky Pete to The Equalizer 2 with Denzel Washington, and now with his recent role in the Netflix biopic, Dolemite Is My Name, Kazy’s star is quickly rising!

Hi Kazy! Glad to have you in StarShine Magazine! Tell us about your role in the new biopic Dolemite Is My Name.

Thank you so much for having me! I play Saul Bihari. He’s one of the four Bihari Brothers who run Kent Records. They signed Rudy Ray Moore to their label and gave him his first real shot as a comedy act. I wasn’t able to find much in terms of live footage/interviews to base my performance on, so the character note I got from Craig Brewer (the director) was that Saul is the nervous youngest brother, who’s still learning the ropes in the music business. So I just ran with that idea and made the character very analytical and constantly running numbers in his head. I had a lot of fun with it.

What was it like working with the hilarious Eddie Murphy?

Eddie is a legend. He’s one of my childhood entertainment heroes. I have all of his early films and I’ve seen them all so many times. It was really just an honor to share the screen with him. He was fully committed to playing Rudy and I think it really shows in the film.

What did you think of your wardrobe in the film? Is that something you would ever rock out of character?

Speaking of legends, Ruth E. Carter was the costume designer. Stepping into the wardrobe department trailer was like stepping into a time warp. Anytime you get to a film set and your wardrobe really makes you feel the part, it makes your job as an actor that much easier. Shoot, it was just Halloween … I could’ve used that wig and a turtle neck!

You started out as a restauranteur and a boxer. How did you make your way into acting?

My life has taken a series of sharp turns that eventually led me to this point. When I was younger, my sport of choice was actually figure skating. Hard to believe, I know. But in hindsight, I realize that it was the performing in front of a crowd that I really enjoyed. I was always a big boxing fan as well.

After I finally decided to walk away from skating, within six months I walked into Left Jab Boxing Club and I was hooked. Boxing competitively in the Golden Gloves was one of those bucket list things I was able to cross off. It was also incredibly useful for stress management because at that time I was running my own 24hr diner in Newark, DE. I think if I didn’t have boxing in my life during those years, it would’ve been really tough for me to stay mentally healthy.

Unfortunately, my run in the restaurant business came to an end when my landlord decided not to look out for my best interests when my lease was up. I was forced to close the place down. This was a huge fork in the road of my life. Losing my restaurant put me into a position where I had to decide what new career path to take. It was really an emotional, spiritual, and financial turning point in my life.

An unexpected chain of events at the diner led to me visiting the New York Film Academy in New York City for an open house. After hearing about their conservatory acting program, I was hooked. I was bitten with the acting bug and I applied to their program. It was definitely one of the best decisions I made in my entire life. In January 2009, I took my first step into the world of entertainment and I have absolutely no regrets.

Your roles have been diverse so far. Do you have a favorite type of role you enjoy playing?

I’ve been incredibly fortunate to not get pigeonholed into one type of character. Over the course of the last year, I’ve played a womanizing doctor in a 1920’s period piece, a loud-mouthed professional hockey player, a detective in a drama, and I’m currently playing a cop who’s is in over his head in a horror film. I honestly don’t have a favorite type of character to play. I truly enjoy stepping into different roles. The greater the range of characters, the more challenging and fulfilling the acting experience. I hope that I am able to continue on that path. Thus far, the most meaningful character I played was Dusty Abrams in “Standing Eight” – a professional boxer who is forced to retire after being diagnosed with lupus. The film carried a ton of emotional weight for me because my mother suffers from the disease and I poured my heart and soul into making sure I did justice to the lupus community.

Let’s say you were cast in a romantic comedy, who would be your dream love interest?

Charlize Theron. In the rom-com, she’s the CEO of the successful company, in an unhappy marriage of convenience, and I’m the new kid in the office that catches her attention. Like role reversal of Fifty Shades, but with a sense a humor. It would be a hit.

If you could recreate one film and play the star, which one would you choose?

Honestly, I wouldn’t touch anything that’s already been made. I’m not a huge fan of remakes whether I would be slated to be the lead or not. But, I am a fan of the sequel, especially when it comes to on-screen icons such as 007. I would love to put on my smoothest British accent and say “Bond, James Bond” on a movie screen. One can dream, right?

Are there any upcoming roles or projects you can share with us?

So a little self-promo… “Standing Eight”, the award-winning short film is currently available across all digital platforms – Amazon, Vimeo, iTunes and Google Play. The film was designed as a way to raise lupus awareness. It has the full blessing of the Lupus Foundation of America. So please, check it out and support the cause!

I’m currently acting in a horror film entitled “Shimmer”. My costar and lead actress Nichole Galicia is a beast and an up-and-coming Tarantino favorite. She’s been in his last three films. I’ve really had a blast working with her and I’m really looking forward to seeing the finished product. “Odd Man Rush”, the hockey film I worked on should be coming out sometime in 2020.

When you’re not in front of a camera, what do you enjoy doing?

Living in NYC, I’m always taking walks. I love the energy of the city and exploring it on foot. Also, I’m a bit of a movie buff. Although, being in films has definitely inhibited my ability to watch films. My mind always wanders and I start thinking about continuity, how they got their locations or what was that actor thinking about on that line… whaddaya gonna do?

Where can our readers find you online?

Catch Kazy in Dolemite Is My Name now available on Netflix!

For more on Kazy, you can also check out http://kazytauginas.com/