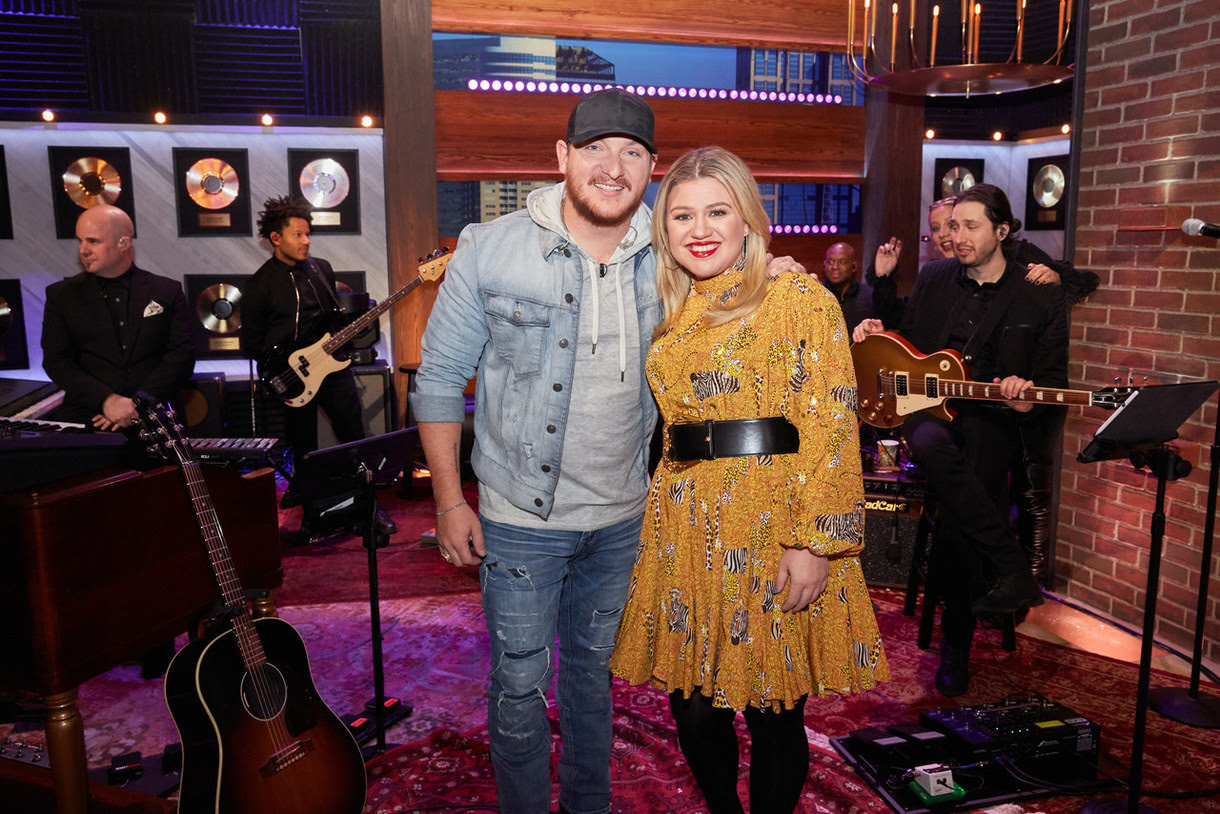 We’re bringing you the catchy new single by country artist, Kaleb Lee. The song “Nothin’ On You” can be found wherever you stream music. Click here for direct links. You can also listen to “Nothin’ On You” on our 2019 Songs of the Week playlist. Or listen below!

Kaleb will perform the song live on TV for the first time at The Kelly Clarkson Show airing tomorrow. “Loved hearing Kaleb Lee’s new single ‘Nothin’ On You’,” exclaimed Kelly. “He’s not only an incredibly talented artist but he’s also just such a great guy which makes you love him even more!”

Kaleb Lee first connected with award-winning superstar Kelly Clarkson on the hit show NBC’s The Voice where he finished on her team in the Top 6 of Season 14. Since the show, Clarkson has been a massive supporter and advocate for Lee and they reconnect tomorrow when he makes his national tv debut on The Kelly Clarkson Show. Lee performed the catchy upbeat jam “Nothin On You” and chatted with his friend and mentor about his career, the new single, and the adoption of his son.

“Kelly has been so supportive and such a great friend,” says Lee. “It was such a blast getting to hang with her and perform on her show.”

In celebration of the episode, Lee gave fans a backstage view of his day at The Kelly Clarkson Show on The Voice Instagram page today. Be sure to check it out @nbcthevoice.

Lee’s single “Nothin’ On You” is available everywhere you stream or buy music.

Kaleb Lee was a participant on Season 14 of The Voice where both Blake Shelton and Kelly Clarkson turned their chair during the blind audition. After a brief stint on Shelton’s team, he finished in the Top 6 on Clarkson’s team. During his time at The Voice, Lee built a great relationship with Clarkson and she continues to be a mentor and supporter of his music. His debut EP, slated for release in 2020, includes the title track “I Dream In Southern,” written by Shane McAnally, Josh Osborne and Brandy Clark, featuring Kelly Clarkson. “I Need A Drink” was released earlier this year and included on Apple Music’s Drinkin Songs, Soundcheck and Pandora’s New Country Now and Country Drinkin’ Songs playlists. Lee’s latest single “Nothin’ On You” is available now.