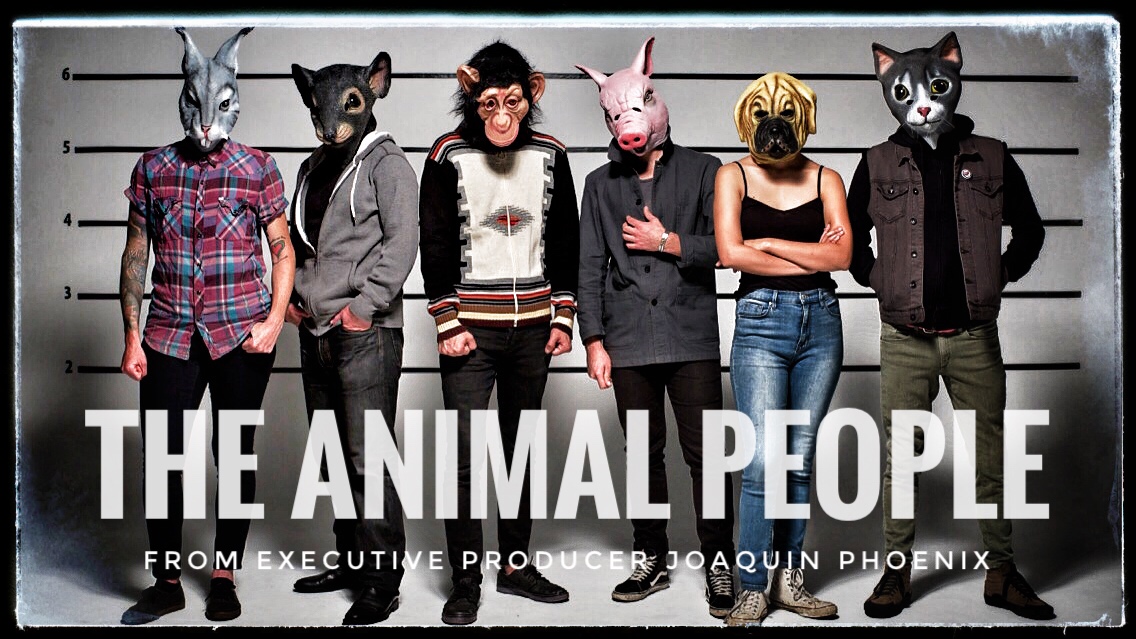 The chilling documentary feature “The Animal People,” from directors Casey Suchan (“Rock The Bells”) and Denis Henry Hennelly (“Goodbye World,” “Bold Native”) follows the harrowing journey of six young American animal rights activists prosecuted as terrorists by the United States Government for their involvement in a protest campaign. The film had its world premiere at the Austin Film Festival last month and will make its Los Angeles bow at the Santa Monica International Film Festival on November 30.

“The Animal People” has been acquired by independent film distributor Virgil Films & Entertainment (Oscar®-nominated “Restrepo,” “Forks Over Knives,”) and will be released across all digital platforms around the globe beginning December 10, 2019.

“The Animal People” explores the controversial Stop Huntingdon Animal Cruelty (SHAC) campaign, whose actions made worldwide headlines as activists seeking to close the world’s largest animal testing laboratory, Huntingdon Life Sciences (HLS), began targeting any company that did business with the lab. Immensely successful but equally controversial for its radical tactics, SHAC after 9/11 became the focus of one of the largest domestic FBI investigations in history. Ultimately, six of the campaign’s organizers were indicted by the Federal Government and anti-terrorism laws were pushed through Congress, specifically tailored to target their activities.

With never-before-seen footage from inside both the campaign and the U.S. Government’s investigation and featuring expansive interviews with the six defendants spanning more than a decade, the film provides an unprecedented journey inside an animal rights campaign that sparked both controversy and admiration around the world.

“This film is about much more than just this case,” said Executive Producer Joaquin Phoenix, who joined the project during post-production, “It’s about fundamental questions concerning free speech, social change, and corporate power that have never been more urgently relevant in our world.”

“Virgil Films is very proud to be releasing this astounding film that has been a labor of love for its filmmakers for so many years. “The Animal People” is shattering and thought-provoking, and among the most important documentaries we are releasing this year,” States Joseph Amodei, President of Virgil Films & Entertainment. 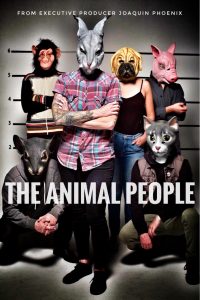 “The Animal People” began its life from a photograph that Producer Mikko Alanne saw in a news magazine of the six young defendants outside a New Jersey courthouse. He and his producing partner Ari Solomon instantly felt the story had to be told, and approached documentarians Casey Suchan and Denis Henry Hennelly about helming a feature film on the case; the two had already explored the subject of breaking the law for animals in their dramatic feature film “Bold Native.” Suchan and Hennelly were immediately drawn to the project. They proposed an ambitious focus: to meticulously reexamine the government’s years-long effort to prosecute the activists and the disquieting First Amendment questions the case raised, but equally importantly, to interview the six activists at length post-prison to explore the impact of the convictions in their lives. As Suchan, Hennelly and Producer-Editor Sasha Perry began pouring through the vast amounts of material from the multi-year government investigation and trial, it was clear the project would take several years to complete. Actress and activist Jorja Fox, an acclaimed documentary producer, also joined the project. Intimate, harrowing, shocking but ultimately inspiring, “The Animal People” is an unforgettable chronicle of a campaign that almost brought a multinational corporation to its knees, and the price its victories cost.

Virgil Films & Entertainment is an independent distribution company founded in 2003 by Joe Amodei to acquire, market and distribute feature films and episodic television programming into the digital, TV and DVD/Blu-ray market on a worldwide basis. Over the years the company has enjoyed relationships with Sundance Channel Home Entertainment, National Geographic Cinema Ventures, Pure Flix Entertainment, Sight & Sound Theatres, Network Entertainment, PCH Films, Warrior Poets and other high-profile entertainment companies. Releases from Virgil Films include the Oscar®-nominated documentary Glen Campbell…I’ll Be Me and the critically acclaimed, timeless, best-selling Forks Over Knives. The company also released the Oscar®-nominated documentary Restrepo and its sequel Korengal, the award-winning documentary Miss Representation, as well as I Am Chris Farley and Clarence Clemons: Who Do I Think I Am? Follow them on twitter: @virgilfilms www.VirgilFilms.com

Finngate Pictures is a Los Angeles-based film and television production company founded in 2003 by Mikko Alanne and Ari Solomon, committed to telling stories with social impact. The company is best known for the global event series “The Long Road Home,” which premiered on National Geographic in 171 countries in 45 languages to high critical acclaim. Finngate’s clients and partners include some of Hollywood’s top directors, producers, major studios, and television networks. The company’s films and television series have received nine Imagen Awards, The Christopher Award, top Audience Awards from six film festivals around the world, and a Critics’ Choice nomination for television.

Founded in 2014 by actress Jorja Fox, Seafox productions is an independent film, television, and theater company based in Los Angeles. To date, Seafox has focused on documentary and biographical projects that highlight the critical inter-connectedness between humans, animals, and the natural world. Seafox is proud to share in over fifteen awards for the films it’s been involved in, including “Lion Ark” and “Roll With Me” Accolades of merit include Best Documentary and Audience awards.