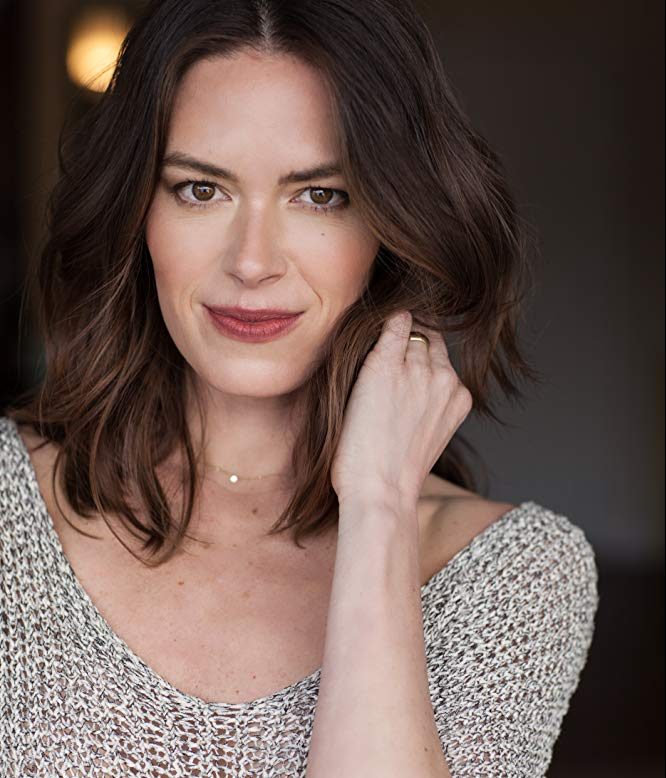 Portal is about a team of ghosthunters, led by Merriman, trying to find real-life haunted houses for their failing TV show. The beginning of the film plays out more like a fun comedy than horror, but as the sun starts to set, the scares become real.

Desperate for TV ratings without having to fake it, the ghost hunting team winds up opening a portal to the other side. Tisdale plays Cris, the TV show’s producer who shares a mutual attraction with Merriman’s character, Steven. The film also features Nightmare On Elm Street scream queen, Heather Langenkamp. 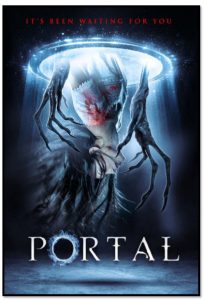 I recently spoke to Jamie Tisdale about her role in Portal, working with the cast, and of course, ghosts.

Tell us about the movie Portal and your role in it.

Portal is a horror film. We’ve got elements of comedy and I think that just keeps everything grounded and a little more relatable. The story of hunting ghosts isn’t anything new, but I think our approach to it is kind of fresh and fun in that these characters are just trying to get some real scares on camera and without taking themselves too seriously. They’re going after their goal of hunting ghosts and of course, we actually have a few real scares incorporated throughout the film in addition to some that were falsified. I don’t want to give too much away, but it’s a fun ride because yes, it’s a ghost hunting story, but it’s a little bit fresh. It’s a fresh take on it.

Yeah, I agree! What was it like working with your co-star Ryan Merriman?

Ryan was great! Working with him was just really easy. I mean, Ryan’s the kind of guy–he can go up to anyone and just make you feel–it’s familiar. He just makes everyone feel comfortable. He’s easy-going. He’s down-to-earth. He’s funny, which I think you can see some elements of that in the film. But he’s just got like a natural sense of humor about him and it was a lot of fun to work with him and my other cast members too. We all got along really well and we had some long nights shooting and we all just made the best of it and had a really good time.

Were there any real-life hauntings on set?

Yeah. There was one night I actually slept in the house alone, which is like really putting yourself out there, right? I slept there because I think just the time between when we wrapped and when I would need to be back with LA traffic … I was like I just need to get some sleep … Screw it, I’m going to stay here at the house and I was a little bit creeped out, but maybe that’s just because I was kind of still in my role and this house was supposed to be haunted … So I don’t think there were any hauntings, but that night I was a little on guard. It was a little bit spooky, but nothing to comment on.

Did anyone play any pranks and things like that on set?

Oh man, no specific pranks, but we certainly kept each other laughing. There were some nights when we just got so delirious that you just can’t not laugh and you’re just on a laughing spree. But no spook pranks. Nobody got spooky.

How do you prepare for a horror role like this?

I prepare for a role like this kind of the same way I would prepare for any role. I just try to make it feel as real for me as possible. I have personally had instances when I felt that a spirit … Someone from the other side has come into my life and so I just try to bring all of that realness to the role so that you know, Jamie isn’t really acting. She’s just living her life in this character’s shoes. So really my approach to this is like any other role … Just bring as much real life as possible to it.

Did you have a favorite scene to film?

There is a scene towards the very end of the film … which is probably the most emotional scene. This is after [Ryan and I] exchange some words. I won’t go too much into that because I don’t want to give everything away. This scene was really fun for me because it was super emotionally powered. It was just a really emotionally driven scene and one thing I do want to comment on …

Our cinematographer, Ignacio Walker … He shoots for National Geographic as well so he has killer instincts and actually the take that they ended up using at the end of the movie … It wasn’t supposed to be my take. It was on another actor, but when you have so much emotion on the surface just waiting for the camera to be on you, meaning “your take” … Sometimes you can’t reel it in and it just comes out.

For this scene, it wasn’t my take, but the emotions just kind of took over and I just went all out. Ignacio’s so good and his instincts are so sharp that he just went shoop and he turned the camera toward me and that’s the take they ended up using in the film.

I just thought it was so cool, but everyone was so connected in that moment that everyone just instinctively knew what to do. Everyone here, cast, crew, everyone … We’re this team and we all need each other to make this thing work … Because I love being emotional that was my favorite scene, but more so just because it really solidified the team effort that was really displayed in that moment.

That is a great scene! Now you’re also a model?

That’s kind of how I started in this industry. That kind of happened first and then I went a little more heavy on the acting side and then did a little bit of both.

Are there any upcoming projects you want to tell us about?

I can’t speak too much about what’s going on. I have been really thankful. I guess because of Portal or I’m not sure why, but I’ve had several producers reach out to me with offers in the horror genre and it’s really cool when these opportunities kind of start to roll in. So I do have some stuff in the works and I don’t want to talk about it too much because I could get in a lot of trouble. The future is looking good and I’m excited about what’s to come.

Look out for Jamie’s co-star Ryan Merriman on our podcast!