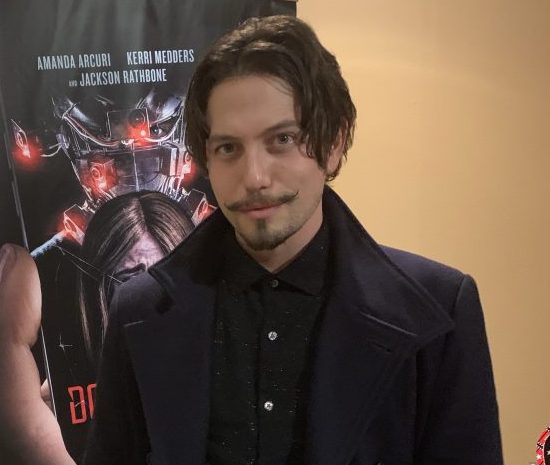 We caught up with actor/musician Jackson Rathbone (Twilight Saga) last week at the New York premiere of his latest film, Do Not Reply. The film was selected to be part of the New York Horror Festival and Jackson was awarded Best Actor that night.

In Do Not Reply, Jackson plays Brad, a button-down psychopath who abducts teenage girls and mentally/physically abuses them. Do Not Reply is not your standard slasher film that is full of gore and screams. 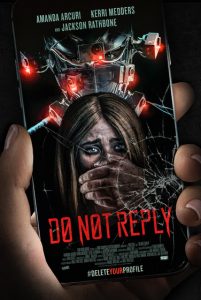 The film is dubbed more of a psychological thriller by its cast and crew, which includes Amanda Arcuri (Degrassi: The Next Generation), Kerri Medders (Alex & Katie), Kaitlyn Black (Heart of Dixie), Savannah Kennick (Arrested Development), and Ivon Millan (Santiago), who also serves as a producer. First-time directors, Walt and Daniel Woltosz wanted to send a strong social message with Do Not Reply — a warning to be careful with whom you trust online and through dating apps. While Do Not Reply is fictional, the growing number of girls being abducted is very real.

Check out our review and red carpet coverage here. Continue reading for my full interview with Jackson Rathbone below!

The last time I met you was about ten years ago when you were with 100 Monkeys. Are you still doing music with them?

Awesome. Is it out now?

Well, I’ll definitely check it out.

Now let’s talk about Do Not Reply. The reason we’re all here.

Dirty. It made me feel dirty. I had to go home and shower before I let my kids hug me every night and it was actually dirty because we filmed in some pretty dark and grungy and dirty environments. I’d say it’s the darkest character I’ve ever played.

How do you get into character for a role like this?

It kind of goes back to my theater days. I’ve always been a character actor so I really like to create and I always write out like a mini-biography of where my character has been. That way I can just kind of recall it whenever I’m working with my directors. I’m just like ‘okay, well, here’s my biography. Here’s what happened to Brad as a child.’ This is an easier way for us to communicate. That way we know where he’s been to know where he’s going. I can kind of just throw it all away and exist in the present.

You’ve been in, obviously, blockbuster franchises before and then you’ve done a lot of indie stuff. Do you feel that you are more passionate about the indie films than the big blockbuster hits?

It depends. That’s a hard question, to be honest. To me, it’s two things: passion and money, you know? At the end of the day, this is my job so… However, I try to seek out projects that are something I can deliver a performance I can be proud of… or I just need money. [laughs] I’ve got kids.

Do you have any other roles coming up that we can see you in?

I have this movie called Heart Baby. It kind of soft released a while ago and got wrapped up in distribution hell. Long story, but we’re about to have a re-release coming up in a few months, which I’m extremely excited about. It’s a true story. It’s a biopic about a boxer in 1980s Tennessee and why he turned down freedom from the governor and why he decided to stay in jail. It’s one of the craziest true stories you’ve never heard. Then I’ve got a movie coming up called Futura Days, which I start filming in LA in about a month and a half, which is a really trippy film about love and parallel timelines.

I try and I’ve got kids!

How many do you have?

Two and one on the way.