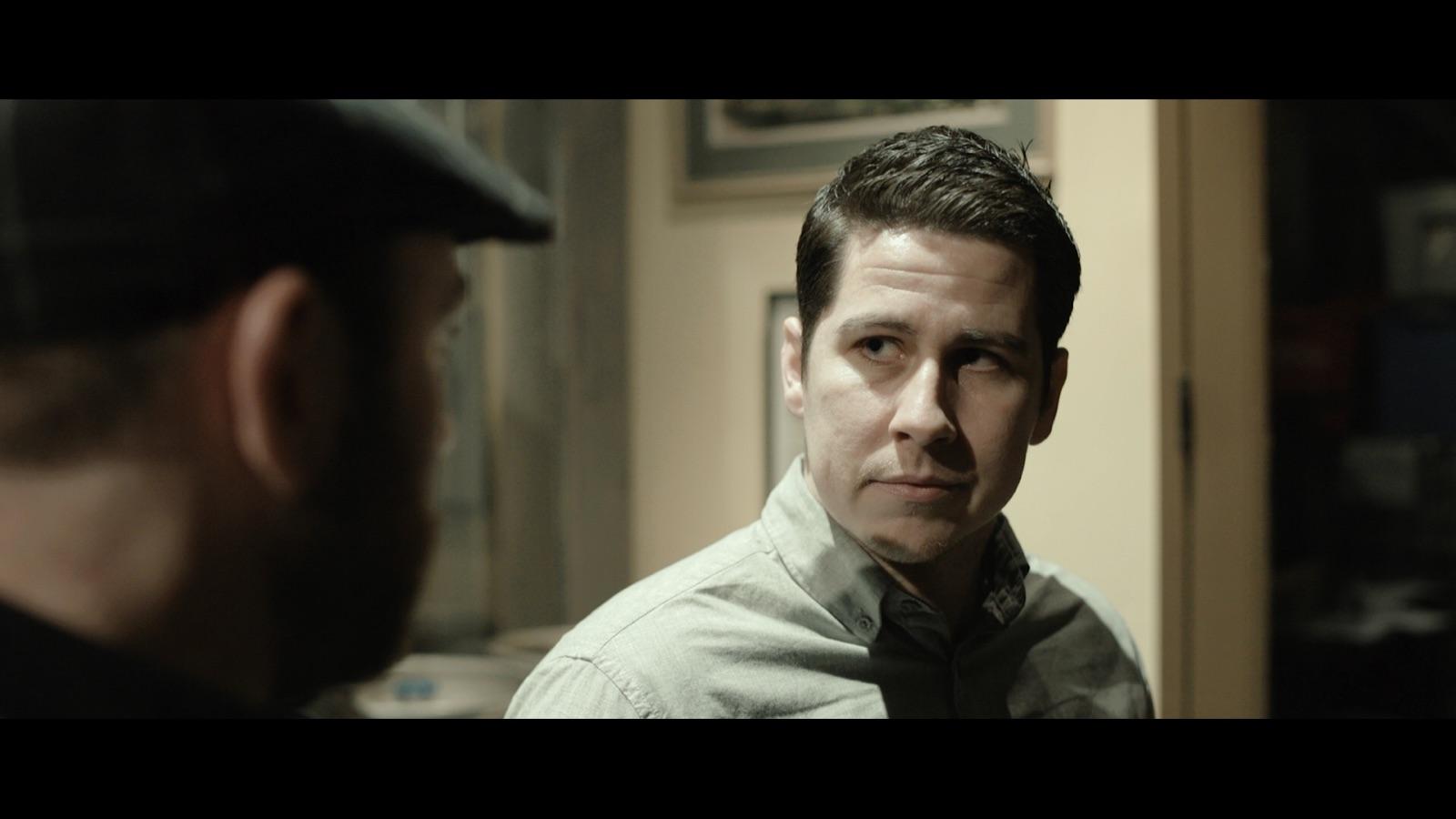 John Smith is an actor, director, and writer from Dundalk Co. Louth, Ireland. As a child, John developed his strong passion for movies, and he was particularly inspired by Sylvester Stallone. In 2011 John decided to move to the United States, and in 2014, he started taking acting classes with Shelly Lipkin. He then acted in several short films, web series, and commercials and is represented as an actor by Ryan Artists in the Pacific North West.

In late 2017, John wrote and directed his first short film, The CONsequence, in which he acted as Sean, one of the main characters. In that same year, John won Best Director for The CONsequence at The International Independent Film Awards.

In late 2018 John followed up with another short film, The Last Ride, a thriller-horror movie, which he wrote and directed. Since then John has been developing The CONsequence into a feature film as well as other numerous projects. In 2020 John, alongside his creative and business partner, Steve Durland opened up their own production company called SMKPO Productions.

What got you started in filming? When did you know that you wanted to be a writer/filmmaker?

I’ve always been fascinated in film and TV since I was very young. At a very early age, I would put the cassette tape into the VCR to watch First Blood or Enter the Dragon which led my aunt telling my mother there was something wrong with me because I wouldn’t watch cartoons. So early on I was hooked and knew I wanted to be involved. I always was creating stories and movies in my head and imagining what that world would be, but growing up in Ireland with my background as an Irish Gypsy and trying to get into films seemed an impossible task. So I leaned into my other passion, which is Football, or as Americans call it “Soccer”.

I wanted to play professional soccer in America and then transition into the film industry. Unfortunately, I suffered too many injuries from football. Still, when I moved to America, I was lucky enough to get involved in acting classes, and I found my home. While acting, I would always be paying attention to what the directors were doing and thinking “what if the actor did it this way”. I paid close attention to the work that would go into making films. After years of acting, I wanted to tell the stories I had in my head, so I knew I would transition into directing and writing, and I haven’t stopped since. I love being involved in films, and being on set. That’s when I feel most alive.

What film or filmmaker inspires you?

Oh, that’s tough because there have been so many films that have inspired me. Films like the Rocky franchise, The Terminator, Aliens, Snatch have been very influential. I’m just a lover of movies, and I love so many different genres, but if I were to pick a top two, it would be First blood and The Last of the Mohicans closely followed by Apocalypto and the films I named above.

There is a massive amount of filmmakers that I love, but Sylvester Stallone mostly inspires me. Stallone is my biggest idol in the film industry. His story is fascinating, and the struggles he went through to get Rocky made is just mind-blowing and so inspiring that he didn’t give up. He has created so many iconic films and characters, Rocky, Rambo, Cobra, Lincoln Hawk, and a lot more. Not just as an actor but as a director and writer, his style and action sequences are brilliant with the realism he creates.

His films are some of my favorites that I grew up watching. So he would be the top of my list of actors or filmmakers I would want to meet and work with, and if I am lucky enough for that to happen, I will probably cry. I gravitate towards actor/directors more than anything because that’s what I want to do also.

Let’s talk about your upcoming film, The CONsequence. What was the driving force behind the story?

I developed the short concept in late 2017, and we started in early 2018. I always knew I wanted to do a film about Irish and Italian crime families set in America. As a lover of the genre, I wanted to do something different with a modern and authentic take on Italian and Irish immigrants that grew up abroad, but living and setting up their organizations in the states and try to show the audience something that we haven’t seen over here before. As I began preparing for the film, I would watch some of my favorite mafia shows Suburra and Gomorrah and writing the script became a challenge to contain it to a short story.

I cast the actors, a minimal crew and found the right locations that would make the film look how I imagined it. We weren’t lucky enough to have a budget but what I had was a cast and crew that loved the story and put their best efforts into making the film. We were fortunate and got to use the Music of Mbrascatu, an Italian Indie/folk group based in Portland, Oregon, and their music was a perfect fit for our film.

For me personally, it was a hard production due to my dad becoming ill and my mam passing away during filming. But I wanted to make my mom and dad proud, so when we resumed, I wanted to make sure I made it the best I possibly could, however, I’m still waiting for my dad to say he’s proud, but he likes to keep me waiting.

We organized an event for people to come to see the screening at Kell’s Irish Pub in downtown Portland. Gerard, Garrett, and the whole McAleese family were terrific in helping us and letting us use their brewery for locations, and the owner even had a small part as my uncle. The reception for the film was great, and the audience loved what we did. However, they all shared the same complaint, which was “it is too short, and we want more” which is great because the short was twenty-four minutes long.

I won the Best Director at The International Independent Film Awards, which was a nice reward for the work we put into the film. Shortly after I spoke with Steve and told him, I have a burning desire and a lot more of the story to tell, and I couldn’t stop thinking about this world that we created so I developed the story, and we wrote it as a feature and started our own company SMKPO Productions. 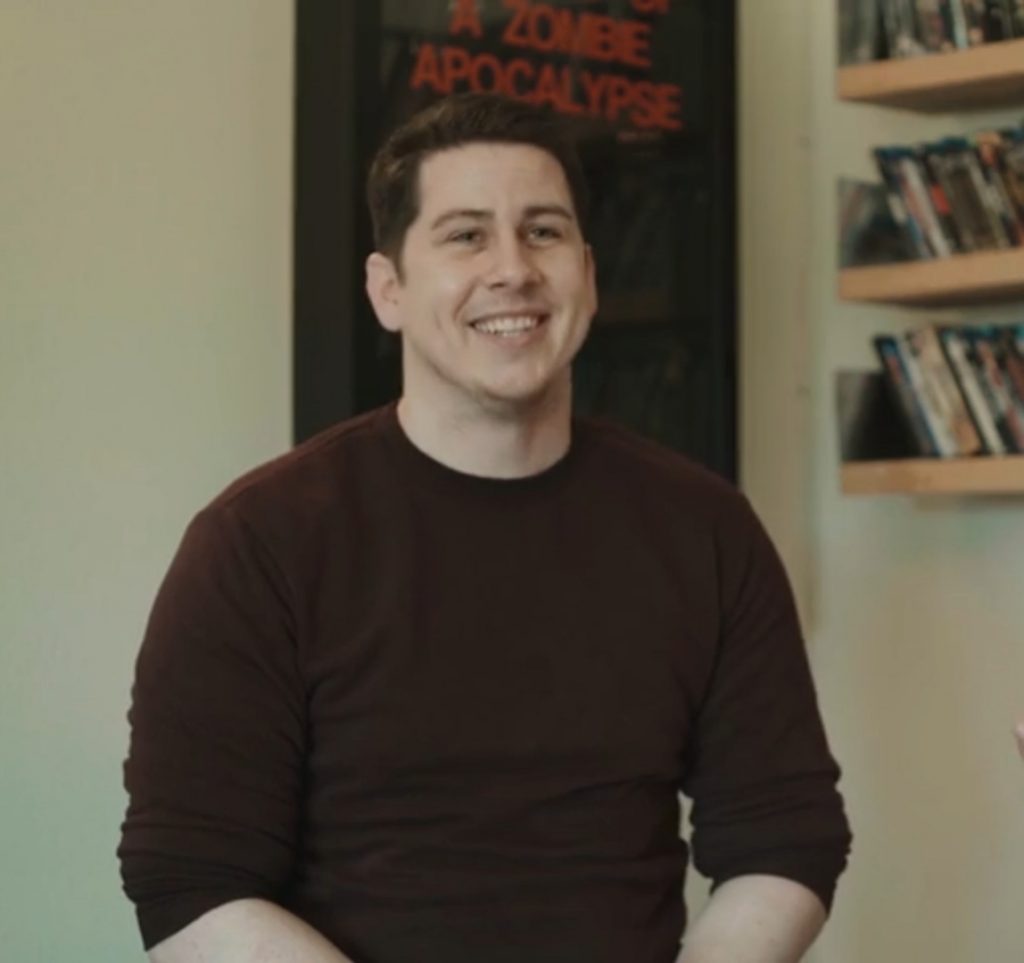 In five years? Hopefully winning an Oscar! Ha, maybe that’s too ambitious, but I can dream that it will happen. I hope that I will have directed another one or two features as well as acting in some good productions. I won’t lie; I have high hopes and dreams, and I believe that you should always visualize your success, so it gives you something to chase. I hope we can have a few television shows in the works as well. I have one that I have been working on, and that format is Steve’s big passion, so he has a lot of great ideas and concepts that he wants to develop.

I would like it if I’m in the position to help other young filmmakers and help produce their films similar to what Suzanne DeLaurentiis is doing for us. I know a lot of great filmmakers that I have worked with. One, in particular, Austin Rodgers, who has a big future. But I think I will have done at least another two feature films that I am working on. I believe they have a lot of potential to be a big success.

It’s a very challenging time for everyone, but I think mostly that indie/up-and-coming filmmakers will be affected the most. Most indie/up-and-coming filmmakers like Steve and myself are generally working on a tight budget, and with the guidelines that are in place, it is extremely difficult to get your projects up and running. I know safety is the most important thing, but smaller productions don’t have the means to afford it. It’s become extremely difficult because the cost has tripled for smaller productions, so without the help and resources, I think we will see a lot less of indie filmmakers honestly.

I wish there were an alternative to help because regardless of your production size, it is the same guidelines. But the most important thing is that people stay healthy and safe. We are dealing with a deadly virus, so it is disappointing to see so many people believing it is a hoax and not wearing masks when they are supposed to. I consider Steve and myself very fortunate to have met and spoken with Suzanne, and she has been immensely supportive in helping us through her mentorship program, giving us a chance to make the film. We are incredibly grateful and delighted that the film doesn’t stay on the shelf forever.

I have a lot of projects that I am writing and developing. I have five feature films I am currently working on, and I have the story developed and ready, and two of them I am almost done with the screenplay.

I like to have the story outlined and know where it finishes before I begin writing, so I spend a lot of time creating the stories. One is a political sci-fi action thriller set in the future. It has a lot to do with the past and current events in America with racism. It would be a high octane chase film packed with action and a very compelling story.

The other project is a comedy about up-and-coming filmmakers and the struggles they go through to try and make their film, but it’s all about their journey and their choices to get their movie made. I don’t want to give away the entire premise of these films just yet, because they could be the next two features I make. I am writing some thriller/horror films and working on a television series that would be an action/thriller that I think would be a big hit. It involves vigilantes that are fighting against the police and government corruption that is crippling their city.