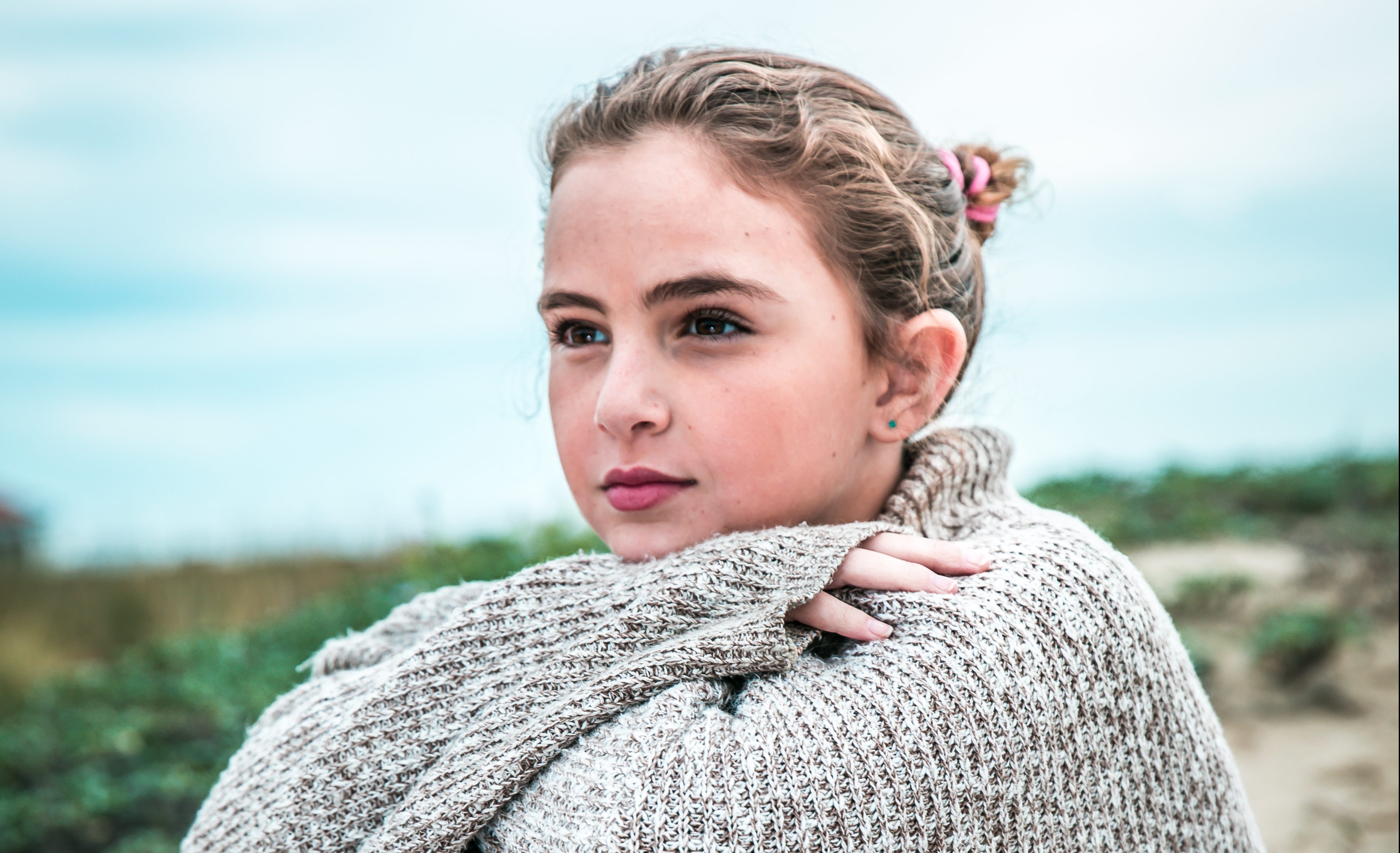 Young rising star, Lexy Kolker has an impressive list of acting credits to her name. At just 10-years-old, Lexy has had reoccurring roles in TV series like Shooter and Marvel’s Agents of S.H.I.E.L.D.

In the suspense thriller, Freaks, Lexy stars alongside seasoned actors Emile Hirsch (Into The Wild, The Girl Next Door) and Academy Award nominee Bruce Dern (Nebraska, The Hateful Eight) in her most challenging performance yet. Lexy plays Chloë, a young girl with supernatural powers living as a shut-in with her paranoid father (Hirsch) in a boarded-up house. Going against her father’s wishes, Chloë leaves the house only to find out the government is out to get her and her family because they’re “freaks”.

Check out our interview with Lexy Kolker below and catch Freaks in select theatres and coming soon to streaming services.

Hi Lexy! We’re excited to have you in StarShine Magazine.  Can you tell us a little about yourself and what you like to do outside of acting?

Your new movie Freaks is out. Tell us about your character Chloe.

My character Chloe is a 7-year-old girl, who has never been outside because her dad (played by Emile Hirsch) tells her that the bad people will kill her if she goes outside.  She grows more curious and rebellious and finally gets the courage to go outside with the help of Mr. Snowcone, a weird ice cream man (played by Bruce Dern). She goes on an adventure and realizes that her dad might have been right after all. What was the most challenging scene to film?

I would say the scene when I call my dad a liar and I yell at him.  It was so intense and I had to be extremely mad to get my emotions out.  It got so real that I started crying for real.

What was it like working with your co-stars Emilie Hirsch and Bruce Dern?

I learned a lot from both of them.  I learned from Emile that there are so many different ways to say the same line.  He would challenge me to get more intense and darker and go deeper and yet made it feel safe for me to go to those dark places so I am very grateful that he pushed me so much and believed that I could get there.  Bruce Dern was totally different.  He would know the general idea of a scene and went completely off-script.  I was confused at first waiting for my queue but since he changed his lines with every take, I just decided to respond and have a conversation so I learned a ton about improv.

What is some advice they gave you while on set?

Emile told me that it was really powerful to feel emotions for real, then you don’t have to act, you really feel them, and it comes through so never be afraid to break or cry or go all in because that makes it more authentic for the audience.  Bruce told me to stay true to my interpretation of my character and to just “be”, never act.  He told me to react to my scene partner and respond like it’s real life.  No thinking of lines, or feelings, just true reactions and conversations.

What were some of the memorable moments while filming Freaks?

My favorite moment was when I got to be surprised on set for my 8th birthday.  I came on set and my trailer was decorated with so many balloons and presents and everyone sang happy birthday.  Then, they surprised me with a real ice cream truck and I was able to serve everyone ice cream and it was so much fun.  I will never forget it.

What are some of the political undertones in the film and do you think the film does a good job tackling those issues?

I think the film shows that people are not born evil, but that they must do anything they can to protect themselves and their families when they are prosecuted.  And when they defend themselves, they sometimes have to be violent which makes them be more dangerous and the cycle of violence escalates.  I think it shows that prosecuting people because they are different might not be the solution.

What can audience members take away from the film?

It makes you think a lot because you can relate to Chloe and her family and what they’re going through.  The film takes you through all different emotions, from fear to sadness to laughing but mostly, you understand the characters and relate to them.

Would you say your character is a superhero? If so, how?

She can be seen as a superhero.  She has powers but she’s not all good or all bad.  She’s somewhere in the middle just trying to survive.

Can you tell us about some of your other upcoming roles?

I am in discussions on a trilogy of films currently but nothing I can discuss yet.

How do you balance being a normal kid (hanging out with friends, spending time with family, going to school) and having a full-time career as an actress?

Well, my family makes sure we have a lot of fun together, on our downtime and that we can do normal kid things. Plus, I still go to school and do my activities so that is pretty normal too. Then, I get to do fun premieres and red carpets etc., so I love going from one life to the other. It’s always fun.

Who is your dream co-star and why?

I would love to work with my sister Ava.  We’ve always dreamed of doing a project together.

Have you ever gotten star-struck by anyone on set or at an event? If so, who?

Yes, I sat next to Dove Cameron in the makeup trailer for about 30 minutes on the set of Agents of Shield.  I was so star-struck, I love her so much.  But she was amazing.  She showed me all the behind the scenes footage from Descendents 3 and talked to me the whole time.  I couldn’t believe I got to have such a long conversation with her.  It was the best!

Watch the trailer for "Freaks"!