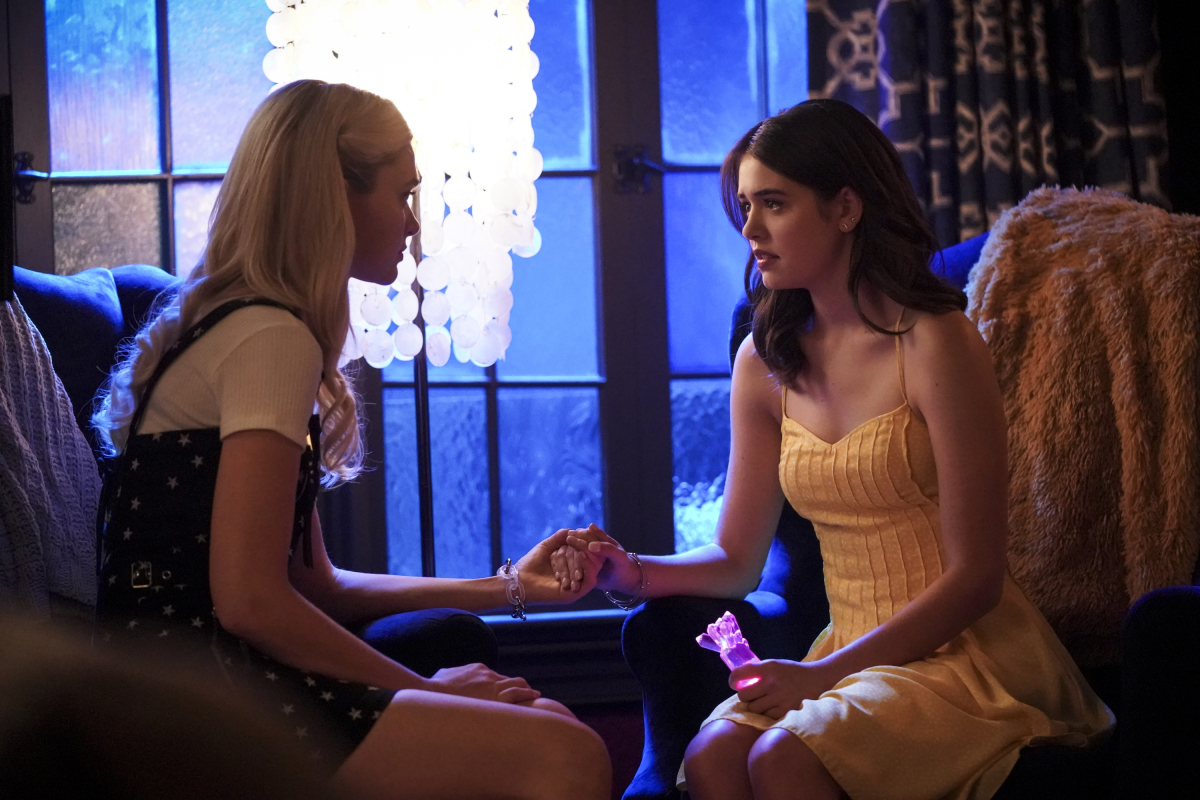 As a devout Vampire Diaries fan, I go into every spinoff series with low expectations. Why? Simply because history has proven sequels never live up to the originals… no pun intended!  Besides, I was so smitten with The Vampire Diaries at the time, I wasn’t looking for another show that didn’t feature Damon and Stefan.

I’m glad I did! While The Vampire Diaries fell into some awkward seasons from time to time (let’s just call them seasons 4, 5, and 7), Klaus and the Mikaelson family were there to fill the void.  Having those two shows run simultaneously helped a great deal keeping me invested in their entire realm. When one was having a slump, the other seemed to thrive.

…And then came Legacies last season, long after The Vampire Diaries ended and just after getting over the horrific ending of The Originals.

Side note: Have you noticed that The Vampire Diaries, The Originals, and Legacies are big on sibling sacrifice? Hmm, having never read the LJ Smith books the series was based on, I wonder if that’s her doing or Julie Plec’s. Part of me wants to explore the psychology on this, but another time, another article maybe. I could probably do an entire podcast episode about The Vampire Diaries. (Like this post or comment below if you’d be interested in that!)

To say I was bitter about this new series that wouldn’t feature any of my favorite characters (let’s just call them Damon, Klaus, Caroline, and Rebekah haha), would be an understatement. My feelings on Legacies were this: I’ll watch the first few episodes hoping for a Caroline appearance, but I know I won’t like it and I’ll officially say goodbye to my beloved vampires, witches, and werewolves.

But here I am, a little less than a month away from season 2 of Legacies and I’m hooked! How did that happen? Julie Plec and the writers of Legacies turned me, someone so set on disliking a show, into a fan… and with no Caroline! (Even though I’m still hoping!)

I’ve seen the young cast grow into their roles on Legacies and literally watched their acting improve week after week. While the storylines continue to get complicated into this supernatural world, the characters are becoming just as loveable as their predecessors were!  To the CW, Julie, and the cast of Legacies, BRAVO! You pulled off another series in this world, prolonging my goodbye to Mystic Falls for a few years, I hope.

Last we saw the Legacies characters, Hope Mikaelson (Danielle Rose Russell) sacrificed herself to kill Malivore, which sucked her out of existence it seems, and no one remembering she ever did exist.  This causes extra trouble for werewolf, Raphael (Peyton Alex Smith), who thanks to Hope’s sweet gesture to him, is stuck in wolf form and only she can transform him back to human form.  We also saw Lizzie (Jenny Boyd) and Josie (Kaylee Bryant) find the ascendant, which helped trap their psychopathic killer Uncle Kai in a prison world years ago.  Maybe they can use it to break the Gemini curse or maybe they’ll release crazy Kai back into their world.  No word on that though, but Julie Plec seems to want Chris Wood to reprise his role as Kai as much as the rest of us does!

Check out the new trailer for season 2 of Legacies, premiering Thursday, October 10th on The CW!
Stream season 1 on The CW app now.