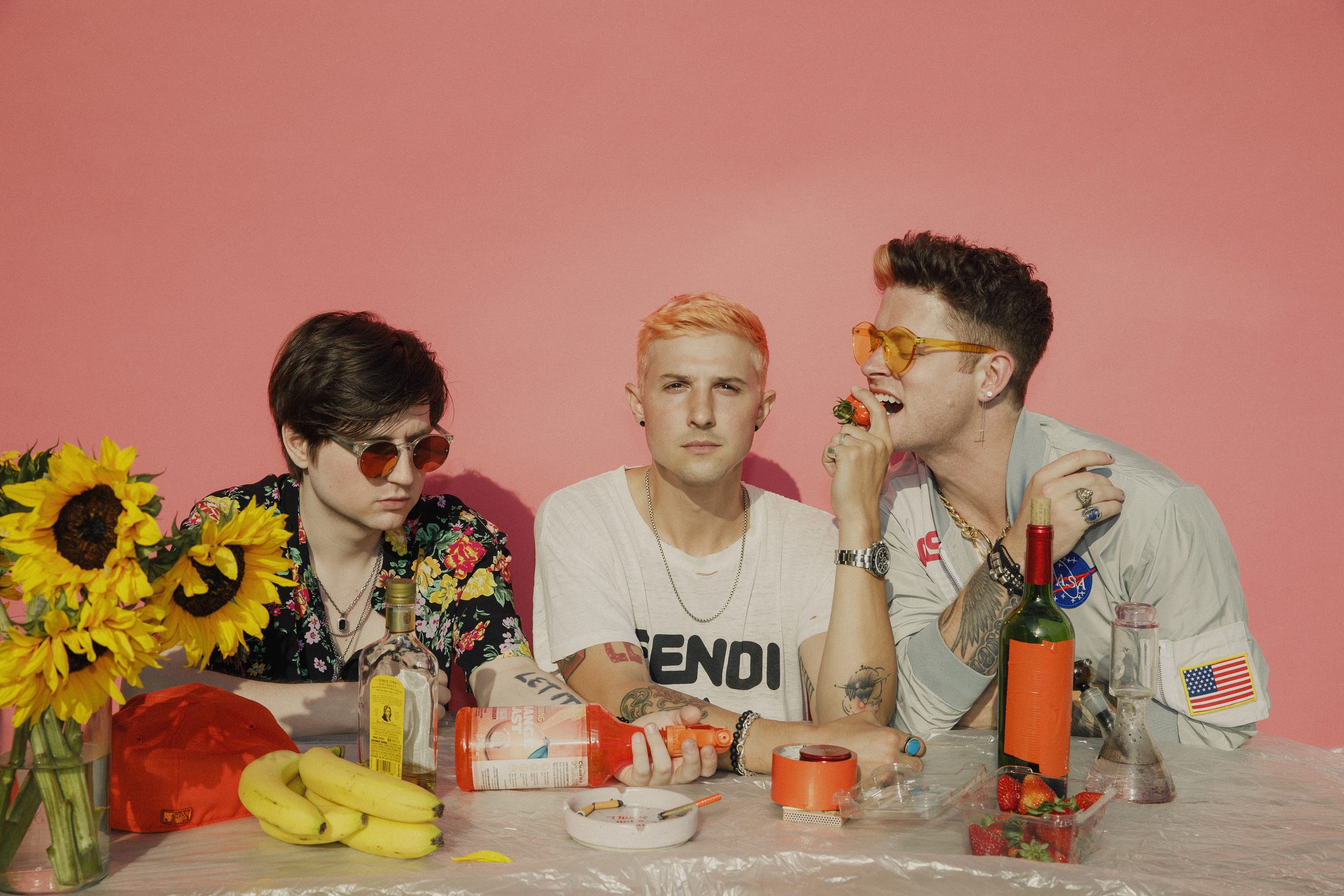 Earlier this month, Nashville-based indie-pop band Hot Chelle Rae released Tangerine, which is the band’s first album together after a five-year hiatus.

Now with the 5-track EP, Tangerine, Hot Chelle Rae proves they’ve still got it. The new music features HCR’s signature catchy, anthemic music that’s perfect to jam out to while taking your mind off all of your quarantine worries.

Recently, HCR’s lead guitarist, Nash Overstreet, chatted with StarShine about Tangerine, their tour that, like so many others, got postponed due to COVID-19, and the band’s devoted fans. Read on…

I know you had a tour planned during this crazy time. Do you find yourselves wanting to tune in with your fans more to give them a taste of the new music live?

Agh! YES, we were literally about to start our first day of rehearsals when we had to cancel because of all of the COVID-19 shutdowns. All that excitement definitely left us in a MOOD. So we’ve been performing songs off the new EP, and droppin’ teases of a ton of unreleased ones over Instagram Live.

Tangerine is your first release in five years. What was the road like to get to Tangerine for all of you?

LONG! We did some solo records, produced and wrote for a bunch of artists in the mean time, and stayed close through all of it. I’d say it was a secret show in Japan that really kicked our ass into gear, and let us know fans were out there hungry for some new shit.

I love the EP! What’s been the reception like from fans and the industry with the new music?

It’s been so dope being able to drop this EP and have our fans react the way they have. From OG fans, to people who just are hearing us for the first time, they’re showing us crazy love, and making us even more inspired to keep on making more!

How do you feel your sound has evolved over the years?

It’s definitely a lot freer now. Music has opened up, and the genre lines are all blurry in the best way. We’re pushing our signature sound outside of what it was, adding in elements from other styles, while keeping our whole lyrical weirdness. 😉

We collaborated with some super talented producers on this EP. Our newest song, “Too Much”, was produced by Cameron Montgomery (in my living room haha), who did Ryan’s solo country album, but was also our guitar tech for years before all of this!

One of the first sessions we did after getting back together, and that really set the tone for this new music, was with David Hodges and Whakaio Taahi, who I co-produced “Tomorrow Me” with.

The title track “Tangerine” we did with Jerrod Bettis, who brought in a really cool twist on our vibe, and I produced the songs “Stay” and our leadoff single “I Hate LA”.

Are there any artists out now that you really admire?

There’s so much fire out right now. We got Billie Eilish being a straight genius, to Ty Dolla $ and Doja Cat giving us some 2020 anthems. Blackbear has been killing it too, and has been working with our homie, Andrew Goldstein, who produced our song “I Like It Like That”.

What’s the one thing that’s keeping you sane during quarantine?

Tequila and the studio. Thank God I can produce music from my living room and keep us releasing more through this whole weird time. I can’t imagine just watching Netflix the whole time!

Where is the first place you’re going to go when quarantine is over?

Well, it being over and being back to normal are probably very different, but I can’t wait to just go out and meet friends at a bar and act up. I’m sure we’re all in need of feeling a little more okay with some physical affection too at this point! Haha!

When you do get to tour for this EP, what can we expect from the live show?

A bunch of new songs and we always play the hits we’ve had. This upcoming tour will be a different setup than we’ve ever done. It’ll be the three of us and a lot more room on stage for visuals and lighting than we had before. We’re so hyped to bring a brand new show to the fans!

What would you like to say to all of your fans out there?

We love you to death for ridin’ with us for however long it’s been and thank you for streaming the shit out of all of this new music! There’s a lot more coming! Stay tuned on all the social things and be safe while you’re cooped up at home!

If you could dedicate any song in the world to your fans, what would it be?

I’d say “Too Much”. It’s been connecting hard on the lyrics: “I know when I’m up at 3am, I’ll just end up texting you again”, and “I think about my ex too much, I drink too much”.

Watch the unofficial video for Hot Chelle Rae's New Single "Too Much"!