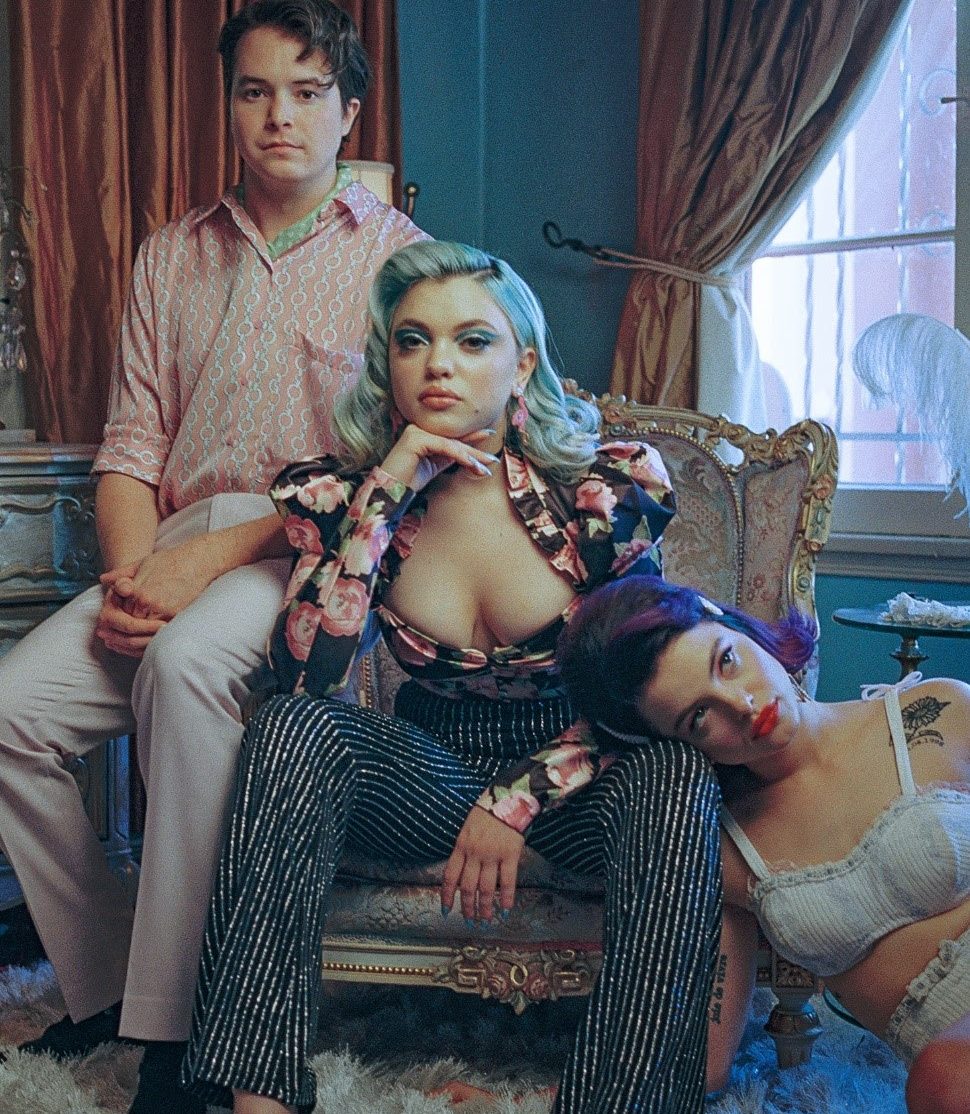 Hey Violet released a new single, “Clean” over the weekend on Capitol Records and available for streaming and purchase from all digital partners. In addition, a band-directed official lyric video for the song debuts today at Billboard.com. “Clean” follows the band’s previous 2019 singles “Better By Myself,” “Close My Eyes,” and “Queen of the Night.”

“’Clean’ is a song that feels somewhere between freedom from a relationship and being in denial with yourself,” vocalist Rena Lovelis says. “You may be happy to be out of a relationship, but you’re simultaneously trying to convince everyone that the break-up didn’t bother you at all. There is interesting dimension in the song because it’s about loss while also sounding completely celebratory and carefree.”

Billboard.com premiered the video for “Clean,” which features stop-motion animation that the band filmed and directed themselves over two days, saying, “the glittery new single and homemade video shows just how much creative energy (Hey Violet) are willing to expend…”

Says guitarist Casey Moreta, “at the end of the first day of filming, there was a big earthquake which ended up moving the set and all the props around. Luckily, we had taped the majority of the stands holding everything up so nothing got too messed up.”

“I feel like as a band we have a really hard time waiting for things to happen, so when we’ve got a day or two, we’ll try and crunch out a bunch of ideas,” says drummer Nia Lovelis. “The only way we’re ever satisfied is if we’re being creative and productive and pushing things forward. None of us has any background in stop-motion, but I’m obsessed with it. It definitely won’t be the last time we explore this.”

“Clean” is the fourth new track Hey Violet has released this year. Idolator called the first, April’s “Better By Myself,” “as catchy as it is relatable.” In June the band unveiled “Close My Eyes” followed by “Queen Of The Night” in September. Watch a live performance of “Queen Of The Night” from the fames Capitol Studios HERE.

Hey Violet’s 2017 debut album From the Outside featured the singles “Guys My Age,” which has amassed over 300 million global streams, “Break My Heart,” and “Hoodie,” which has surpassed 300 million streams. The album racked up critical praise, including accolades from The New York Times, which called it “one of this year’s best and most provocative pop albums.” Stereogum noted that it “has plenty of attitude thanks to Lovelis’ vocal and lyrical presence,” and NYLON declared, “I challenge you to find a debut album as explosive and technicolored as Hey Violet’s ‘From The Outside…(the album) pulses with cheeky hooks and middle fingers to the status quo. Lead singer Rena Lovelis’ voice is arena-shaking. You’re in for one hell of a ride.”
Over the past few years, Hey Violet, which is Rena Lovelis, her sister Nia Lovelis (drums), and Casey Moreta (lead guitar) have steadily built an engaged fanbase with their powerful, immaculately crafted alt-pop songs. “Guys My Age” was named one of the Best Songs of 2016 by The New York Times, who called it “teen-pop’s revenge: an urgent dark song about sexual rebellion” and one of the 20 Best Songs of 2016 by V Magazine. In 2017, Hey Violet was also nominated for an iHeart Radio award for Best Underground Alternative Band, dubbed an “Artist Primed For A Breakout” by Billboard, and named “Artist To Watch” by The Guardian, PopCrush, and more. The band has racked over half a billion streams worldwide, sold out their North American headline tour and performed on both The Late Late Show With James Corden and Late Night With Seth Meyers.

Watch the lyric video for "Clean"!